Buddhism, politics and mind poisons, or, how will we ever be friends again? 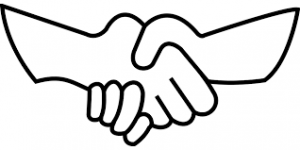 Recently I pruned my FB. I unfollowed several political sites, exhausted by the hatred on both sides. We (liberals) used to be better than this, as my younger son reminds me. We’re often called ‘wishy-washy,’ but I don’t buy that. It used to be that we tried — most of us tried hard — to listen to all sides. And there are always more than two.

As a young woman, my father took me with him to various political rallies & fund raisers. He was a life-long old-fashioned Democrat, although he voted for Nixon over McGovern. My father, veteran of several wars, was no pacifist. Nor was he a ‘warmonger,’ however: he was all too well aware of the sacrifices our military veterans have offered up. Their lives, in many cases. Their health — physical, mental, spiritual. Sometimes their marriages & families, in the wake of trauma too brutal to bear w/out damage.

Today? One candidate has mocked the disabled, also ‘teasing’ about how veterans w/ traumatic brain injury, or PTSD, are ‘weak.’ Let me make myself verrry clear: you don’t tease about things like this. It’s (at the very least) RUDE in all caps. And worse? It cheapens loss. Loss so great (a son or daughter?? a limb or TWO?) I flinch to even imagine it.

The same candidate (not mine; surprised?) also has said horrible, predatory, unforgivable things about women. Even implying things about his own daughter. And across America — even in my own family — respond it’s only words.

Let me make another thing clear: words are my JOB. They also are my passion, my joy, and my salvation. Words are what we have, folks. They’re what we use to get out of our own lonely worlds & see the other worlds around us. But they’re also weapons — vicious, deadly weapons. They create racism, rape culture, foment hatred & feed the fires of fear. Words are never ‘just’ about speaking ~ they’re about convincing, persuading, arguing, & sometimes killing.

So: w/ all the vitriol ~ just words ~ spewed over this election’s looooong process, how will we ever be friends again? I have cousins who’ve deleted posts that don’t jibe w/ their political beliefs. Cousins who honestly believe my candidate is the anti-Christ (a direct quote). Family who believe that the very fate of their religious future hangs on this election. Me? I don’t follow spiritual traditions that make it okay to beat children w/ straps, or say it’s okay to brutalise my black & brown friends in the name of ‘the law.’ I don’t think it’s okay to deny women the rights of their own bodies. I also don’t believe that a faith built on mind poisons is acceptable.

But I recognise that each of us believes in our own gods & spiritual traditions. Yours may be just words to me, but to you? They’re law.

Here’s the problem: there are millions of Americans who believe that hate is acceptable. And it’s hard not to succumb to hating the haters. I work daily against this — hate is the biggest of mind poisons, brought on by all three of the main ones: ignorance, greed, and anger. To give in is to lose what’s most precious about America, as well (not only Buddhism) — freedom of belief, & the ability to talk to each other about our differences.

It’s not happening these days, however. I’m wondering if it ever will again. And how to find the words to make it possible. Any ideas?

From Emmett Till to Terence Crutcher: a tragic timeline
archives most recent
More from Beliefnet and our partners
previous posts