From Emmett Till to Terence Crutcher: a tragic timeline

Faulkner could be writing today, about Terence Crutcher, who met his completely unnecessary death in my hometown, on Friday. That would be less than a week that Crutcher’s 4-year-old son has had to try to understand why Tulsa police shot his daddy, who had his arms in the air. Who was unarmed. Who had already been tased.

Please let that sink in: Tulsa police had already tased Crutcher, a 40-year-old father of four. Need I add that Crutcher was black? It’s such a familiar scenario in America these days that Chauncey Devega, in his Salon article, likens it to the background chord in a melody. Perhaps the dirge-like progression in a hymn on death, without redemption… 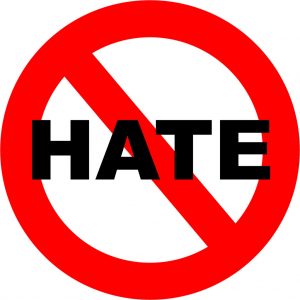 So America, I ask you: just what, in the name of all that preaches love, are we afraid of???

Much is being made of the shooter (please let me call her the murderer, which is how I think of her), white female police officer Betty Shelby, and her gender. She ‘felt threatened.’ As several white-aligned news sources have noted, Crutcher was ‘a big black man.’ Is that enough? Have we become so filled with fear and hate that just to be a large black man is enough to call down the death sentence? And once again: please don’t elide the tased part: here was a man her partner had already rendered immobile. Terence Crutcher was not going to cause her any trouble.

In the past few days, an alleged find of drugs in Crutcher’s car has made news headlines. Most Tulsans who know about the Tulsa police, and the city government, are certain it’s a plant. And really? Why should it even matter?? Crutcher wasn’t under investigation. He had car trouble, for cryin’ out loud! So: you murder him, and then assassinate his character?? After the fact… When Crutcher’s only defense is his family. Because the justice system is our friend, right?

Unless you’re Emmett Till’s family, trying to find justice. Or Terence Crutcher’s. And the (literally) THOUSANDS of black Americans murdered by police in the intervening six decades.

Sixty years later, what are we STILL afraid of, America??

Buddhism, birds, and working on happiness
archives most recent
More from Beliefnet and our partners
previous posts