I’m probably going to get a LOT of pushback on this, but at least in my family, men have worse tempers than the rest of us. And they don’t believe it!

Give a guy a cold, a fever, too much work, too many things to do, and he plotzes. Loudly, w/ a LOT of casualties. Women? For the most part — and I realise I’m generalising here — they ask for help, juggle, push through, or go to ground. They normally don’t punch the person next to them.

I say this as the mother of sons, the aunt of nephews, the happily-married-for-decades wife of my beloved, and teacher of many.

Here’s the deal: men evolved to erupt: in action, in fierce protection, in defense. It’s hard-wired beneath a relatively thin veneer of communal cooperation and politesse. Women evolved to collaborate, not to go rush mastodons.

As a card-carrying feminist mother, I swore my sons would have dolls (they did — could have cared less), Hasty Bake ovens, other gendered playthings. They wanted guns (not allowed in play form – they made them from Legos) and books on poisonous spiders. Now here’s the catch: so did I, as a little girl. So I’m well aware that generalisations should never become stereotypes. But I think we ignore our biologies at our own peril. Those times when my beloved would ask (very carefully, from a distance) if my ‘hormones might be running’? He was correct far more often than not. That’s biology, as long as he doesn’t use that as an excuse to ignore legit issues.

(He almost never did.)

Biology isn’t destiny, of course. It’s predisposition, or predilection, or an easy four-lane instead of the off-road scenic route. We don’t HAVE to give in to what we’re programmed for. There are so many examples of this I probably shouldn’t even bother going here, but a few come to mind: decisions to stay single, not to have children, not to have biological children, to remain celibate, to live in solitude and/or silence. None of these would serve the species well biologically — they almost certainly aren’t, in other words, hard-wired in. They’re conscious choices we make, according to our contemporary lives, needs, desires.

Like not punching the person next to you when you’re upset. That’s another good one to cultivate. Just sayin’….. 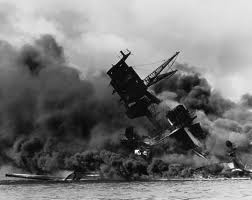 In Praise of Teachers Under Attack, reprised
archives most recent
More from Beliefnet and our partners
previous posts