In Praise of Teachers Under Attack, reprised

I am so sick of anti-teacher ignorance that I could spit, as my Aunt Bonnie would have said. “It’s nearly impossible to fire a bad teacher.” No. No, no, and no, it’s not. But you don’t REALLY know that, do you, businessman David Welch? Or Time editor Nancy Gibbs? What you know is one small piece of ersatzeducation reform: your own agenda.

I’ll come back to hatchet jobs on teachers (such easy victims, aren’t we?) in a moment. Right now, I hope you’ll stay w/ me for a couple of short stories.

Several years ago, my mother was ill. She had broken her hip (osteoporosis) in a fall. Her primary care physician put her on anti-inflammatories. Please note: this same doctor had been caring for my mother throughout her previous long-term bout w/ ulcers. Still, he gave her NSAIDs, which totally tear up your stomach. And my mother became very, very ill.

At work one day, my sister’s phone call: Come quick. She’s hemorraghing. I made record time. They had to do a snipping of my mother’s bile ducts. Between the hip — he mishandled that as well — and the blood she lost, and the recovery? She spent 3 months in the hospital. And she never went home again — moving into assisted living as her Alzheimer’s spiraled heavily, following all the health disruptions. A note here: that’s what Alzheimer’s does, folks — it drops in function w/ each health (or other) disruption. My mother lost large pieces of her mind, as well as mobility and her bile ducts. It was a downward spiral into fœtal position from there.

That doctor is still practicing. No firing, despite criminal negligence.

Years earlier, we fought w/ my father’s family, who wanted total control of his monies. My father’s lawyer lied on the witness stand, conveniently ‘lost’ my father’s last will, and sided against my mother. Who ended up without a cent, and w/ all the debts my father had run up. Had we not been able to help her, she would have become homeless. She had nothing. I repeat: NOT. A. CENT.

That lawyer practiced until his death.

Each of these are, while isolated anecdotal cases, not untypical of ‘bad apples’ in other professional barrels. And there is little recourse for such mishandlings. Witness the many wrongful deaths for black Americans at the hands of supposed ‘officers of the law.’ Re: officers of death, if you’re a black male.

So what’s up w/ hating on teachers?? There are — as I’ve noted here & elsewhere — far fewer evil teachers than evil doctors, lawyers, police, judges. I mean this: I know (literally) hundreds of teachers — possibly thousands, seriously — and I know so few who are even unpleasant, much less worth terminating.

And yet? We act as if the few unpleasant teachers — who contend w/ some of the most difficult of work environments, for really crap wages — are the norm. And it just ain’t so, America. Maybe it’s because teaching — unlike law, medicine, & Wall Street (talk about villains!) — is mostly women. And women make easy shots: they usually don’t talk back. They just keep on keeping on. Like…teachers. Fill their workday w/ BS paperwork, and teachers will take time out of their personal lives to grade, to reassure kids, to call parents. They’re the best people I know.

Maybe if teachers had more support — the salaries of doctors, lawyers, even police (all of whom make substantively more than teachers do, at least in OK); the support of parents; more time to plan & work on classroom matters other than BS paperwork & high-stakes testing — they wouldn’t be leaving the profession in droves, or just refusing to enroll in the first place.

Why enter a profession that Kansas, for instance, has just said is no better than babysitting (hiring non-degreed ‘teachers’ to ‘teach’ classrooms, due to the decrease in certified teachers)? Since we all know that people who can afford it do NOT send their students to schools where teachers have no teaching background, only ‘subject matter expertise.’ As James Neff, a chemistry teacher from Manhattan, KS district 383, noted: ““A subject matter specialist is just a subject matter specialist, but a teacher is something different.”

Unfortunately? That’s not the myth spun by those in favour of privatising (& profit-ising) public education. Think about it: how many truly awful teachers do you know personally? Vs. how many shady figures from those other professions…? And how many truly amazing teachers have had an impact on your life? Just sayin’, America. Just sayin’. Seems to me it’s not teachers we should be villainising, but those who have it in for them. 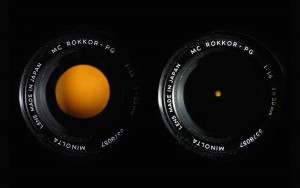 moving toward light: opening up and letting go
archives most recent
More from Beliefnet and our partners
previous posts