day 25 of Thanksgiving month: gratitude in the wake of #Ferguson

Today, in the wake of Ferguson, my beginner’s heart is breaking. There seems so very little to be grateful for. I wasn’t even going to write. And then I thought — there is one sad, terrible thing for which I am grateful for. Something I shouldn’t even have to think about — the race of my children. Because as Michael Brown’s mother found out yesterday, there is in this country a different set of rules a different kind of ‘justice’ for America’s black and white sons.

My sons are white. And I guarantee you that if one of them had, as it is ALLEGED Michael Brown did (conflicting testimonies on this one, as with most of the Ferguson tragedy), steal a pack of cigars, NO ONE would shoot them multiple times and leave them in a pool of their own blood. In the street. Like roadkill.

And please don’t forget: Michael Brown wasn’t stopped for theft. He was stopped for jaywalking. And shot for being a black male, taller than his murderer. Scary, apparently, because of all the above.

So today, in the wake of a tragic decision by a kangaroo court, in a city only a few miles from the site of Dred Scott’s equally bogus legal justice, I am grateful that my boys are white. I am grateful that the men of other races I have loved over my life are not any one of them the father of my children.

But I worry about their children, and the children of my cousin’s daughter. Her son. My own brown-skinned grandson. His uncle. Dear friends and their children. Age is no protection — older black men have been murdered at the hands of the ‘law’ as well as the young. And NOT ONE of these dead men — Eric Garner, John Crawford, Ezzell Ford, so many others — was bearing arms.This is why I say: in America today, there is one kind of justice for black sons, and another for white.

My heart goes out to the mothers of black and brown boys across America. Keep your children safe. Chances are, the law will not. 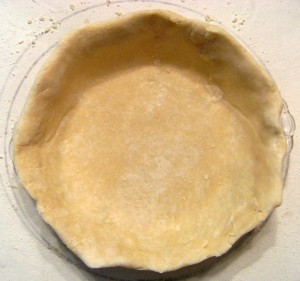 day 24 of Thanksgiving month: getting ready (or not...)
archives most recent
More from Beliefnet and our partners
previous posts