What did George Fox say? or, the Quakers vs. the Puritans

I’ve been thinking a lot lately, trying to make sense out of the craziness rampant in too many American city police departments. The newest idiocy is the story of a St. Paul, Minnesota man who was, basically, tased for sitting while black. Oh — in a public space. And because he didn’t give police his name. (Note: there was no legal requirement he do so.)

Wow. Shades of the Puritans, whom I had to study for an entire semester in grad school. My own fault — I thought it would help me make sense of American lit. What it helped me with is the rationale behind so many of the apparently irrational actions of so many of today’s Americans.

I linked to the very witty — and great fun! — video of Quakers parodying Ylvis’s song ‘What does the fox say?’ to help Americans unfamiliar w/ the wonderful spiritual tradition of Quakerism understand its basic tenets. You can read The Scarlet Letter, or most of Hawthorne, or The Crucible to see the Puritans in action.

The Quakers believe that good fortune is a blessing, and nothing you necessarily ‘deserve.’ Big difference, but obvious still today.

If you get tased by a cop, Puritans would say, it’s YOUR fault. NOT the fault of the racially paranoid clerk at the store, or the racially motivated police. Yours, even if you’re following the law. After all, if you’re black? God must not love you as much. Or something.

I’m only a tiny bit kidding here. This is certainly the attitude behind much of the random horror I see in American culture today. A woman who took on the notably sexist gaming establishment received so many death threats that she fled her home. She must be the cause of her own endangerment, according to several folks I’ve read commenting. After all, SHE spoke out.

What can we,working hard to love each other, working on fragile and easily ignited (at least in my case) beginner’s hearts, do? Is there anything to help me reframe the ugliness I seem to see in so many Americans?

There is. I can reframe: I’m can try to be more like a Quaker — assuming folks have good intentions, even when they do squirrelly things. Talking them to find out what those intentions are (although the guy w/ the 9-year-old girl and the machine gun still eludes me…) This gets increasingly complicated, as noted. So I’m implementing a news diet, cutting back on what gives me very bad heartburn. And reading more Friends Journal, which usually calms me with its lucid take on today’s moral dilemmas. You might try something similar. Blame is going to get us nowhere at all. Or perhaps, more accurately, nowhere I would want to go. 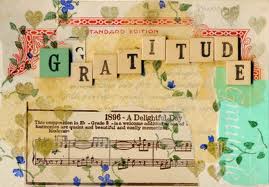