Total science nerd here. I  adore science. Really — every year I buy the Best Science Writing 20-whatever. Or else my husband gets it for me as a present. 🙂 If I had my life to redo, I’d probably be a scientist. Or at least write more about science.

Which may be why I’m ambivalent about the above animation. Like many, I believe Stephen Hawking is a great mind — but there are some pretty obvious holes (and no, I’m not punning on the infamous black kind) in this short.

First of all, this is a theory. And here’s where we begin to have semantic issues. The word ‘theory’ pivots on two separate ‘meanings’ in science. Ergo the conflict with creationists over the ‘theory’ of evolution.

It’s not hard, actually, to untangle the semantic snafu. Gravity is a theory just like evolution: empirically derived. Meaning, folks used observations to craft it. They saw things drop. Experimented with dropping them. Measured time, distance, all that stuff. Same with evolution. People find fossils all the time. Including ones that prove pretty indisputably the interconnections on the tree of life. 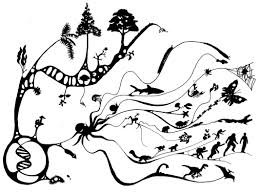 An aside: no scientist says men ‘descended’ from ‘monkeys.’ People share with all primates a long-ago common ancestor. We also share a common ancestor with all other mammals. And, ultimately, with all life on the planet. Kind of a nice Buddhist thing to think about…:)

But back to the point: the difference between Stephen Hawking’s ‘theory’ and the theory of gravity or evolution is that Hawking’s theory is NOT arrived at empirically. In other words, his theory is internally rigourous, IF you accept his premises (basically Hawking radiation & his description/ definition of a singularity). The other stuff he bases it on is pretty commonly accepted. Maybe not verifiable — borderline empirical — but far more mainstream. Kind of like the way we accept certain ‘theories’ about the centre of the earth. No one’s been there, so we don’t know. But we’re pretty sure of certain things about it — like magma, the magnetic core — they fit what evidence we do have.

That’s the rub. Creationists say there’s only a ‘theory’ of evolution. The term in their sense — theory — means ‘you don’t (and can’t, really) know this.’ But actually? We have evidence. Fossil evidence. There is incredibly strong empirical evidence to support evolution; about 97% of scientists say it’s so. In 2006, only 600 scientists signed on against Darwinism, and this from a pro-creationism source. There is NO empirical evidence to support a creationist world view, any more than there was for a cosmology of Greek gods.

Are you bored yet? 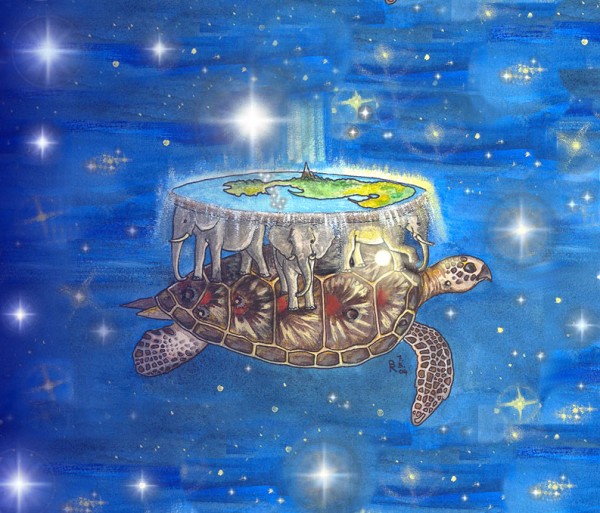 Because this has a point, and it’s about beginner’s heart. We often want to believe things — it’s called attachment. And, sometimes, faith (still a kind of attachment :)). But seeing is a form of believing. The Buddha was a skeptic, dismissing the whole discussion of an afterlife and/or reincarnation until we got our heads around the lives we lead here. Now. Remember the part about it all passes…?

So yes, I follow science. And I’m a tad insulted when people who don’t say, “Oh! You BELIEVE in science.” Well actually? There’s no ‘belief’ involved. The sun rises and it sets. The earth revolves around the sun, which thus rises and sets. And we are not carried through the void on the back of a turtle, which was once a popular belief throughout the world. You can SEE these things. It takes far more ‘faith’ to believe in not-science. In other words? You believe in whatever isn’t science.

This matters because as long as people feel they can do whatever they want — think: priests who molested children, nursing home workers who abuse their patients, criminal politicians and bad teachers and whomever… — and receive absolution from their guilt? They’ll continue to do it. And as long as science is sidelined by religicos, we’ll continue to pollute the planet, citing not-science to excuse the change in climate. After all, it’s all only theory, right?

My beginner’s heart is trying hard to breathe through my frustrations w/ anti-science folks. I’m sure this is good for me . But I’m not so sure about the planet…