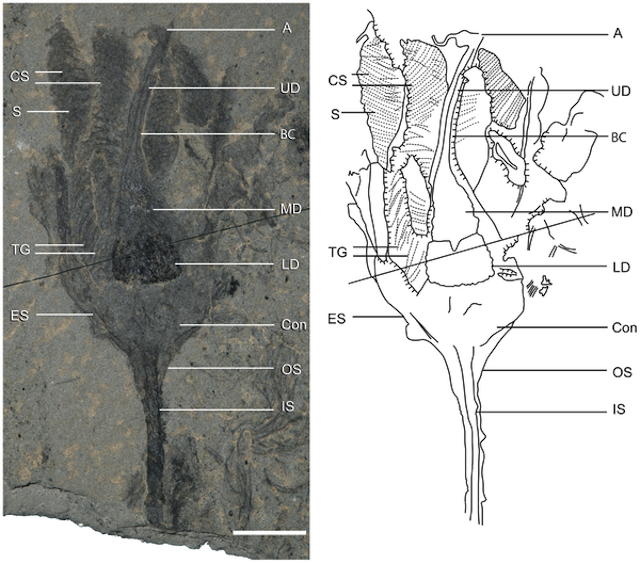 This thingie is a problem, for scientists. A sedentary, plant-like animal. Cambrian era, so not a really pressing problem. But a good metaphor. I know!  I know! Soooo many things are…

So I just learned that there is a whole category of these weird things that don’t fit: problematica. Really. Thingies (that’s what we call them at my house) that defy categorisation. This is my life, folks.

Ask me what I think on anything more complex than breakfast, and the old heart/head kick into boxing. Or is that kick-boxing…? At any rate, take the current situation with Syria. I don’t want the US to be the world’s cops. The engaged Buddhist in me, however, notes (as a friend has) that we shouldn’t stand by idly & shrug when someone offs more than 100,000 human beings.

And then my head kicks in again, and I wonder why we only seem to care about the Middle East…? Could it be that pesky fuel stuff? When Rwanda was imploding, we stood by. It took a major political upheaval to get help for the Bosnians, who were massacred by the Serbs. Sudan, Congo…There’s a long list of folks we didn’t rescue.

In other words? Syria isn’t easily categorised as help/ don’t help. It’s messy. Problematica, you might call it. And I think just knowing that even scientists — dealing with objects long dead — can’t figure out which box is for what, is a huge relief. If you study this stuff all your life, and still go off on whether it’s a plant or an animal (and yes, I know it’s not as easy as it sounds), then I can relax about so many of the moral questions that vex an engaged Buddhist.