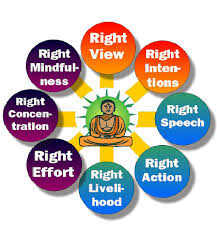 Labour Day isn’t a Buddhist holiday. 🙂 Although it seems to me to embody something critical to Buddhist thought: respect for our daily work. ‘Right livelihood’ is a basic tenet of Buddhism: that you will harm no one with your work, that you will contribute to society, and that you will grow in awareness. So Labour Day — which celebrates the workers of the world, and what they do for all of us — seems a good time to consider some challenges with ‘work’ in  America.

Almost half a million children under the age of 18 work as farm hands in the US: 400,000 to be more precise. Some are as young as 6 years old. And it’s the “most dangerous work open to children in the United States,” the Centers for Disease Control’s National Institute for Occupational Safety and Health says. There’s danger from heat stroke, machinery, and pesticide poisoning, just to mention a few threats.

How is that? Why do we still let young children work at jobs that risk their health, even their lives? “On average, 113 youth less than 20 years of age die annually from farm-related injuries (1995 -2002), with most of these deaths occurring to youth 16-19 years of age (34%).” That’s according to the CDC, which certainly collects the statistics.

Recently, when changes to the 1937 exemption for agriculture’s

use of child labour were proposed, the outcry was loud and long. Certainly farms autonomously owned & managed by families — and despite what the US Dept of Ag says about 98% of farms being family owned, the truth is that 75% of American food comes from 6% of American farms, according to a 2007 census. That’s not what most of us think of when we think of family farms.

And the death of any child is grievous. All deaths sadden, even those of the elderly. But to see the potential of a child cut so early? That is — for me, at least — a deep loss. And it certainly isn’t part of Right Livelihood.

Today, as we enjoy this Labour Day weekend, think of this: all we have to vote with, ultimately, are our actions and our $$ (which are a kind of concrete taking action, when — and where — we spend them). Take the time to look up what you eat, what you wear. Don’t buy from companies or producers who violate Right Livelihood. It’s not that big a deal not to shop at WalMart, or buy from Taco Bell (both of whom violate fair labour practices. And it’s even trendy, these days, to know where your food comes from. But that’s only a little part of it.

Use what power we have, each and every individual one of us. Vote for Right Livelihood, and life, this Labour Day. You might help save the life of a child.