Question submitted via Formspring:
“I’ve been in a long distance relationship with my boyfriend since January.   We don’t talk much, and I’ve only seen him on his birthday in the last three months, and I had to meet him half way.   He says he needs space, because he is overwhelmed with his 70 hour work week, and trouble with his 12 year old son.  He says there is no one else…should I move on?”

We talked about this one at length in a recent episode of Rise UP with B. Dave Walters, along with:
Angels and Spirit Guides!  Whether or not ghosts are real, how to deal with things that upset you, how to stop running from love, how to stop picking jerks, how to forgive, and much, much, more!

For now, let us break this one down into pieces:
You’ve been in a long distance relationship for six months (January to July).
Out of those six months, you’ve seen him once in the last three, and you had to go meet him.
He works 70 hour weeks, and apparently has a troublesome 12 year old.
He is asking for space, and you are wondering if you should move on.

The simple answer is: yes, yes you should move on.
The more complete answer is for whatever reason, he is not making you a priority in his life.  As we’ve talked about before, if you can’t communicate, you don’t have a relationship; this is especially true in long distance relationships.   You have seen him once, for 50% of your relationship; not to mention the fact that you don’t talk often.   Add to that, a 70 hour work week, and unless he is planning on switching jobs soon, you won’t be talking any more in the near future.

And then, there is the question of his ‘troublesome’ 12 year old son; another issue that isn’t going to be going away any time soon.   But, here is the number one reason why your relationship is over: he told you it is.  “I need space,” is guy code for “I want to break up.”  Sometimes it might mean I want to see someone else, and decide if I like them more than you, or something like that; but it NEVER means anything good.  The distance, combined with his work, combined with his son, combined with the fact that you are not only first on his list, you are third or fourth, all equals one thing: move on. 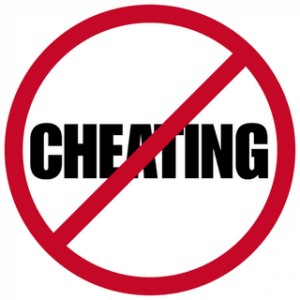 Q&A: ‘Should I cheat on them to get even?’
archives most recent
More from Beliefnet and our partners
previous posts