Question submitted via Formspring:
“I caught my wife cheating on me. From what I know, it was only once, and she is sorry. To remedy our marriage, she has given me permission to have sex with another woman of my choice. This is very tempting, but I’m afraid it will only make things worse.”

We talked about this on a recent episode of Rise UP with B. Dave Walters, along with: finding a wonderful relationship! Plus, do opposites really attract, can long distance relationships work, what to do with a coworker stealing, why liberals live in the city, and conservatives in the country, and much, much, more!

For now, let us break this one into pieces:
You caught your wife cheating (how?)
It appears she’s only done it once, but regrets it.
You are apparently willing to stay with her, and she apparently wants to stay with you.
She’s given you ‘permission’ to sleep with another woman.
You are considering doing it (obviously), but are afraid it will make things worse.

Well, your hunch is correct: it will absolutely make thing worse.  Because, if you think about it; how could it possibly make things any better?

Your wife is attempting to alleviate her guilt by bringing you down to her level; she’ll thinks she’ll feel less guilty if you are just as guilty.  But the fact is, she is trying to let you ‘get even’, but it will do nothing of the sort.  You may actually find something in the other woman that you prefer over your wife; or even worse, your wife may just believe you do, which will just drive the wedge further between you.  Why would adding more infidelity and distrust to the relationship in any way help repair the damage that has already been done?

Since it seems clear that you want to ‘remedy your relationship’, first and foremost dismiss the idea that you doing the same thing is the solution, it will only lead to chaos.  Instead, first and foremost, try and understand why she cheated in the first place; not getting even in any way.  If you can’t forgive her for what she’s done, your relationship is doomed anyway.  What is it she was looking for that you aren’t providing? Nurturing?  Excitement? Sex?  Was her father a womanizer, and she’s unconsciously living into that now?

Something is lacking in your relationship that left a space for another man to enter; find out what it is, and set about filling that gap.  And as a side note, if she says she was drunk or something like that, remember that all alcohol does is remove inhibitions; if she got drunk and fooled around on you, it’s because she wanted to do so all along.

Once you set about fulfilling her needs, you’ll also need to start rebuilding the trust in your relationship.  You say she’s only cheated once, but you caught her in the act; that either means she is terrible at keeping secrets, or you were already checking up on her.  If you felt the need to snoop, the trust may have already been lacking.  Once again, to be totally clear: if you are unwilling, or unable to put this behind you and start from scratch, it’s better to walk away now.

No matter how you look at it, rebuilding your relationship will be a process, and probably a long one.  Realize she didn’t get to the point of infidelity over night, and you won’t get to a point of total trust over night, either.  You may be mad at her for a long time, and even after you think you’ve forgiven her it may come up again; but that just means you’ll have to release it again, too.  The fact is, she made a mistake; which doesn’t make her a terrible person, it makes her human.
However, you should remember something important: once is a mistake, twice is a choice. 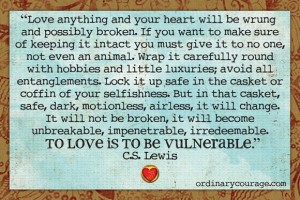 Q&A: ‘Why do I run away when I develop feelings for someone?’
archives most recent
More from Beliefnet and our partners
previous posts