Understanding Mr. Right; Or, how to train your husband (VIDEO)

Even though my emphasis is on ‘Spirituality’, the fact of the matter is the easiest way to see God is through feeling the love of that special someone.

One of the number one issues I deal with in myCoaching work, is in relationships. Bridging that gap between Mars and Venus to help men and women understand each other.

Now you may recall that I’ve already talked about how to find Mr/s. Right, so now I want to talk a little more specifically about men and women separately, and how we tick.

So in this article I’d like to give a little more insight into men, and what it’s like inside our heads and hearts.

If there is one thing that I can impress upon you, is that men are very, very, very, VERY simple creatures. If you ever want to know what a man is thinking, or why he does what he does, 9/10 times the simplest solution is the accurate one!
For the most part, we only want a handful of things: food, sex, sleep…and silence!

Our drive (for the most part) is to go out and hunt, to conquer, to be a warrior. And above all else: to spread the seed. It is our biological imperative to have as much sex as we can, as often as we can, quite frankly with as many partners as we can.

NOW, let me be clear!
I am not justifying male infidelity, we do not have to give in to these urges!
Any guy that claims that he can’t help it is fooling himself; self control is the very thing that sets us above the animals. But, the point I am making is the biological drive *NEVER * goes away. It doesn’t mean he has to do it, it doesn’t mean he isn’t in love with you, it is just how he is wired.

Consider that a man’s sexual peak hits in his late teens, just in time for him to procreate before he does something stupid and probably gets himself killed!
Whereas a woman’s sexual peak occurs in her mid to late 30’s, for reasons we’ll discuss in the next article.

If you want to motivate a man (or woman, for that matter) to do something, you always catch more flies with honey. What that that means is you’ll gain much better results through positive reinforcement then you will through nagging, which I explain in detail in the video below.

Now for something I have not discussed anywhere before now:
How to know if a man is, or is not, interested in you.

1.Does he say he is?
If he is asking you to spend time with him, or showing an excessive interest in you (more than you see him showing others), then chances are high he is interested. If he doesn’t show you any attention, or worse, tells you he isn’t interested then…he’s not.
Seems self evident, but you would be shocked how many people I know who are chasing men who have clearly told them it is not going to happen, and yet they chase him anyway.

2.Does he do things for you, however big or small?
He should be exerting some effort to see or talk to you.
How much he does will vary by the man, and the environment in which you interact. For instance, if he’s a coworker, maybe he asks you to lunch, or offers to pick up food for you. If you have a class, maybe he asks you to get together and study. Maybe he waits around longer than he has to in order to talk to you, or works to strike up conversations.
By the same token, if he DOESN’T do that; if he consistently leaves without you, if he is always giving you 1 word replies, if he forgets you when he gets coffee for himself: those are big hints that he’s not interested.

4.Do you have more than one way to contact him?
What I mean is, do you have his Facebook, cell phone, and home phone (if he still has such a thing)? If you call, does he answer more often then not, even if it is just to tell you he’ll call you back? Does he respond to your texts, more often then not?
Or does he take forever to get back to you, or is short with you sometimes?
It used to be if a man would give his cell phone, but not home phone number, it meant he was married, or at least had a serious girlfriend.
Because so many people only have cell phones now it’s not quite so clear cut, but if he only gives you one way to contact him, or only calls you back at odd times, or gets off the phone in a rush, these are all red flags that there’s someone else.

But, please, let me reiterate:
You can NOT argue, nag, or complain him into doing what you want him to do, at least not for long. Yes, I know you need reassurance from time to time, but if you are allowing your fear to make you paranoid, KEEP IT TO YOURSELF.

I have seen more relationships killed by one person’s insecurity then anything else. Yes, you have to find a way to communicate; if you can’t communicate, you don’t have a relationship.
But you have to take the time to face your fears and decide what is and is not worth saying. Remember, the measure of communication is in the response it gets; if you know something you are going to say is going to upset him, and not gain you anything, then don’t say it! 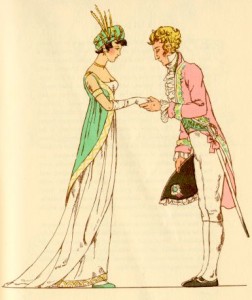 How to BE Mr/s Right, Or, spiritual loving II (VIDEO)
archives most recent
More from Beliefnet and our partners
previous posts