Are You Ready for Some Football?

One of the NFL’s biggest sponsors, Anheuser-Busch released a statement saying, “We are disappointed and increasingly concerned by the recent incidents that have overshadowed this NFL season." 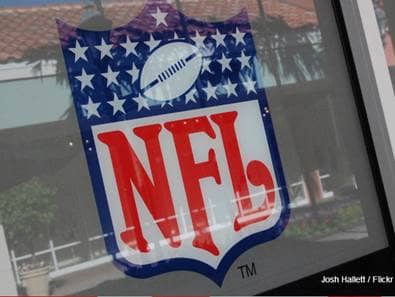 The National Football League has recently become a frequent subject within the news outlets but not because of the game. Due to several cases of domestic violence within the league, the NFL and it’s players have been under constant scrutiny. Commissioner Roger Goodell has been criticized for his course of action after a video went viral – showcasing Ray Rice, former Baltimore Ravens running back, punching his wife in an elevator.

‘‘My disciplinary decision led the public to question our sincerity, our commitment, and whether we understood the toll that domestic violence inflicts on so many families. I take responsibility both for the decision and for ensuring that our actions in the future properly reflect our values,’’ Goodell wrote. ‘‘I didn’t get it right. Simply put, we have to do better. And we will.’’

Ray Rice, former Baltimore Ravens running back, struck his now wife, Janay Palmer in an elevator after a night out. The video released shows Palmer unconscious after the strike, from Rice, sent her head into the elevator rail – causing her to be knocked out. Rice then attempted to drag Palmer’s body out of the elevator.

Rice was indicted by an Atlantic County jury on one count of aggravated assault. He agreed to enter a pre-trial intervention program, where upon completion the criminal charges would be dropped. Rice initially received a two-game suspension. Authorities and representatives from the hotel, where the elevator incident occurred, revealed that the NFL never requested the tape and other sources have confirmed the tape was viewable. No representatives from the NFL have confirmed or denied either statement.

Since the tape’s reveal, the NFL banned Rice from the league. Rice is currently fighting the legal dispute with the league since he was already administered a two-game suspension prior to the release of the video.

Several other domestic violence incidents have surfaced. Greg Hardy, Carolina Panthers Defense, was found guilty of assaulting his former girlfriend and threatening to kill her. He has appealed the guilty verdict and is awaiting a jury trial. Jonathan Dwyer, Arizona Cardinals Running Back, was charged with felony aggravated assault and eight misdemeanors, including assault, criminal damage and disorderly conduct. Dwyer head-butted his wife and broke her nose, during an argument on July 21st. Then the following day he punched her and threw a shoe at his then 17-month-old child.

Renowned Minnesota Vikings’ running back Adrian Peterson is another player being charged with domestic violence. Peterson could be sentenced to two years in a state jail and fined $10,000, after being charged with reckless or negligent injury to a child. Peterson used a switch to discipline his four-year-old son – who suffered cuts and bruises to areas including back, buttocks, ankles and legs. This is not the first time Peterson has been scrutinized for his parental disciplinary recourse – one of his other children suffered bruises from Peterson a year ago however, charges were never pressed.

In a statement Peterson released during a press conference he said, “Never imagined being in a position where the world is judging my parenting skills or calling me a child abuser because of the discipline I administered to my son.” Peterson has not denied the abusive act, he has only defended his actions by saying he used the same disciplinary recourse that was used on him as a child.

All of the players have been suspended from the league. San Francisco 49ers Defensive End Ray McDonald, one of the more recent domestic violence cases, is one of the only player currently playing. He allegedly assaulted his fiancé. McDonald has yet to be charged with the crime and representatives from the 49ers’ organization, in a statement, advised that they would allow the justice system to do their job. Once McDonald is formerly charged, the 49ers will follow the appropriate course of action.

Commissioner Goodell has met with the National Domestic Violence Help Line and is currently setting up programs within the organization to support victims and provide recourse. Many sponsors of the NFL have spoke out against recent domino effect of occurrences. One of the NFL’s biggest sponsors, Anheuser-Busch released a statement saying, “We are disappointed and increasingly concerned by the recent incidents that have overshadowed this NFL season. We are not yet satisfied with the league's handling of behaviors that so clearly go against our own company culture and moral code. We have shared our concerns and expectations with the league.”

There is no doubt that everyone will be watching as each player battles their own charges and how the league responds to the verdicts.