Are you struggling to maintain healthy, Christ-centered relationships? These strategies will help.

We all have relationship issues from time to time. We may be having difficulty getting along with a family member or co-worker. Or we may be at odds with a close friend. What I've found is that whenever our relationships suffer, it is because folks aren't being Christ-like in how they treat each other.

To learn to be Christ-like in our relationships, we have to consider the type of person that Jesus was. Let's face it: Jesus was not a difficult or immature person. He didn't give people the silent treatment. He didn't run around telling people off.

He was patient and kind. He served others. And He loved other people, even when they didn't necessarily deserve it. His was the perfect example of how to relate to other people. So, if we want to have good relationships, we need to follow his example. Below are some ways to do just that.

Jesus was a patient person. In the Book of Mark, it describes when Jesus goes to the Garden of Gethsemane to pray before He is crucified. He asks Peter, James and John to keep watch while He is in the garden. Three times He comes back to check on them, and each time, they have fallen asleep. He understandably isn't happy that they keep falling asleep. Nevertheless, He is patient with them.

Jesus was a problem solver. In chapter nine of the Book of Luke, it describes a scene where people have come to hear Jesus preach. After a while, the disciples tell Jesus that He should send everyone on their way to find food. Jesus doesn't do so. Instead, He solves the food problem. He feeds five thousand men (and an unknown number of women and children) with only five loaves of bread and two fish. It isn't just an incredibly miracle. It shows that Jesus was someone who didn't just point out problems. He solved them.

Jesus was not a judgmental person. In chapter eight of the Gospel of John, the Pharisees bring a woman to Jesus who was caught cheating on her husband. They advise Jesus that the Law of Moses says that such a woman should be stoned. Jesus responds by saying, "Let any one of you who is without sin be the first to throw a stone at her." Of course, no one casts a single stone.

If you want to have good relationships, be like Jesus. Don't judge other people. Don't run around telling people that they are bad, or that they "should feel ashamed" of themselves. Judgment isn't your job. It's God's job.

Remember that you aren't perfect. None of us are. So, settle down, admit your own imperfections, and stop judging other people. It isn't your place to do so. And when you judge others, your relationships only suffer.

See the Best in Others

When Jesus chose his disciples, He didn't pick people who were considered by society to be "the best." He chose people like fishermen and a tax collector. In fact, when Jesus asked the fishermen to be his disciples, Simon responded, "Go away from me Lord; I am a sinful man." (Luke 5:8) But Jesus saw the best in people, and He saw the best in Simon, in spite of his sinfulness.

Be like Jesus. Look past the imperfections of people. Instead, see the best in them. When you look at people, don';t simply focus on their imperfections. Focus on their natural gifts and potential. When you do so, you truly are looking at them with love. And when you treat people that way, they feel accepted and cared for by you.

My favorite parable is the Parable of the Prodigal Son. In it, Jesus tells the story of a man whose son demands his inheritance from his father. His father gives it to him, and then the son proceeds to squander it. Eventually the son becomes penniless and returns to his father in shame. His return is described in Luke 15:20. It is one of the most beautiful pieces passages in the Bible:

"But while he was still a long way off, his father saw him and was filled with compassion for him; he ran to his son, threw his arms around him and kissed him."

That is forgiveness. In this parable, the son did everything wrong. He disrespected his father. He squandered his father's money. He was a disaster. And yet, his father loved him and forgave him.

Through this parable, Jesus is trying to show that God will forgive us no matter what we do. But consider how much better would our relationships be if, like the father in the parable, we freely and easily forgave others? People injure us in far less dramatic ways, and yet, often we simply cannot forgive. If we followed the parable's example, our relationships, and frankly our world, would be so much better.

This week, consider how your relationships might change if you related to others in a more Christ-like manner. Be gentler. Be more patient. Give freely and see how your relationships improve. After all, enjoying great relationships with those closest to us is one of the greatest blessings that we can have.
Meerabelle Dey  is a columnist for Beliefnet. To read more from Meerabelle, visit her column Your Morning Cup of Inspiration. You also can follow her at meerabelledey.com. Meerabelle holds a B.A. in History and Religious Studies from the University of Toronto and a J.D. from Fordham University School of Law. 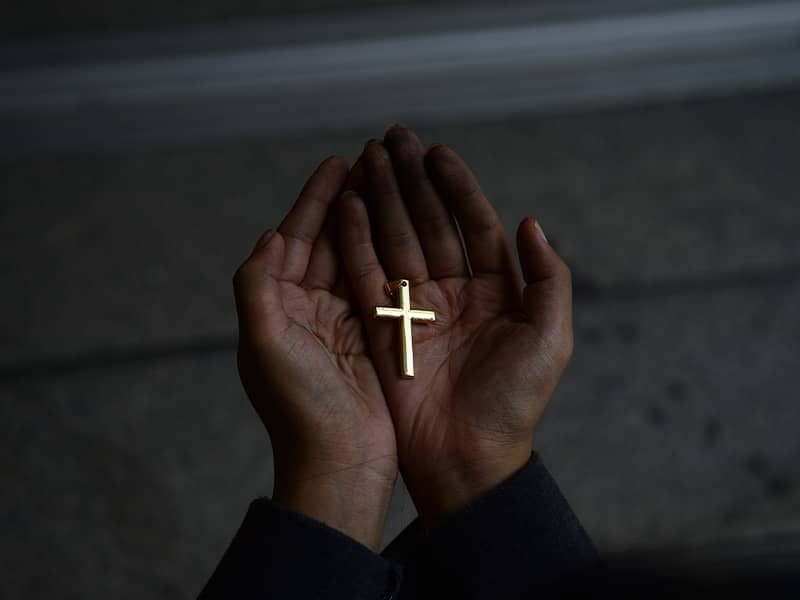 Is it OK for Christians to Wear a Cross?

more from beliefnet and our partners
Add some inspiration to your inbox
Sign up for Beliefnet's Love and Family newsletter.
From time to time you will also receive Special Offers from our partners
Meerabelle Dey