The 6 Greatest Popes of All Time

The best popes change not only the course of the church, but of the world. 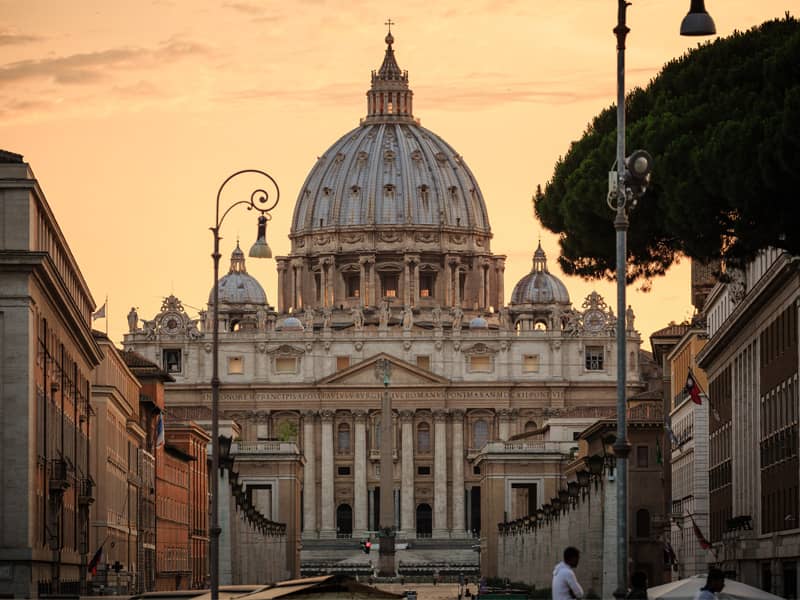 It may surprise you to know that it’s pretty hard to be the pope. This 2,000 year-old line of leaders of the worldwide Catholic Church may be considered infallible when defining doctrine concerning faith and morals, but they are still only human. And they bear an immense responsibility—the spiritual and moral leadership of over a billion human beings.

It’s no surprise, then, that some popes, throughout history, have been more up to the task than others, using the power of the papal office to change the Catholic Church for the better.

And even more importantly, some of these men not only changed the Church, but the world, using their historically vast influence to shape the very path of human history.

In light of that, let’s take a look at a few of the best popes of all time, what they accomplished, and how they did it. 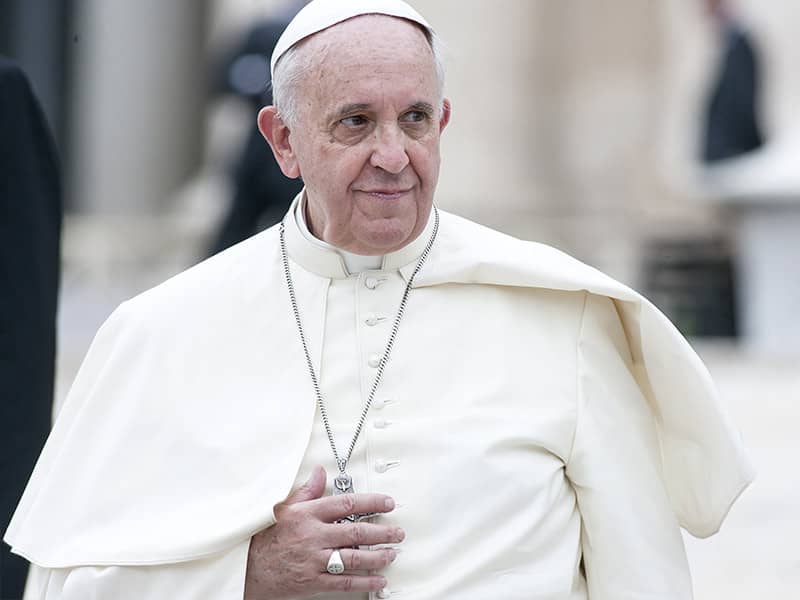 Jorge Mario Bergoglio, the man who is now known as Pope Francis, is a breaker of tradition. And he couldn’t have come at a better time.

With contemporary culture becoming more and more suspicious of the Catholic Church due to sex abuse scandals, corruption, and a rising spiritual apathy, Pope Francis has brought his faith back into the spotlight in a positive way.

His humility, emphasis on God’s mercy, and concern for the poor and oppressed have made him one of the most popular popes in recent history, and his work to establish interfaith dialogue has built new bridges between the papacy and other religious leaders.

From his very first day as pope, Francis was different—he chose a papal name that held associations with the poor, and—most tellingly—asked the crowd to pray for him rather than blessing the crowd.

The future looks bright for the Catholic Church as Pope Francis works to bring in more new members than ever through his sincere willingness to serve. 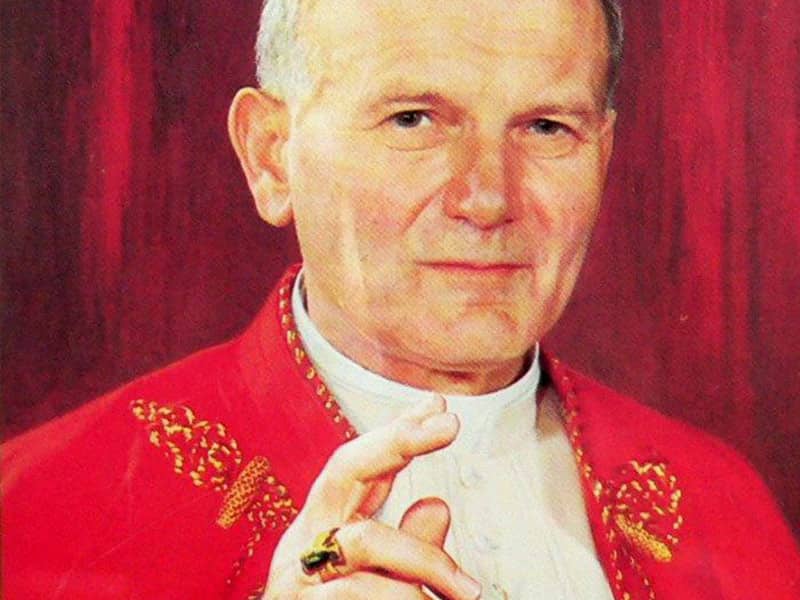 Karol J. Wojtyla became the first Polish pope— Pope John Paul II—in October of 1978, and continues to be remembered as one of the most beloved contemporary popes. His theology was second to none, and he took it upon himself to commission an official, modernized declaration of what the Catholic Church believed about God, creation, and humanity.

Not only this, but Pope John Paul II’s letter, “On the Dignity and Vocation of Women,” was groundbreaking—he described women as “the representative and the archetype of the whole human race,” embracing women as full persons rather than second-class citizens of the Church.

In addition to this, he also personally helped bring about the fall of a little something called the Iron Curtain.

Pope John Paul II lived through the Nazi occupation of Poland, witnessing the sufferings of his people during WWII. During his time as pope, he worked to normalize relations with Communist Russia, urging them to bring the Berlin Wall down.

His continued work in promoting the ideals of unity and kindness laid the framework for the eventual breaking of the entire Iron Curtain, and the peaceful reunion of the East and West.

He didn't stop there, though. The drive to save people from inhumanity pushed Pope John Paul II to have a hand in the peaceful fall of several other dictators, for which he is still vividly remembered to this day. 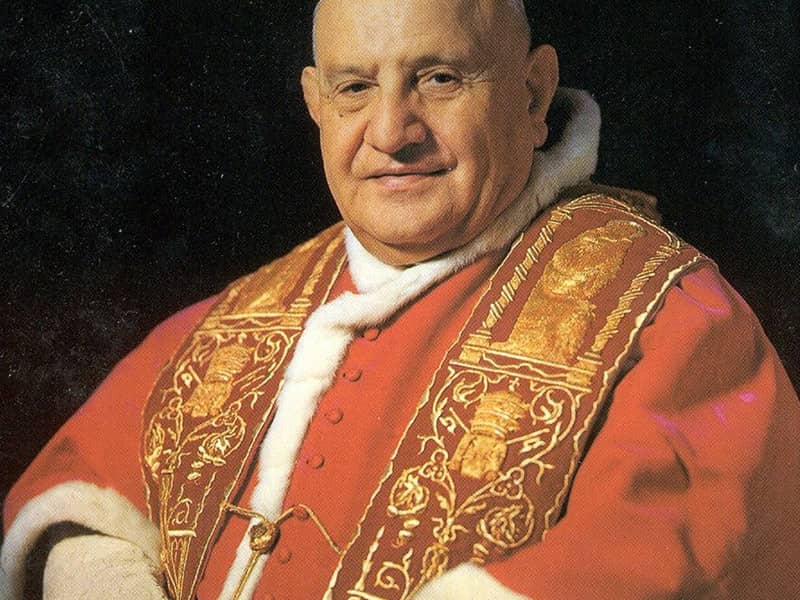 Born the fourth child in a poor family of fourteen children, Angelo Guiseppe Roncalli would go on to be elected to the papacy in October of 1958. He entered the priesthood at 11, and became Pope John XXIII at age 76.

Very much like Pope Francis, Pope John XXIII was a tradition-breaker, and a man of great mercy, empathy, and kindness. He paused his religious training during WWI to serve as a military chaplain, where helped save the lives of Jews fleeing the Holocaust, providing them with transit visas. For this, he was recognized for the “Righteous Among Nations,” award, which recognizes non-Jews who risk their lives to save Jews.

On becoming the pope, he worked hard to improve the relationship between the Catholic Church and other faiths, removing anti-Semitic language from the traditional Good Friday prayer.

Like Pope Francis, Pope John XXIII put the doctrine of God’s love into practice, earnestly working to create peace and unity in whatever sphere he entered. 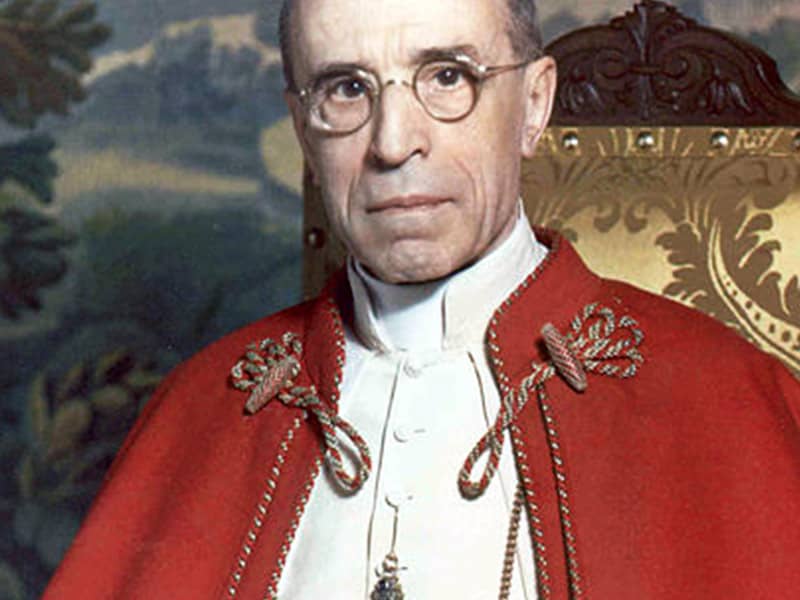 Eugenio Maria Giuseppe Giovanni Pacelli was elected Pope Pius XII in March of 1939, which placed him squarely in the path of WWI.

Accused by some of taking too neutral a stance during the tragedies of the Holocaust, and indeed—Pope Pius XII did try to stay out of the war which threatened to bring down the Vatican, itself, at least at first. But that didn’t last for long.

He soon openly condemned the Nazis, their violence, and their racist policies in a series of official, public statements, and went on to supervise a rescue network which saved hundreds of thousands of Jews . He also saw that food, aid, and general relief efforts were coordinated for oppressed Jewish populations.

Walking a fine line between Nazi retaliation and secretly aiding the Jewish people, Pope Pius XII risked the very seat of Catholicism in order to aid those in need.

Despite the controversy regarding his initial reluctance to enter the fray, his later decisions, supported by testimonies of Jewish Holocaust survivors, make him one of the greater popes in history. 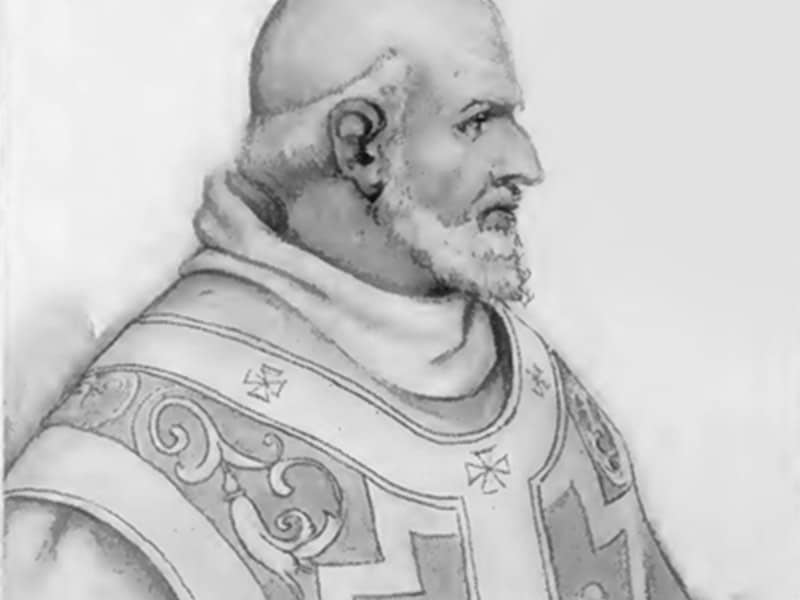 Pope Innocent III was, perhaps, the most powerful and qualified man to have held the papacy in history, if not the kindest or most empathetic. But despite his flaws, the Catholic Church may not have survived without him.

An intelligent, learned, and energetic man, Lotario dei Conti di Segni took the papacy in January of 1198, going on exert a huge amount of influence over the Christian states of Europe, claiming supremacy even over the European kings.

The Catholic Church faced grave challenges during the 12th century—some of which threatened to dissolve it completely. Pope Innocent III, upon his election, immediately went to work taking on those challenges.

One of the worst challenges lay in the Church’s corruption. Innocent simply wasn’t having it, and made the Church far more rigid in its policies, coming down hard on dissenters—this created an atmosphere that did not permit corruption, but also, unfortunately, did not allow for honest and open criticism.

But it was his reassertion of papal rights and authority that put Pope Innocent III on the map, and he used his influence to coerce monarchs to recognize the supremacy of the Church. 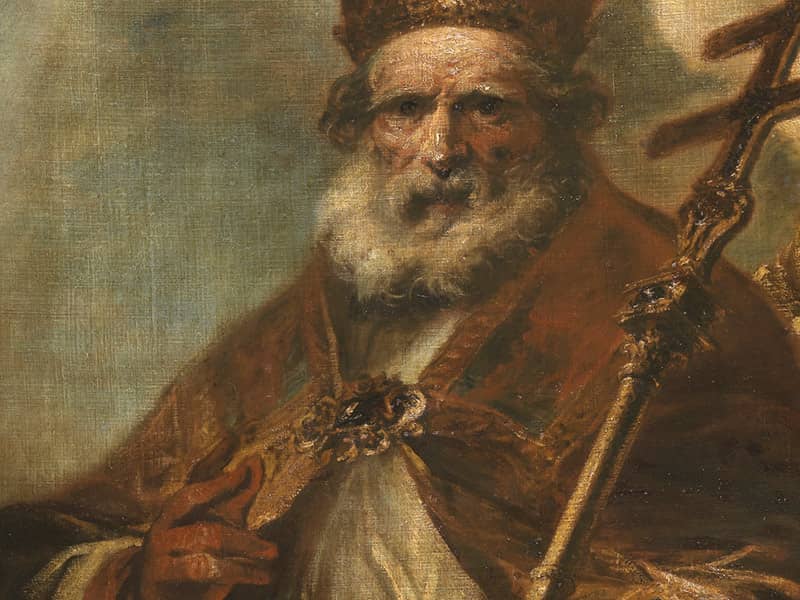 Finally, the earliest pope on this list, Pope Leo I was pope from the year 440 to 461, during the dissolution of the Roman Empire.

Pope Leo I is best known for writing the celebrated Tome of Leo, which established the doctrine that Christ’s natures coexist and his Incarnation reveals that human nature is restored to perfect unity with divinity.

In one of the most interesting experiences of his life, Pope Leo I met Attila the Hun in 452, and successfully convinced the barbarian raider to turn back from his invasion of Italy. Attila was, apparently, so impressed with Pope Leo I that he willingly withdrew. After Rome was sacked, anyway, by the Vandals in 455, Pope Leo I assisted in rebuilding the city.

One of his most enduring teachings can be found in his Christmas Day sermon, “Christian, remember your dignity,” in which he articulated a fundamental dignity that is common to all Christians, whether saint or sinner—and the duty to live up to that dignity in goodness, no matter who we are.

A pope who was not interested in power for power’s sake, who resolved disputes, and who clarified the church’s teaching about the dual nature of Jesus Christ, Pope Leo I is truly one of the greats.

The Burden of Divine Duty 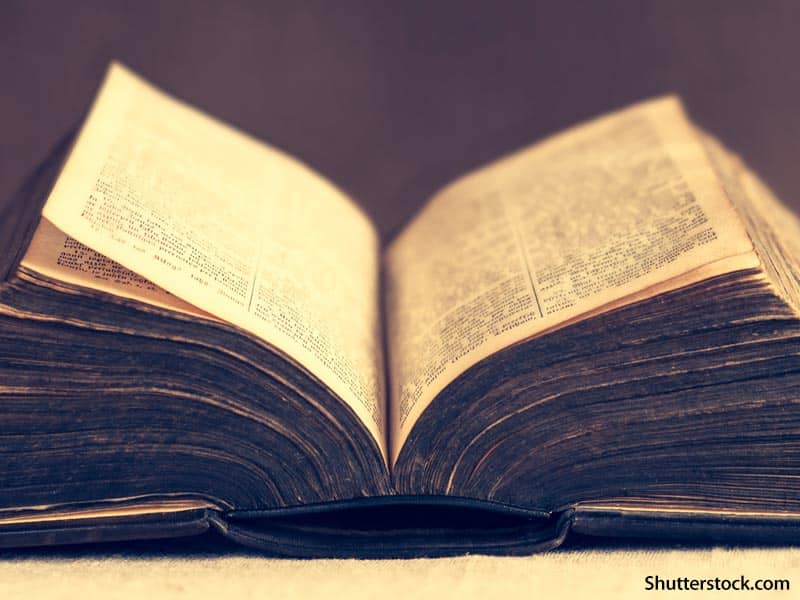 The Burden of Divine Duty

The burden of the papacy is a heavy weight to bear. These men lived through tumultuous times when the Catholic Church, and even the world, itself, threatened to split apart. Few will ever understand the responsibilities they bore.

But they held together in their faith and leadership skills, and emerged victorious, making them the top 6 greatest popes in history. 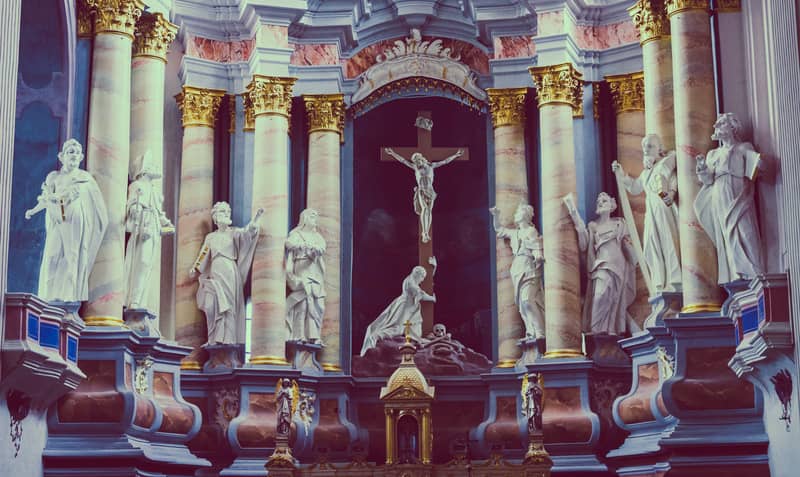 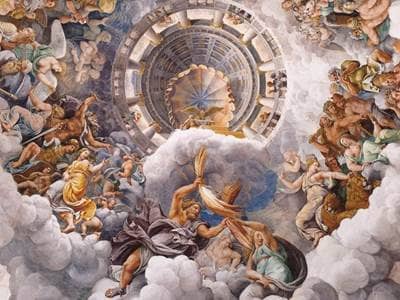 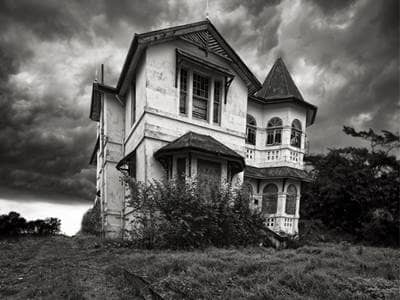 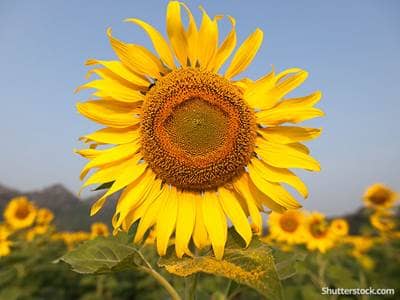 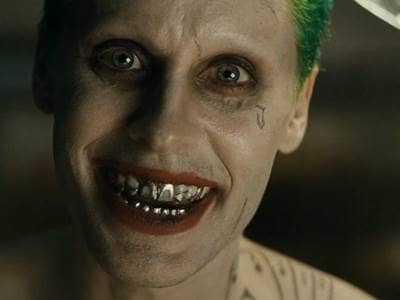 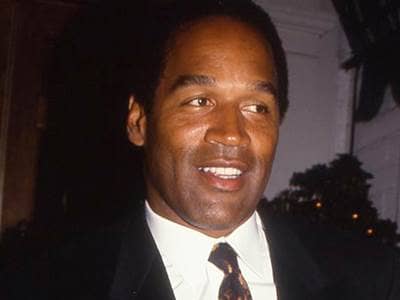 An indie film and a Netflix TV show...

Here's the latest from the crossroads of faith, media...

Are you trying to overcome low self-esteem so you can...