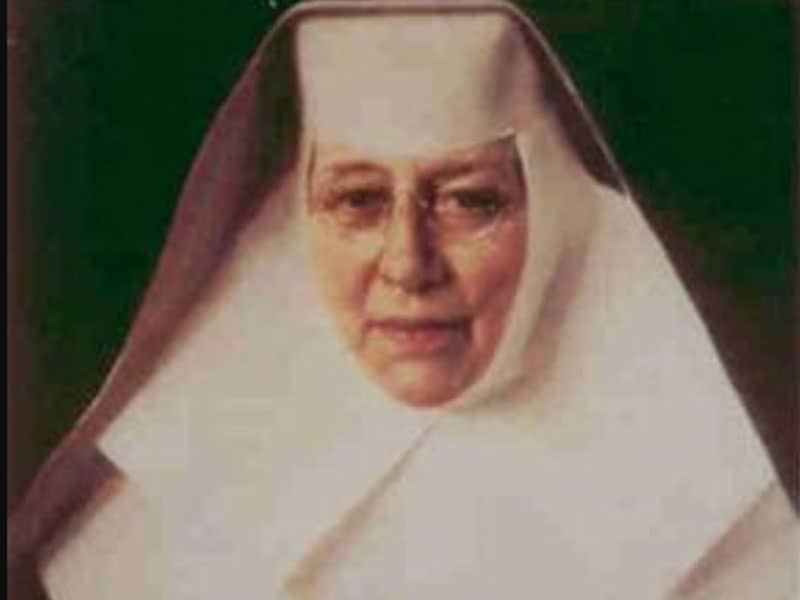 If your father is an international banker and you ride in a private railroad car, you are not likely to be drawn into a life of voluntary poverty. But if your mother opens your home to the poor three days each week and your father spends half an hour each evening in prayer, it is not impossible that you will devote your life to the poor and give away millions of dollars. Katharine Drexel did that.

She was born in Philadelphia in 1858. She had an excellent education and traveled widely. As a rich girl, she had a grand debut into society. But when she nursed her stepmother through a three-year terminal illness, she saw that all the Drexel money could not buy safety from pain or death, and her life took a profound turn.

She had always been interested in the plight of the Indians, having been appalled by reading Helen Hunt Jackson’s A Century of Dishonor. While on a European tour, she met Pope Leo XIII and asked him to send more missionaries to Wyoming for her friend Bishop James O’Connor. The pope replied, “Why don’t you become a missionary?” His answer shocked her into considering new possibilities.

Back home, she visited the Dakotas, met the Sioux leader Red Cloud and began her systematic aid to Indian missions.

She could easily have married. But after much discussion with Bishop O’Connor, she wrote in 1889, “The feast of St. Joseph brought me the grace to give the remainder of my life to the Indians and the Colored.” Newspaper headlines screamed “Gives Up Seven Million!”

After three and a half years of training, she and her first band of nuns (Sisters of the Blessed Sacrament for Indians and Colored) opened a boarding school in Santa Fe. A string of foundations followed. By 1942 she had a system of black Catholic schools in 13 states, plus 40 mission centers and 23 rural schools. Segregationists harassed her work, even burning a school in Pennsylvania. In all, she established 50 missions for Indians in 16 states.

Two saints met when she was advised by Mother Cabrini about the “politics” of getting her Order’s Rule approved in Rome. Her crowning achievement was the founding of Xavier University in New Orleans, the first university in the United States for blacks.

At 77, she suffered a heart attack and was forced to retire. Apparently her life was over. But now came almost 20 years of quiet, intense prayer from a small room overlooking the sanctuary. Small notebooks and slips of paper record her various prayers, ceaseless aspirations and meditation. She died at 96 and was canonized in 2000