A much-needed breath of fresh air for the Catholic Church.

The pope is the leader of the 1.2 billion worldwide Catholics, holding what is likely the most powerful religious post on the planet, one that is steeped in the doctrine and tradition of 2,000 years.

And now, Pope Francis is breaking these traditions at an unprecedented rate.

The Catholic Church teaches that Christ appointed Peter as head of the Church, as evidenced in Matthew 16:18, where Christ proclaims that “You are Peter, and on this rock I will build my Church, and the gates of hell will not prevail against it.” Each successive pope inherits this position. Just as Peter was head of the apostles, the pope is head of the Catholic Church’s leaders. The word “pope,” in fact, comes from the word for “Father” in the original Greek.

Since the time of early Christianity, the papacy has had a massive effect on the course of human history—an unrivaled effect, in fact. Such huge and powerful organizations are often slow to change, and especially so when such an organization is as steeped in religious tradition as the papacy.

But Jorge Mario Bergoglio, elected Pope on March 13th, 2013, is an agent of change, and he’s shaking up the Catholic Church from the inside.

A man of firsts, Pope Francis is the first contemporary non-European pope, the Jesuit pope, and the first from the Americas to be elected to the position.

Upon gaining the papacy, newly elected popes traditionally bless the crowd that gathers in St. Peter’s Square to recognize the new pope—Pope Francis didn’t do this. He broke the formula. Rather, he asked the crowd to pray for him.

This was interpreted by many as a sign that he would go on to make the papacy his own, but the most obvious clue to Pope Francis’s intentions lies in his choice of papal name—the symbolic name that new popes take that shows the world who they will emulate. Upon election the new pope is asked, in Latin, “By what name shall you be called?”

For Jorge Mario Bergoglio, it was Francis. The name is taken from St. Francis of Assisi, and carries with it notions of simplicity, poverty, and the rebuilding of the Church. Three times, Christ spoke to him at the Church of St. Damian, telling him, “Go, Francis, and repair my church in ruins”.

No pope has ever taken this name.

Pope Francis’s reputation for extreme humility is well-documented. He often chooses to pay his bills personally, rather than to send an assistant, and chooses to live in a simple apartment in the Vatican guesthouse rather than the more luxurious accommodations in the Vatican’s Apostolic Palace—the official residence of the popes.

Jesuit Father Federico Lombardi, speaking with the Catholic Telegraph, says that “He is experimenting with this type of living arrangement, which is simple, but allows him to live in community with others, both the permanent residents, as well as guests coming to the Vatican for meetings and conferences.”

Pope Francis’s desire to be one with his community, rather than rising above it, was made manifest when he was introduced as the new pope—he made a point of refusing to use a platform to elevate himself above the cardinals surrounding him, and instead faced the world from the same vantage point as everyone else.

In addition to this, the Pope refuses to use the bulletproof Popemobile, calling it a “sardine can” that separates him from other people—the last thing that he wants.

This attitude bodes well for the current state of the Catholic Church. With distrust of the Church at a low because of sex abuse scandals, skepticism of theology, and claims of corruption within the Church, Pope Francis truly is faced with repairing the “church in ruins”.

Indeed, Pope Francis has shifted the public view concerning the Catholic Church with his more progressive and inclusive proclamations. For instance, the pope has said that the church must not “interfere spiritually” in the lives of homosexuals, and that they have “gifts to offer” the Christian community.

Further, the pope has also said that women must play a key role in the decisions of the church, saying that “The feminine genius is needed whenever we make important decisions”.

These comments don’t deviate from Catholic doctrine, but show Pope Francis’s fresh, new approach of merciful inclusion. Pope Francis has preached that law which does not lead people to Jesus is “dead,” and that Jesus did such “strange things” as spending time with lepers and sinners and tax collectors.

More than any pope before, Pope Francis seeks to engage with the world, and eagerly enters into interfaith dialogue, race relations, and political talks in order to better the world and grow the Church.

Indeed, Pope Francis seems to be taking the Catholic Church back to its founding principles—the life and teachings of Christ—opening the windows and doors of the Vatican to let in some much-needed theologically fresh air.

In what is, perhaps, the most telling of all Pope Francis’s words, in December of 2013, he addressed his vision of the Church, saying, “I prefer a Church which is bruised, hurting, and dirty because it has been out on the streets, rather than a Church which is unhealthy from being confined and from clinging to its own security. I do not want a Church concerned with being at the center and then ends by being caught up in a web of obsessions and procedures.”

That same year, Pope Francis was named Person of the Year by Time magazine—an award shared by only two other popes. The article showed that the factor that put Pope Francis at the top of the list was his ability to draw in so many who had previously given up on the Catholic Church.

Pope Francis has also worked to root out corruption in the Church, excommunicating members of the Mafia and cracking down on financial mismanagement and sexual abuse within the Church’s ranks.

His reforms don’t stop there. Pope Francis is also the first pope to speak out about the dangers of climate change, asking the world to pay attention to how it treats the Earth and calling for world leaders to address environmental concerns.

The Catholic Church, despite some protestations from a few corners of the religious world, is better off today because of Pope Francis’s efforts. And because of the Church’s potential to be a force for good, charity, and the alleviation of human suffering, the world may be a better place, as well, for his service. 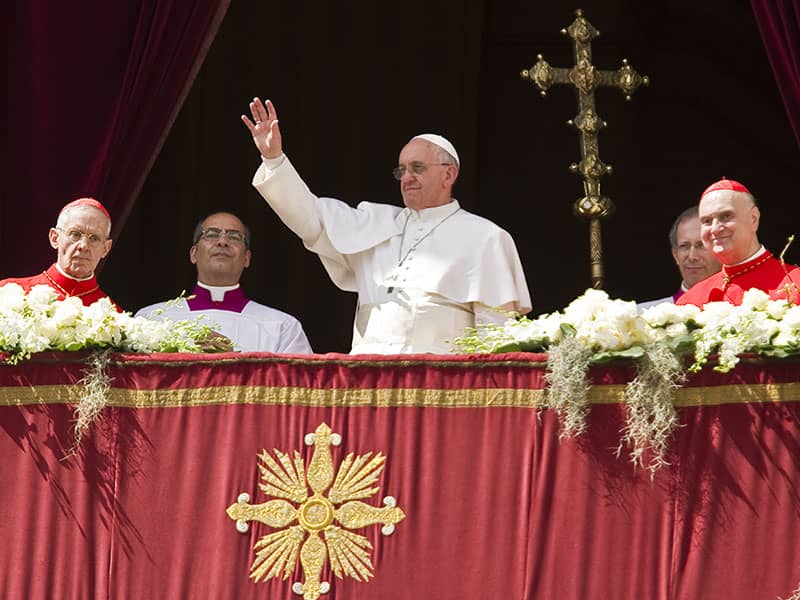 Do Animals Go to Heaven?

more from beliefnet and our partners
Add some inspiration to your inbox.
Sign up for Beliefnet's Saint of the Day newsletter.
From time to time you will also receive Special Offers from our partners
Wesley Baines