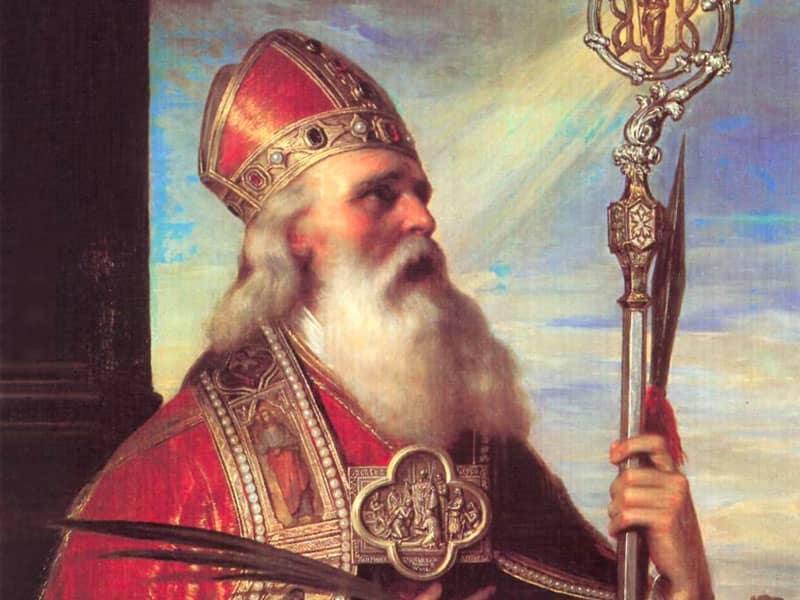 Opposition to the Good News of Jesus did not discourage Adalbert, who is now remembered with great honor in the Czech Republic, Poland, Hungary and Germany.

Born to a noble family in Bohemia, he received part of his education from St. Adalbert of Magdeburg. At the age of 27 he was chosen as bishop of Prague. Those who resisted his program of clerical reform forced him into exile eight years later.

In time the people of Prague requested his return as their bishop. Within a short time, however, he was exiled again after excommunicating those who violated the right of sanctuary by dragging a woman accused of adultery from a church and murdering her.

After a short ministry in Hungary, he went to preach the Good News to people living near the Baltic Sea. He and two companions were martyred by pagan priests in that region. Adalbert's body was immediately ransomed and buried in Gniezno cathedral (Poland). In the mid-11th century his body was moved to St. Vitus Cathedral in Prague.