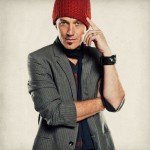 It’s hard to believe, but until this past weekend, TobyMac had never won an American Music Award for Favorite Contemporary/Inspirational Artist. Having won numerous Dove Awards and GRAMMY Awards, it was one of the key pieces of hardware he was finally able to cross off his list as a solo artist.

Here’s what TobyMac had to say about it via his official website:

And for more from TobyMac, check out these past Whole Notes interviews including one about his most recent Christmas album and some of his holiday traditions:

A conversation with TobyMac