It’s hard to believe, but this spring, David Crowder Band will be no more. Each of its longtime members will go their separate ways or in some cases regather in smaller groups to pursue various creative and ministry endeavors. Thankfully, the Waco-based modern worship outfit was kind enough to leave its fans one last parting gift, the appropriately titled Give Us Rest or (A Requiem Mass in C [The Happiest of All Keys]). 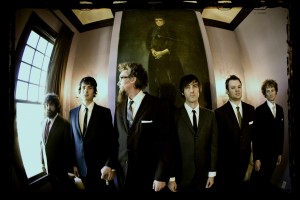 David Crowder also leaves behind a 12-year legacy of amazing music and groundbreaking recordings that resulted in six appearances on Billboard’s Top 100 album chart, multiple Dove Awards and a GRAMMY Award nomination, not to mention popular songs such as “Here Is Our King,” “Everything Glorious,” and “How He Loves.”

So when Whole Notes was given the chance to talk to Crowder one last time before the band’s final curtain call, it was a quick and easy response. Some of the parts of this interview have already been released (see the end of this post for links), but in this main portion, Crowder talks about the growth of University Baptist Church in Waco, one of his most cherished memories from the band’s existence, whether or not he ever felt comfortable as a leading figure in the modern worship movement and what he’ll miss (and won’t miss) about life in a band:

Chad Bonham: So once the band is officially no more, will you continue to have a role at the church in Waco or are you moving into something different?

David Crowder: My plan is to not be leading (worship) at any church until I really feel like I’m supposed to be somewhere else. It’s been 16 years that I’ve been at UBC and it just feels like its time for a sabbatical of sorts and just be a leech (laughs) and take as much as I can for a little while until I’m very confident of the next place I should fall.

Bonham: Looking back at Baylor circa 1995 compared to Baylor now, are you amazed at how much the community of believers has grown spiritually? 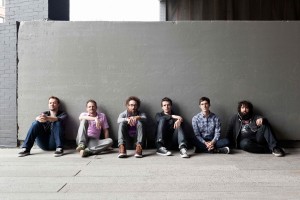 Crowder: The beautiful shift I think we’ve all been able to observe and be a part of has been this cultural shift and outward perspective. The college student you talk to nowadays, the one thing they crave more than anything is to live for something bigger than themselves. You have corporations that are marketing to that thought. Anybody that’s doing business wants to posture themselves as being somewhat socially conscious because that’s an underlying drive behind humans at this point, in terms of our culture anyway. That’s a shift that happened really quickly in my mind and something I’ve seen definitely occur in our students that we’ve been around. They would love to be part of a cause that makes them feel like they’re making this planet in the current present tense a better place to live. Seeing that in them has caused us as a group of leaders in the church to try to provide ways that take Christian faith from an ethereal proposition to something that matters in everyday life, to something that makes a difference physically and tangibly in the lives of people we live among. That part of it has been amazing. I think we learned more from the students in that shift than we’ve been able to deposit into them. That’s been the biggest thing I’ve seen change.

Bonham: As you move into a new phase in your life, are you confident with where the ministry stands and its foundational security moving forward? 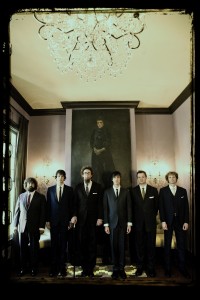 Crowder: Oh man, yeah. That part has been equally beautiful to watch. The fun thing has been that here we started as a little collection of undergrads and all of us were juniors and seniors in school. That was 16 years ago. But a large part of that population has stuck around and stayed and called it home specifically because of that community of believers. We’ve got kids running around in nurseries and not enough space for the children’s ministry stuff and a group of adults that now have life experience. It’s been crazy to watch the evolution of this church in terms of age and demographic. Still, the majority of them are college students from Baylor but it’s a more diverse group than it was when we started. It’s definitely not a personality driven group where somebody leaves and the whole thing is sunk. Granted, with the passing of our pastor (note: Kyle Lake died in 2005 after being electrocuted during a baptism service), that really shaped us and allowed community to happen in a way that’s wouldn’t have happened through programs and events. Community is such a bizarre thing to go for yet it’s natural and necessary. Now, we can walk away from it and the core and the ethos of the whole thing won’t change. It’s going to be there for a while.

Bonham: Have you ever gotten comfortable being one of the focal points of the entire modern worship movement? 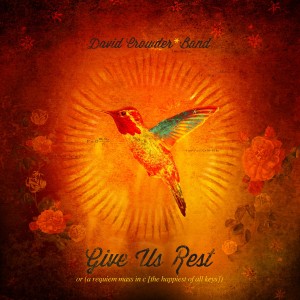 Crowder: I definitely couldn’t call it comfortable (laughs). I totally understand it. I just do because of the way our culture functions. The people we talk about around water cooler at work or at school, they’re all the people who are visible in our media whether it’s a sports star or a movie star or a writer or a politician. They are people that have received media exposure and have become important to us in a way that’s not realistic. So I understand there’s a platform that comes with that and an ability to communicate that comes with that. But the idea of relationship and that there’s a human attachment to it, that’s the part I’m still not comfortable with. In media, there’s a distance and an unrealistic expectation of knowledge about a person that’s created. I think that’s the thing I’ve felt is so false. If people were able to live with us and be around us, they would definitely feel like the distance between where they are and where we are is very minimal. So we’ve attempted the whole time we’ve been a band to use social media to lessen that distance rather than increase the distance to make the perception feel bigger and larger and that we’re this thing that’s almost inhuman. Instead, we’ve tried to use it to say, “Hey, we’re in the same boat. Our minds work the same way yours works. We think about the same stuff you think about. We have the same issues that you have.” I feel like we’ve done that very successfully and it something I walk away feeling good about in terms of how we’ve used the platform. We’ve really tried to minimize the distance rather than increase it.

Bonham: What’s been one of the most surreal moment you’ve experienced with that band that you’re still not fully able to wrap your head around? 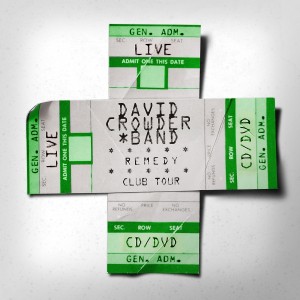 Crowder: I wouldn’t call them surreal moments, but two records ago we were touring Remedy and we were doing several club dates. We were in the Fillmore in San Francisco and to me that was one of those historic rock and roll rooms that’s had more music than you can imagine happen in it—really, really great music. It was also in a city that doesn’t have a heavy Christian influence. We were wanting to book it and it wasn’t happening and we were just determined. When I was first describing this tour I wanted to do, I remember saying I wanted to play rooms like the Fillmore. The record was called Remedy and I don’t want to be in the church. I want the church to be out there and I want us to figure out a way to metaphorically take this balm of sorts to people that need it. I felt like we had to be outside and the Fillmore was the example for me. It just wasn’t happening and finally we found the right guy and he twisted arms and sure enough we wound up in the place and they were just completely suspect the whole time. “We just don’t want a Christian rock band in here,” I think is how they said it (laughs). Actually, it was worse than that. It was, “You’re going to play church music in here” (laughs), but those guys fell in love with us and basically gave us the keys to the place. “Please come back. It felt like everything that was dark in here went out. We need that kind of cleansing.” I remember thinking how amazing it was that we could get to a place where we were doing everything we said we wanted to be doing in terms of feeling like the line between the sacred and the secular was a very blurry line. We attempted to make it very clear that God was at work in spaces and in people and in places we might not expect. Our goal was to bring redemption to places that were in need of it. I remember feeling in that moment, “Wow, I can’t believe what we set out to do is actually happening.” That’s a very special one for me.” 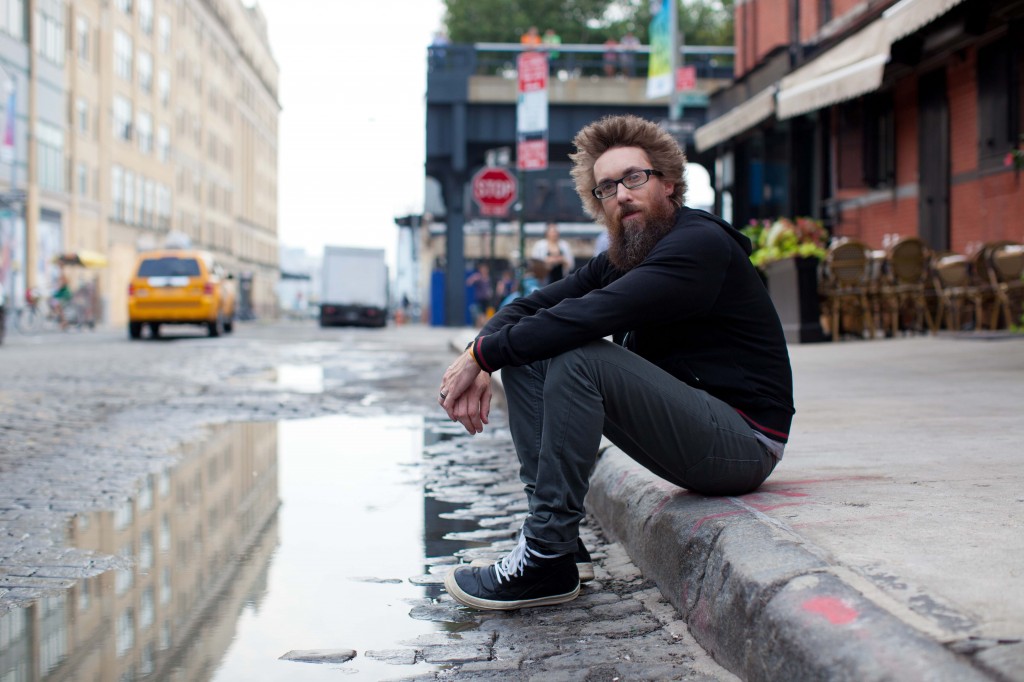 Crowder: I’m going to miss not being in their presence as much. We’ve been together for 12 years and as a band that is a whole lot of time to spend in each other’s space. The relationships there are the deepest I have. So their physical absence, the lack of their presence is going to be the thing I’ll miss the most. The thing I will not the miss the most is probably their presence (laughs). So that’s the same answer for two questions. It will be great to have space but it will be a bittersweet thing in the most literal manner ever.

Bonham: But we haven’t heard the last of you guys individually have we?

Crowder: I would suspect not. Some of the guys are already working on some stuff and writing together and they bought space in Waco for a studio. For myself, I can’t see myself doing anything other than continuing to write for the church. It just may take a little bit of time to get there.

To read more from this conversation with David Crowder, click on the links below:

A Christmas conversation with David Crowder

And continue keeping track of the band and its future endeavors by visiting the official website HERE.