The youngest of four baseball playing brothers, Jonny Diaz found himself at Florida State on a scholarship as his oldest brother Matt (now with the Pittsburgh Pirates) was making his way through the minor league ranks. That’s when Diaz (pronounced DIE-az) took an unexpected turn away from the game into serious musical pursuits.

Since then, the road’s been long and winding, but with a number-one hit song to his credit and significant touring opportunities with some of the industries biggest names, Diaz is finally starting to hit his stride. In this conversation, he talks about his athletic past, his brother Matt’s success in the Major Leagues, and how he finds balance between performance and ministry:

Chad Bonham: It sounds like you grew up in a typical sports family.

Jonny Diaz: Yeah, that’s pretty much how we started out and then when we got to the middle school and high school level, we started focusing in on baseball. Up to that point, we’d played whatever team we could get on because we loved sports. But then all of the sudden we saw an ability to excel at baseball more than any other sports, at least. We started taking baseball really seriously. By the time I got to high school, I didn’t play anything but baseball because I was on a mission. I really wanted to get a scholarship. I really wanted to focus all my time and efforts on baseball. I was able to get a scholarship. But it was amazing. When I got up to Florida State, God spoke to me very clearly and called me out of that and called me into music, which up until that point had just been a hobby.

Bonham: Was the music thing something you just dabbled in or was it something the rest of the family also did?

Diaz: It was really just me. I transferred over to a private school when I was in seventh grade. Up until that point, I had been playing saxophone in the middle school band. When I went to the private school, they didn’t have a band. It was a really small school. I still wanted to play something and I found my dad’s old guitar in the closet. You couldn’t even tune it. The thing didn’t work at all. But I was just really intrigued by it and I thought it was a good way I could play music and I don’t need a whole band or anything like that. I can just teach myself to play this. It was a very slow process learning to play guitar on my own, but it was something I fell for early on and I quickly realized that the guitar was a lot better suited for me because I liked to sing and I liked to write songs.

Bonham: Did you family think you were crazy for dropping your baseball scholarship at Florida State and pursuing a music career?

Diaz: I was coming from something that was kind of similar in the sense that there are no promises in baseball. No matter how good you are, it’s still a long road ahead. Being the youngest of four was kind of helpful for me. They weren’t glad that I was hanging up baseball. They were just glad someone was going to try something different. My parents live about four hours from Tallahassee. My dad told me, “I’m sorry to see you stop doing something you love, but I’m sure glad I don’t have to drive four hours every single weekend.” My brother Matt was still pursuing that dream and it was just time for me to pursue a new dream and something different.

Bonham: It’s rare for a family to produce both a professional athlete and a professional musician. Has it been fun for the family (and fun for both you and Matt) as you both have pursued those dreams? 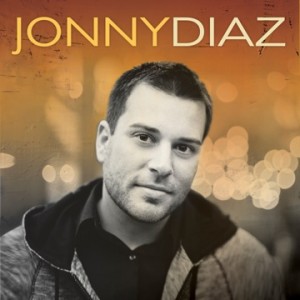 Diaz: It’s been a big blessing. On the surface, there aren’t a lot of similarities between the two (professions). But when you get involved in them, you learn that moving up through the ranks is very similar in both industries. At the same when Matt was in the minor leagues making almost no money and constantly riding around on buses and traveling and being away from his family, I was kind of doing the same thing with music. I was making no money, constantly traveling way too far, being away from family way too much. So I think we were able to have that mindset of, “Hey, this isn’t the end goal. Let’s encourage each other through this time.” And honestly, we started seeing breakthroughs at the same time too. He got a call up to the big leagues for the first time not too much before I started getting songs on the radio. That really opened up a lot of doors for me, better touring opportunities and things like that. It was really neat to move up through the ranks at the same time. Now, the Major Leagues and baseball sure pays a lot more than the major leagues of music (laughs), but it’s kind of neat to have that journey together even though it’s so different.

Bonham: Would your brother playing for the first time alongside Chipper Jones be the sports equivalent of your first opportunity to share the stage with Steven Curtis Chapman or Mercy Me?

Diaz: Yeah it is. One of the literal things that happened that was kind of fun was during his first year in Atlanta. I was asked to open for Mercy Me at Turner Field after a game. It was kind of surreal for both of us. He actually hit a home run that game and I got to play on the field as well. Both of us were pretty wide-eyed. It was a surreal moment.

Bonham: What have you been hearing from God lately and how has that impacted the music you’re writing?

Diaz: I try and keep an open ear to that. There are certain times in a concert when I’ll call an audible because I feel like God is calling me to play a different song. But truthfully, I feel called to play for the church whether it’s song being played on Christian radio or it’s concerts I’m doing primarily in churches. It’s really important for me to realize that’s my audience. It’s the church. From very early on, I’ve realized that and I have a mission statement with my songs to entertain, to encourage and to challenge the Body of Christ. That’s always kind of the focus of the songs that I write for myself—to do one or more of those things.

Bonham: So for you, it’s all about balancing the need for artistry and performance with a meaningful message.

Diaz: Both need to be there. If you have a great message but no great way to entertain, people won’t want to hear it. But the other thing is true too. You can be super entertaining but if people leave and all that happened was the fact that they were entertained, then in my eyes that was kind of a waste of an evening that really could have been used by God.

Bonham: What are some of the songs from this latest album that seem to be resonating with your audiences?

Diaz: I’m really excited about the song “Break My Heart.” I’ve been able to share that song live. It’s just a really challenging song. Before action is ever taken against injustice, it’s important to have a broken heart for those people. We can all become so immune to depravity and destruction and the bad things in our world because we’ve seen it so much. We can actually become numb and our hearts don’t break for those people. This song is a challenge to do that. As I’ve been playing it, it’s been neat to see people connect with it and I can see on their faces that they’re taking that challenge to heart.

You can also read the Inspiring Athletes interview with his brother, Pittsburgh Pirates outfielder Matt Diaz, by clicking HERE.