Look up and look out 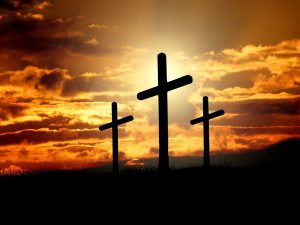 Look up and look out. Have you ever heard that phrase when you’re in church? Recently our pastor did a sermon about looking up at Jesus and looking out at how His arms were outstretched on the cross in love for all of us. He kept saying the same phrase over and over. Look up at Jesus and look out. Whenever things are stressing us out, we should always remember to look up to Him for guidance and discernment for our thoughts, our hearts, and our minds. There is no one better to turn to, than God for anything in our lives. He is the one who can work miracles. Miracles of healing, miracles of making the blind man see, miracles of raising people from the dead. He did all of that because He loves His people and wants to show His power and might. We can continue to look up and look out at Him in wonder and amazement at everything He has done for us in our lives and praise Him for the things He has yet to reveal to us and show us in our lives.

Think about how many people looked up at him in wonder, amazement, and even fear and awe as He was hanging there in agony on the cross for all of us. John and Jesus’ mother Mary were there. Jesus took compassion on both of them and said to them, “son here is your mother, mother here is your son. John ended up taking care of Jesus’ mother from that point on. Look at how the Roman soldiers betted on His clothes and cast lots on Him while He was on the cross. But one of them eventually said, “surely, this man was the Son of God.” He said that only after the curtain of the temple was torn in two and Jesus cried out in a loud voice, “my God my God! Why have you forsaken me?” Then He breathed His last, cried out “It is finished” and He died for all of us. The Roman soldier only believed in Jesus after he had heard the words out of Jesus’ mouth. Before that, the other guards and people including the other criminals and thieves on the cross said, “if you’re truly the Christ, come down from the cross. Save us both and yourself.”

Many of the people especially the Pharisees were afraid of Jesus because they didn’t understand how He could be both true God and true man at the same time. They didn’t understand how anyone, nonetheless God could give Him the power to perform miracles such as raising Lazarus from the dead and making blind men see or healing leprosy. So of course, when Jesus was on the cross, they doubted He was really the Christ there too and told Him to come down from the cross if He really was the Christ because they didn’t believe Him up until that time and they wanted proof that they could see and tell everyone else about.

Maybe they were questioning Him and saying something like, “He can’t be the Christ if He isn’t going to show His power and get Himself and the other two thieves down from the cross.” Or, maybe they were really afraid to admit that they knew He was the promised Messiah because He had performed the miracles in front of them. They doubted because they were afraid of the things they saw and they were also afraid of the things they saw Him do. Maybe, they were even jealous of His power and wanted that power that Jesus had for themselves, but they had no idea how to ask Him how to obtain the power. Maybe they were even afraid to go up close to Jesus to confess their sins directly to Him and profess Him as their savior and Lord. A lot of people today don’t want to profess their sins to anyone or admit that they are wrong. No one likes to be openly told that they are wrong either. No one actually literally enjoys criticism. Maybe that’s the way the people felt whole they gathered at the foot of Jesus cross at Calvary.

Everyone had to keep looking up at Jesus either to gaze in awe or to mock Him. It’s hard to believe anyone truly understood the meaning of what Jesus was doing. He even said to His Father in Heaven “Father forgive them, for they no not what they are doing.” If Jesus had to say that, it’s pretty clear that no one fully understood the magnitude of His ultimate love for us, not to mention they didn’t understand the enormous sacrifice that He took upon Himself for us. Only Jesus Himself understood why He had to be put on the cross to die for all of us.

No matter what is happening in your life, never forget that you can look up to Jesus and look out to Jesus. He is just waiting to stretch out his arms to you and point you in the right direction. Look up at Jesus anytime you need help and remember to look out for His outstretched arms waiting to receive you. 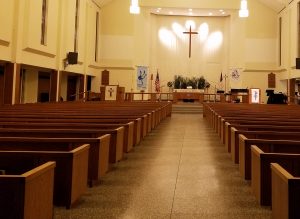