Who is Your Nathan in Life? 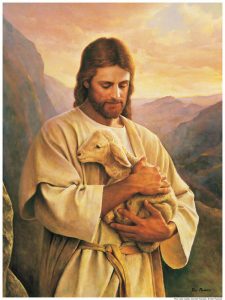 How many times have you been held accountable for the things you’ve done in your life? Chances are we’ve all slipped up on it at one point or another in our lives. We aren’t perfect, because of sin. Who holds you accountable for your actions? Is it someone in your close friends group? Your pastor? Your family member? A teacher or a professor? Your significant other? Take a minute and think about who that person could be for you.

We don’t like to be held accountable for the things we do in our lives. We’d rather point the finger and say that it was someone else’s fault, not our own. We don’t want the blame casted on us, especially if we feel we did nothing wrong. We often compare ourselves thinking we are better than others by the things we say, or the things we do. Even more so, we think we are better off than some people because of the things we don’t say or the things we don’t do.  We often have this mindset of thinking “well at least I‘m better than that”, “at least I’m better than him or her”. Or, “at least I’m not as bad as him or her. I would never do what they did.” We don’t want the responsibility of any wrong doings casted upon us and the burden of saying sorry to others and to ourselves on our own shoulders can be too much for some people to even handle. We’d rather someone else do all those things, because at times, we often think we are above other people.  We think we’re better than the people around us.
When you think about who holds you accountable for your sins, you might think of friends or family members, or God. But have you ever thought of who held important people in the Bible accountable? Who is the Nathan in your life? I know that might sound strange, but here is what I mean: Nathan is a prophet in the Bible that came to David after he had gotten Bathsheba pregnant. Nathan came to David telling him about a lamb that was like a member of the family to a non-wealthy family. They treated that lamb like it was one of their own. It even drank from the same cup as the man drank. David was told by Nathan that the lamb was killed and the man was left with nothing. David was outraged saying that whoever the man was, who took the lamb from the family, should be killed.
Nathan then came right in David’s face telling him “You’re the man!” David was the man who had gotten Bathsheba pregnant and took another man’s wife as his own. David had tried to blame the pregnancy on Uriah the Hittite, Bathsheba’s husband. Even though Uriah was in fact Bathsheba’s husband, he was in the middle of a war, so he couldn’t have ever gotten her pregnant.  Then to make matters worse, after David found out about the pregnancy, he had Uriah brought to the front of battle field and had him murdered.
See the irony in the story- David wanted Uriah to be blamed so he could wash his hands clean of any guilt from the pregnancy, but Nathan turned the tables on him saying that David was really the one who was guilty. Nathan just didn’t spring it on him telling him that he was to blame automatically. He gradually told David the story about the lamb, then waited to see David’s reaction, then he told him the truth, that David was the one who caused all the hardships.
Let’s go back to the beginning question- who is the Nathan in your life? Who is the one that holds you accountable for your actions? If you don’t have anybody like that who is routing for you, with you and has the courage to hold you accountable for the things, I encourage you to turn to someone you trust today and make them your Nathan. And in turn, you can also be their Nathan and hold them accountable as well.
How many of us are actually brave enough to admit that we are often the ones who cause hardships for ourselves and for others. We often end up causing them out of our own desires. We are often being selfish, instead of selfless. How many of us are blameless before the Lord? The answer is a scary yet true one- none of us are blameless before Him. None of us are blameless to stand before the thrown of Heaven either. But the good news is this: by the cross we are made righteous in His sight. We were already precious in His sight. We are precious enough that He decided to save us by sending Jesus, His one and only son to die in our place, when we all should be damned into the fires of Hell for all eternity. That’s a heck of a sacrifice.
It seems like a very daunting task to hold someone accountable for their actions. But when we look at it, we should automatically hold ourselves accountable for the things we’ve done right and wrong, before we ever think about casting the blame onto someone else. Hold yourself accountable for the things you do and the things you don’t do in life, just as Nathan held David accountable. Make changes where they need to be made, and repent of your sin, just as David did.  It takes a strong person to be able to admit their wrongs. It takes an even stronger person to be able to admit that they’re wrong and ask for forgiveness. 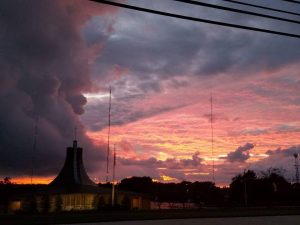