Heroes of The Bible 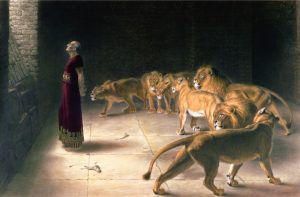 There are many heroes in the Bible besides Jesus. David as a boy, slew not only the giant, Goliath but bears and lions too. He was unafraid when he saw the giant, Goliath.  He saw how everyone else was afraid and he knew it was his job to take the giant down in order to rescue the Israelites from the Philistines. He was unafraid because he knew God was with him.
Jonah was told by God to go to Nineveh to teach the people there about God preparing to unleash his wrath on the people, but he didn’t want to. He then got caught in the middle of a shipwreck, swallowed by a whale, and realized he had to return to Nineveh to tell the people about God. Many kids, let alone adults, wouldn’t believe that he was actually swallowed by a whale. That’s one heck of a fish story. Jonah ran away from his responsivities and got on the ship. When he was going to his new destination running from the Lord, a ferocious storm came up. The other sailors on the boat knew Jonah was to blame for the storm. So they asked him what he had done, and why he chose to put them all in danger. Jonah finally admitted that he was the one who caused the storm and told the other sailors to throw him into the sea. He was cast off into the sea and that’s when the whale swallowed him whole. He was in the fish’s belly for three days and three nights. Once he was spat from the whale his courage picked up and he immediately journeyed back to Nineveh as he was originally supposed to. Even though he was afraid of his responsibility, and even a bit afraid of God, and he was afraid of the people of the city of Nineveh. He told them to repent or their sins otherwise God would destroy them for their sins. Jonah had another talk with the Lord begging Him to spare the people of Nineveh. God granted Jonah’s request. Because of Jonah’s courage, so many lives were spared.
Moses helped rescue the Israelites from Egypt and got them through the Red Sea, while the Egyptian armies were coming after them. He appointed Joshua as the next leader over the Israelites.
Joshua got the Israelites into the promise land and helped them knock down the walls of Jericho.
Another hero of the Bible is Joseph-the father of Jesus and the husband of Mary. He almost walked out on Mary when he found out she was pregnant with Jesus. But the angel of the Lord told him to reconsider and to take Mary as his wife. He listened to Him and helped Mary make the treacherous journey to Bethlehem.
There is also another hero named Joseph in the Bible too. He was sold into slavery by his jealous brothers. But it turns out that he was placed there in Egypt in order to help the people there through a famine. He was even appointed as a ruler over the people of Egypt after interpreting Pharaoh’s dream about the seven plentiful years and the seven years of famine.  He actually saw his brothers again in Egypt when they came to ask for food. He didn’t want to forgive them at first, but he found the courage to forgive them and eventually told them who he really was. God gave him the courage to help the people he didn’t want to see ever again.
Mary is another hero in the Bible because she found favor with God and gave birth to Jesus. She was afraid to trust what the angel of the Lord was saying at first but then she gathered the courage to say to God, “let it be done to me according to your word.” Of course, any of us would be in complete shock if we were ever told by an angel of the Lord that we were to give birth to a baby that would be the savior of the world, nonetheless through immaculate conception. Mary had every right to be scared uncertain and overwhelmed. But thankfully for all of us, she summoned up the courage to go through with God’s plan.
John the Baptist is another hero because he helped prepare the way for Jesus and told people to repent because Jesus was coming. People mistook him for the Messiah, but he corrected them by telling them that he baptized them with water. But Jesus who is coming will baptize them with the Holy Spirit.
Jesus, of course, was the true hero of the Bible. He saved all of us from our sin and died for us on the cross. He loved each and every one of us enough that He was willing to die for us. If that isn’t true love, then what is considered true love? He was a hero and is a hero because He preached the good news of His Heavenly Father and taught so many people how to pray. He also performed many miracles such as turning water into wine.
All the people mentioned are heroes in their own unique and specific ways. But the true hero that we can always admire is Jesus Himself.
read next post 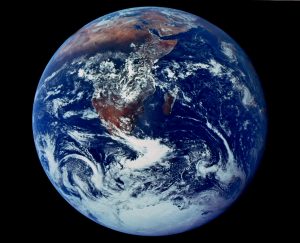