Our story today has a bad beginning with a surprisingly good ending. Recently, Tona Herndon was grieving the loss of her husband of more than 60 years at his gravesite in Bethany, Oklahoma. Herndon’s husband had died the week before the visit. While at the cemetery, she was allegedly mugged by Shane Lunsford. After a search by police, a surveillance video helped put 39-year-old Lunsford behind bars.

The widow, Mrs. Herndon recalled, “All at once, this guy grabbed my purse and I hung on to it and he pulled me out of the car.”

With nothing, not even her car keys, Herndon and her dog, ‘Pappy’, had to take off on foot for help.

“I was afraid to stay there and I was very upset. Pappy and I walked all the way up hill to 63rd St. We were in the very back of the northeast corner of the cemetery.”

She found an open office in the Wiley Post building on 63rd.

The robbers got away with a purse full of money along with credit cards and personal information. Police say Lunsford tried to use one of those credit cards at the Neighborhood Wal-Mart on 23rd and Penn.

“It’s an awful feeling that someone would do that,” said Herndon. “I had never had an experience like that before.”

Now, that could have been the end of the story, but there’s more. Lunsford’s 15-year-old son, Christian, asked to meet Herndon this past Sunday in a church parking lot to try to make amends. Christian apologized to Herndon and gave her $250 in cash that his father had recently given him for a band trip. Christian said he was not surprised to hear of his father’s behavior and added, “When I found out this whole situation, I didn’t know if it was hers or his or how — I just knew I needed to give the money to her.”

But instead of keeping the cash from Christian, Herndon handed it right back to him. She said, “He gave and I received, and I gave and he received, so it worked out.” Christian says he plans to use the money for that trip. It seems sometimes the apple falls very far from the tree.

What do you think of Christian’s actions?  Leave comments below. 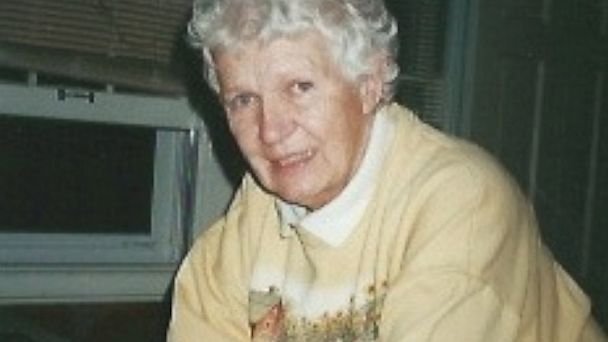 Sept.11,2013 - 3 Good News Stories #1: "Never throw away an old pair of pantyhose..."
archives most recent
More from Beliefnet and our partners
previous posts