Race-Based Claims That Led to Destruction of Paula Deen’s Reputation, Career Thrown Out by Judge

Calvin’s Commentary: So after all that’s happened to ruin Paula Deen, a judge has declared her innocent!  There is a new wave of politically motivated personal destruction in America. Sort of like a reverse of the long-ago Democratic-Party-promoted Jim Crow laws. Blacks were placed at an unfair disadvantage by the selfish, racist Democrats. Today, anyone accused of racism is ruined and white people are getting crucified reputations, having financial ruination, and having their lives made a living hell for being accused of thinking things they’ve never thought or did. Jesse Jackson and Al Sharpton are benefiting financially as well as the Democratic Party by keeping the white race and the black race at odds with each other. If they are ever united they will see the truth and Al and Jesse will be out of a job and out of funds. Their donations will stop immediately, so it is in Al’s and Jesse’s financial interest to exacerbate and make blacks hate whites by accusing whites of being racist haters – and it’s working! For Al’s and Jesse’s benefit financially! And for the Democratic party by locking up the black vote! Holding onto the greatest part of the black vote helps the Democrats stay in power. It’s all about power, control and money – selfish greed! Paula Deen and George Zimmerman, two of the most recent victims of Al’s and Jesse’s hate crime accusations have had their lives ruined – and guess what, Deen and Zimmerman were Obama supporters! Hopefully soon the Obama supporters are going to understand that being a Democratic supporter is not going to protect you from being called a racist! Obama and Attn’y Gen’l Eric Holder are in Al’s and Jesse’s court protecting their backs – and there’s hell to pay. Don’t forget that Paula Deen crossed paths with Michelle Obama (see related post link below). Could that be the reason to destroy Deen? And Obama and almost every member of the entire Democratic party in high office wants to disarm America – hence the reason to crucify Zimmerman. ▬ Donna Calvin ▬ Monday, August 12, 2013

SAVANNAH, Ga. (AP) — A federal judge Monday threw out race discrimination claims by a former Savannah restaurant manager whose lawsuit against Paula Deen has already cost the celebrity cook a valuable chunk of her culinary empire.

Lisa Jackson sued Deen and her brother, Bubba Hiers, last year saying she suffered from sexual harassment and racially offensive talk and employment practices that were unfair to black workers during her five years as a manager of Uncle Bubba’s Seafood and Oyster House. Deen is co-owner of the restaurant, which is primarily run by her brother.

But claims of race discrimination by Jackson, who is white, were gutted in the 20-page opinion by U.S. District Court Judge William T. Moore Jr. The judge agreed with lawyers for Deen and Hiers that Jackson has no standing to sue her former employers for what she claims was poor treatment of black workers, regardless of her claims that she was offended and placed under additional stress.

Jackson, at best, “is an accidental victim of the alleged racial discrimination,” Moore said in his ruling. “There are no allegations that defendant Hiers’s racially offensive comments were either directed toward plaintiff or made with the intent to harass her.” 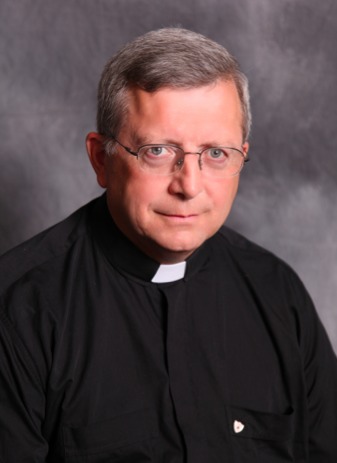 Identified - Mystery Priest Showed Up at a Crash Scene, then Vanished
archives most recent
More from Beliefnet and our partners
previous posts