Calvin’s Question? Say what? Federal drug agents are trained to “recreate” the investigative trail to conceal the Special Operation Division’s (SOD) involvement! How can this be when President Hussein told us Americans just 2 nights ago, August 6, 2013, on “The Tonight Show with Jay Leno” that his administration’s government programs are not spying on Americans?  FYI, this isn’t the so-called “crazy right-winged or alternative media” exposing this, it’s Reuters (see Item #2)!  ▬ Donna Calvin ▬ Thursday, August 8, 2013 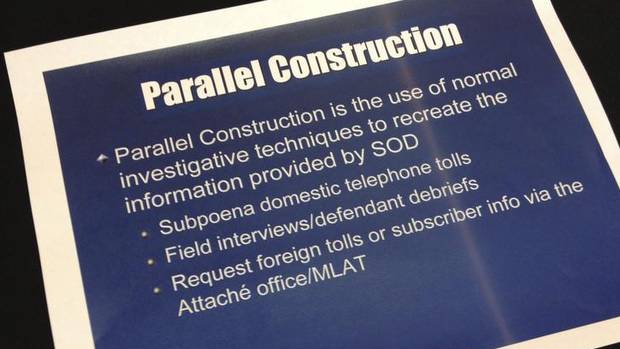 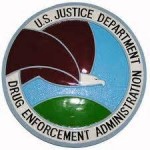 A secretive unit of the U.S. Drug Enforcement Administration (DEA) is funnelling information from intelligence intercepts, wiretaps, informants and a massive database of telephone records to authorities across the United States to help them launch criminal investigations of Americans.

Although these cases rarely involve national-security issues, documents reviewed by Reuters show that law-enforcement agents have been directed to conceal how such investigations truly begin – not only from defence lawyers but also sometimes from prosecutors and judges.

The undated documents show that federal agents are trained to “recreate” the investigative trail to effectively cover up where the information originated, a practice that some experts say violates a defendant’s Constitutional right to a fair trial. If defendants don’t know how an investigation began, they cannot know to ask to review potential sources of exculpatory evidence – information that could reveal entrapment, mistakes or biased witnesses.

“I have never heard of anything like this at all,” said Nancy Gertner, a Harvard Law School professor who served as a federal judge from 1994 to 2011. Prof. Gertner and other legal experts said the program sounds more troubling than recent disclosures that the National Security Agency (NSA) has been collecting domestic phone records. The NSA effort is geared toward stopping terrorists; the DEA program targets common criminals, primarily drug dealers.”

“It is one thing to create special rules for national security,” Prof. Gertner said. “Ordinary crime is entirely different. It sounds like they are phonying up investigations.”

The unit of the DEA that distributes the information is called the Special Operations Division, or SOD. It was created in 1994 to combat Latin American drug cartels and has grown from several dozen employees to several hundred.

Today, much of the SOD’s work is classified, and officials asked that its precise location in Virginia not be revealed. The documents reviewed by Reuters are marked “Law Enforcement Sensitive,” a government categorization that is meant to keep them confidential.

“Remember that the utilization of SOD cannot be revealed or discussed in any investigative function,” a document presented to agents reads. The document specifically directs agents to omit the SOD’s involvement from investigative reports, affidavits, discussions with prosecutors and courtroom testimony. Agents are instructed to then use “normal investigative techniques to recreate the information provided by SOD.”

A spokesman with the Department of Justice, which oversees the DEA, declined to comment.

But two senior DEA officials defended the program, and said trying to “recreate” an investigative trail is not only legal but a technique that is used almost daily.

A former federal agent who received such tips from SOD described the process. “You’d be told only: ‘Be at a certain truck stop at a certain time and look for a certain vehicle.’ And so we’d alert the state police to find an excuse to stop that vehicle, and then have a drug dog search it,” the agent said.

After an arrest was made, agents then pretended that their investigation began with the traffic stop, not with the SOD tip, the former agent said. The training document reviewed by Reuters refers to this process as “parallel construction.”

The two senior DEA officials, who spoke on behalf of the agency but only on condition of anonymity, said the process is kept secret to protect sources and investigative methods. “Parallel construction is a law enforcement technique we use every day,” one official said. “It’s decades old, a bedrock concept.”

Some defence lawyers and former prosecutors said that using “parallel construction” may be legal to establish probable cause for an arrest. But they said employing the practice as a means of disguising how an investigation began may violate pretrial discovery rules by burying evidence that could prove useful to criminal defendants.

Lawrence Lustberg, a New Jersey defence lawyer, said any systematic government effort to conceal the circumstances under which cases begin “would not only be alarming but pretty blatantly unconstitutional.” Mr. Lustberg and others said the government’s use of the SOD program skirts established court procedures by which judges privately examine sensitive information, such as an informant’s identity or classified evidence, to determine whether the information is relevant to the defence. “You can’t game the system,” said former federal prosecutor Henry E. Hockeimer Jr. “You can’t create this subterfuge. These are drug crimes, not national security cases.”. If you don’t draw the line here, where do you draw it?”

Wiretap tips forwarded by the SOD usually come from foreign governments, U.S. intelligence agencies or court-authorized domestic phone recordings. Because warrantless eavesdropping on Americans is illegal, tips from intelligence agencies are generally not forwarded to the SOD until a caller’s citizenship can be verified, according to one senior law-enforcement official and one former U.S. military intelligence analyst.

“They do a pretty good job of screening, but it can be a struggle to know for sure whether the person on a wiretap is American,” the senior law-enforcement official said.

Tips from domestic wiretaps typically occur when agents use information gleaned from a court-ordered wiretap in one case to start a second investigation.

As a practical matter, law-enforcement agents said they usually don’t worry that the SOD’s involvement will be exposed in court. That’s because most drug-trafficking defendants plead guilty before trial and therefore never request to see the evidence against them. If cases did go to trial, current and former agents said, charges were sometimes dropped to avoid the risk of exposing SOD involvement.

“It was an amazing tool,” said one recently retired federal agent. “Our big fear was that it wouldn’t stay secret.”

DEA officials said that the SOD process has been reviewed internally. They declined to provide Reuters with a copy of their most recent review.

Purpose of the programs

NSA: To use electronic surveillance to help the FBI catch terrorists, the U.S. military fight wars and the CIA collect intelligence about foreign governments.

SOD: To help the DEA and other law-enforcement agents launch criminal investigations of drug dealers, money launderers and other common criminals, including Americans. The unit also handles global narco-terrorism cases.

NSA: Much of what the agency does remains classified, but Mr. Snowden’s recent disclosures show that the NSA not only eavesdrops on foreign communications but has also created a database of virtually every phone call made inside the United States.

SOD: The SOD forwards tips gleaned from NSA intercepts, wiretaps by foreign governments, court-approved domestic wiretaps and a database called DICE to federal agents and local law-enforcement officers. The DICE database is different from the NSA phone-records database. DICE consists of about 1 billion records, and is primarily a compilation of phone log data that is legally gathered.by the DEA through subpoenas or search warrants.

Disclosure to the accused

NSA: Collection of domestic data by the NSA and FBI for espionage and terrorism cases is regulated by the Foreign Intelligence Surveillance Act. If prosecutors intend to use FISA or other classified evidence in court, they issue a public notice, and a judge determines whether the defence is entitled to review the evidence. In a court filing last week, prosecutors said they will now notify defendants whenever the NSA phone-records database is used during an investigation.

SOD: A document reviewed by Reuters shows that federal drug agents are trained to “recreate” the investigative trail to conceal the SOD’s involvement. Defence attorneys, former prosecutors and judges say the practice prevents defendants from even knowing about evidence that might be exculpatory. They say it circumvents court procedures for weighing whether sensitive, classified or FISA evidence must be disclosed to a defendant.

SOD: DEA officials who oversee the unit say the information sent to law-enforcement authorities was obtained through subpoena, court order and other legal means. A DEA spokesman said members of Congress “have been briefed over the years about SOD programs and successes.” This includes a 2011 letter to the Senate describing the DICE database. But the spokesman said he didn’t know whether lawmakers have been briefed on how tips are being used in domestic criminal cases.

By John Shiffman and David Ingram

WASHINGTON (Reuters) – Details of a U.S. Drug Enforcement Administration program that feeds tips to federal agents and then instructs them to alter the investigative trail were published in a manual used by agents of the Internal Revenue Service for two years.

The practice of recreating the investigative trail, highly criticized by former prosecutors and defense lawyers after Reuters reported it this week, is now under review by the Justice Department. Two high-profile Republicans have also raised questions about the procedure. 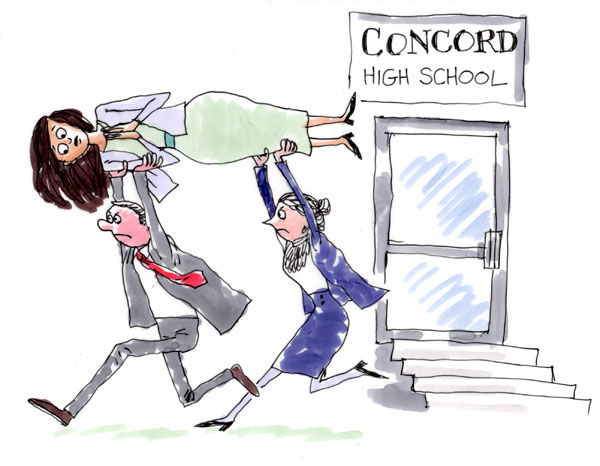