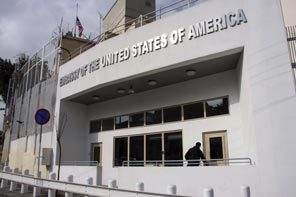 A number of U.S. embassies will close Sunday in response to “more than the usual chatter” of a potential terrorist threat, and could remain closed into the next week.

Other U.S. interests, including military posts, were also expected to boost security from Sunday through the end of the holy month of Ramadan Wednesday, as well as the approach of the first anniversary of the September 11, 2012, attack on an American compound in Benghazi, Libya.

The State Department said intelligence had picked up signs of a potential al Qaeda plot against embassies in the Middle East and other Muslim countries, and was acting out of “an abundance of caution.”

It did not specify which embassies or consulates were specifically targeted.

“The Department of State has instructed certain U.S. embassies and consulates to remain closed or to suspend operations on Sunday, August 4,” said department spokeswoman Marie Harf Thursday. “The department has been apprised of information that out of an abundance of caution and care for our employees and others who may be visiting our installation, that indicates we should institute these precautionary steps.”

“The department, when conditions warrant, takes steps like this to balance our continued operations with security and safety,” Harf said.

Harf added embassies would reopen or stay closed into the week based on individual assessments.

By Friday morning, at least 17 embassies that normally have Sunday hours announced they would close this weekend.

The State Department also issued a worldwide travel alert Friday, “particularly in the Middle East and North Africa, and possibly occurring in or emanating from the Arabian Peninsula,” because of the same or similar threats.

The full text of the alert follows the video.

The Department of State alerts U.S. citizens to the continued potential for terrorist attacks, particularly in the Middle East and North Africa, and possibly occurring in or emanating from the Arabian Peninsula. Current information suggests that al-Qa’ida and affiliated organizations continue to plan terrorist attacks both in the region and beyond, and that they may focus efforts to conduct attacks in the period between now and the end of August. This Travel Alert expires on August 31, 2013. Terrorists may elect to use a variety of means and weapons and target both official and private interests. U.S. citizens are reminded of the potential for terrorists to attack public transportation systems and other tourist infrastructure. Terrorists have targeted and attacked subway and rail systems, as well as aviation and maritime services. U.S. citizens should take every precaution to be aware of their surroundings and to adopt appropriate safety measures to protect themselves when traveling. We continue to work closely with other nations on the threat from international terrorism, including from al-Qa’ida. Information is routinely shared between the U.S. and our key partners in order to disrupt terrorist plotting, identify and take action against potential operatives, and strengthen our defenses against potential threats. We recommend U.S. citizens register their travel plans with the Consular Section of the U.S. Embassy through the State Department’s travel registration website. We strongly recommend that U.S. citizens Traveling abroad enroll in the Department of State’s Smart Traveler Enrollment Program (STEP). STEP enrollment gives you the latest security updates, and makes it easier for the U.S. embassy or nearest U.S. consulate to contact you in an emergency. If you don’t have Internet access, enroll directly with the nearest U.S. embassy or consulate. For the latest security information, U.S. citizens traveling abroad should regularly monitor the Department of State’s Internet website at travel.state.gov where the Worldwide Caution, Country Specific Information, Travel Warnings, and Travel Alerts can be found. Follow us on Twitter and the Bureau of Consular Affairs page on Facebook as well. Download our free Smart Traveler app, available through iTunes or Google Play, to have travel information at your fingertips. In addition to information on the internet, travelers may obtain up-to-date information on security conditions by calling 1-888-407-4747 toll-free in the United States and Canada or, from other countries, on a regular toll line at 1-202-501-4444. These numbers are available from 8:00 am to 8:00 pm Monday through Friday, Eastern Time (except U.S. federal holidays).

The department also confirmed a list of 21 diplomatic missions across the Middle East, North Africa and reaching as far as Afghanistan that will be closed on Sunday — President Barack Obama’s birthday — because of a credible security threat

“Current information suggests that al-Qa’ida and affiliated organizations continue to plan terrorist attacks both in the region and beyond, and that they may focus efforts to conduct attacks in the period between now and the end of August,” the department warned.

Consulates in Dharan and Jeddah, Saudi Arabia, as well as a consulate in Dubai, United Arab Emirates, and Erbil, Iraq, also will close. 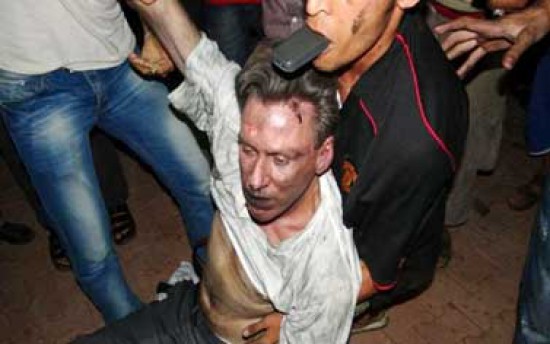