Calvin’s Commentary: There is not one doubt in my mind that if it weren’t for U.S. Attorney General Eric Holder and President Obama working up Al Sharpton and Jesse Jackson who then riled up the close-to-the-edge blacks in Sandford, Florida, and 100 other cities, none of this would be happening of these death threats coming to assault an innocent pastor with an unfortunate name – George Zimmermann – spelled with two n’s. In fact, you and I would have never heard of the names George Zimmerman or Trayvon Martin. This would have been a local news story.

Judicial Watch has the low-down on how Eric Holder, not only worked up Al and Jesse, but helped them get down there to rile up racism to advance their agenda to keep the races divided and at each others throats for their own greedy reasons.

Read the article from Judicial Watch at
http://blog.beliefnet.com/watchwomanonthewall/?p=26513

Moreover, I’m reading online how ABC altered Juror B29’s interview on Good Morning America to make it look like she said that Zimmerman is guilty of murder and got away with it. I am weary of the tactics of the mainstream media, a president and an attorney general who all want the same thing – racism to abound in the USA. It’s an outrage!

Read the article on The Blaze, “Did ABC News Deceptively Edit Zimmerman Juror’s Controversial Interview? An Unlikely Source Is Calling Them Out” at
http://www.theblaze.com/stories/2013/07/26/did-abc-news-deceptively-edit-zimmerman-jurors-controversial-interview-an-unlikely-source-is-calling-them-out/

On another level, in my heart of hearts, I feel 99.9% certain that Juror B29 who appeared on TV saying that Zimmerman got away with murder (on the doctored TV presentation) is being threatened, like Pastor Zimmermann, the real George Zimmerman, like his parents, and numerous others, terrorizing Juror B29, that if she didn’t recant her jury verdict of “not guilty” that she, her family and everyone she knows can expect death from the New Black Panthers and/or every other racist terrorist group and individual out there! The evildoers are not going to stop until they get their way!  To divide the races and keep them divided – because it lines their pockets with big buck$!

But there is an even more sinister outcome the leaders are conspiring for.

They want America divided because a house divided cannot stand. They don’t want a free America living under the U.S. Constitution, they want to establish their own form of governance where only THEY get to rule and dominate and only their ideas are acceptable and anything that deviates from liberal-socialist-thought is a hate crime and punishable.  You, Mr. & Mrs. Christian American, are standing on the slippery side of Germany 1932.  How long will you keep silent?  Think of the future of your children and grandchildren!
▬ Donna Calvin ▬ Saturday, July 27, 2013

“Hey (expletive) you’re the one who killed Trayvon Martin, when your (expletive) get out, you’re dead,” the message said. “‘Wherever you’re trying to hide, you’re dead.”

Having the name “George Zimmerman” is difficult these days, especially after the Florida man’s acquittal of murder charges. One man, 78-year-old George A. Zimmermann, a retired pastor who had nothing at all to do with the case, is regularly getting threats from confused individuals who are mistaking him for the 29-year-old former defendant.

The preacher, who retired to Deland, Florida, 16 years ago after leaving Georgetown United Methodist Church in Paradise, Pennsylvania, told Charisma News about some of the unpalatable and scary phone calls he has received since Zimmerman (one “n”), first made national news in 2012.

“In the beginning, I received four or five calls,” Zimmermann told the outlet. “I’d say, ‘Hey, you got the wrong person. I don’t live in Sanford.’ And then it stopped.”

Or so he thought.

Once the trial began, the phone calls came trickling back in. And some of them were pretty terrifying. On the night the verdict was reached, the former preacher said he had a call at 1 a.m. that woke him up and another at 3 a.m. Zimmermann recorded the most threatening message, which WFTV-TV played on the air.

“Hey (expletive) you’re the one who killed Trayvon Martin, when your (expletive) get out, you’re dead,” the message said. “‘. Wherever you’re trying to hide, you’re dead.”

The message went on to warn the preacher to watch himself, noting that he isn’t free and that he “better get ready to dig a 6-foot hole.” The call was so jarring that Zimmermann called police to report it.

The faith leader is hoping that the calls will soon come to an end. 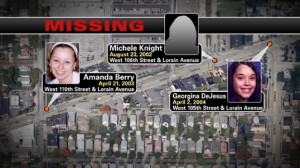