Moises Meraz-Espinoza walked into the Huntington Park Police Department two years ago to report a crime: He had killed his mother.

Officers went to the Maywood apartment that the then-18-year-old factory worker shared with his mother, Amelia Espinoza, 42, and found a gruesome scene. A trail of blood led to the bathroom, where plastic covered the walls and floor. There, they found an electrical circular saw with pieces of bone, blood and flesh stuck to the blade. Nearby, in a freezer, police found skin and muscles stored in plastic bags. The woman’s skull, with all her teeth plucked out, her eyes removed and two upside-down crosses carved into the bone, was stashed in a backpack. 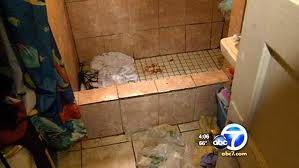 t Meraz-Espinoza strangled his mother and then skinned, filleted and dismembered her body as part of a satanic ritual. A Norwalk jury convicted him of first-degree murder in June.

On Wednesday, Los Angeles County Superior Court Judge Thomas I. McKnew Jr. sentenced Meraz-Espinoza to 25 years to life in prison, saying that the slaying “certainly ranks up there at the top” of “the most disgusting, hideous and vulgar” cases he has seen during his 50 years in the legal profession.

Initial reports speculated that Meraz-Espinoza was depressed over his girlfriend’s recent death when he killed his mother. But Deputy Dist. Atty. Heba Matta, who prosecuted the case, said he was more motivated by satanic beliefs, which he was “heavily entrenched in.”

Matta said Meraz-Espinoza has numerous tattoos that draw on satanic imagery, such as upside-down crosses and a 666 behind his right ear. Authorities recovered his copy of a satanic bible near the crime scene. The date he chose to strangle and dismember his mother, Feb. 2, 2011, also fell on a day in the satanic calendar that calls for ritual human or animal sacrifice.

Meraz-Espinoza has no prior convictions, and prosecutors and defense attorneys said his relationship with his mother before the killing was typical for a teenager. His father was mostly absent from family life, Roberts said, which strained the mother-son dynamic. His mother disapproved of his listening to death metal music and he regularly disobeyed her, Matta said.

“This was sheerly motivated by evil,” Matta said.

Click here to read the full story on LATimes.com. 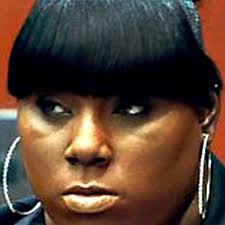