Calvin’s Commentary: Two quickie heads up — Neither are about the following item of Jeantel saying Zimmerman was likely a gay rapist after Trayvon, but another important aspect about the Zimmerman jury who heard Rachel Jeantel’s testimony.  (1.)  Just in case you’re wondering why there was only one black woman on the jury of six, there could have been two blacks, but one black person was refused by the prosecution because they said they watched Fox News during the time of picking the jury from the potential pool of jurors, also known as the venire. During venire, or jury selection, is when both the defense and the prosecution question potential jurors and make choices of whom they believe will be best suited to find a verdict that they are pursuing. Question? Was watching Fox News considered a detriment to the prosecution’s side because liberals find Fox News to be conservative and not “fair and balanced” as Fox claims? (2.) Also, a note to those bellyaching about the 5:1 ratio of 5 whites to 1 black on the jury, one out of six is not at all off base to represent the black community by percentage of the US population – because the Zimmerman jury was 16.7% black and according to the 2010 Demographics of the USA, only 12.6% of the US population is African-American. Florida’s African-American population is 16%. ( Population Source –http://en.wikipedia.org/wiki/Demographics_of_the_United_States )  (3.) One more quick note FYI – Talk-show host Jim Quinn (America‘s Morning Show with Quinn & Rose – www.warroom.com) on his radio program this morning that airs on WPGB 104.7 FM from 6 AM to 10 PM ( listen to podcast at www.WPGB.com ) out of Pittsburgh, PA said that he was holding in his hand the printout of the lies the media told about George Zimmerman — and it numbered, printed out 5½ pages!  For example, just one of many of the lies was how NBC doctored the 911 call Zimmerman made to police notifying them of a suspicious person he didn’t know he had noted in his gated neighborhood to make Zimmerman sound like a bigot.  Now, for the rest of the story … so to speak … ▬  Donna Calvin ▬ Wednesday, July 17, 2013

New Talking Point: Trayvon Was the Bigot Because He Thought Zimmerman Was Gay

“Zimmerman got beat up because Trayvon thought he was gay.”

You might have thought the Trayvon Martin case was about race—that George Zimmerman thought the unarmed teenager was a criminal because he was black. Today, in certain corners of the Internet, you are wrong. It’s Martin who was the true bigot. As Rush Limbaugh told listeners Tuesday, “Zimmerman got beat up because Trayvon thought he was gay.”

RELATED: America Has Cameras in All the Wrong Courtrooms

In an interview with CNN’s Piers Morgan on Monday night, Rachel Jeantel said she told Martin to run from George Zimmerman because he might be a rapist, during their phone call in the last minutes of Martin’s life. “For every boy or every man who’s not that kind of way, seeing a grown man following them, would they be creeped out?” she said. This is not new. When Jeantel said the same thing in court in June, it didn’t make much news—people were focused on her “creepy-ass cracker” description of Zimmerman instead of the rape angle. But now, it’s the main story on the Drudge Report. Limbaugh spent a good part of his radio show talking about it. Lots of conservative blogs picked it up.

“JEANTEL WARNED ZIMMERMAN COULD BE GAY RAPIST” Drudge declared. “Jeantel opened up and let loose on the murder case that gripped that nation. She explained to CNN’s Piers Morgan how she warned her childhood friend that Zimmerman—could be a gay rapist!” Drudge headlined Limbaugh’s afternoon commentary. Limbaugh said:

RUSH:  Do you understand, ladies and gentlemen, what she just said?  Let me spell it out for you.  When Trayvon described Zimmerman to her, “creepy ass cracka,” she began to fear that Zimmerman was gay. A rapist. She then told Trayvon to run, run, run…

“For every boys, or every man, every who’s not that kinda way,” meaning everybody who’s straight, “see a grown man following them, would they be creep out?”  She’s telling us the reason Trayvon Martin descended on Zimmerman and started pummeling him was because he was offended. He thought, because what she said to him, that Zimmerman was gay. Zimmerman got beat up because Trayvon thought he was gay.

Remarkably, the rape comment wasn’t new to Limbaugh. In fact, he discussed it on his June 27 show —as evidence Jeantel was a liar.

(Video of Jeantel’s testimony below. ↓↓↓ Click large arrow in center to view.)

She’s really having some problems with the truth on the witness stand. But it’s impossible, folks, to say any more with juries after the OJ trial and so forth.

Get it? Only dummies like the O.J. Simpson jurors would believe such a thing. Of course, way back when, Martin was the true bigot for another reason. The headline on that June 27 segment? “Prosecution’s Star Witness Says Trayvon Martin Called George Zimmerman a ‘Creepy-Ass Cracker.'”

That Martin was the true bigot was the lesson many took from Tuesday’s comments. “Trayvon didn’t run and instead attacked Zimmerman which means he was a homophobe or gay basher,” the Right Scoop said. A sampling from Twitter:

This is a fascinating example of how America has changed when it comes to talking about race. Almost everyone agrees that being a bigot is bad—except for, maybe, The Washington Post‘s Richard Cohen— and no one wants their “side” tagged as the bigoted one. Perhaps someday Rush Limbaugh will be a fully committed gay rights advocate! Not as part of his recurring argument that black people are always on the verge of violence, but because it’s the right thing to do. Today is not that day.

TRAYVON: NOT THAT KIND OF WAY

Jeantel opened up and let loose on the murder case that gripped that nation.

She explained to CNN’s Piers Morgan how she warned her childhood friend that Zimmerman — could be a gay rapist!

MORGAN: You felt that there was no doubt in your mind from what Trayvon was telling you on the phone about the creepy ass cracka and so on, that he absolutely believed that George Zimmerman, this man, you didn’t know who he was at the time, but this man, was pursuing him?

MORGAN: And he was freaked out by it?

JEANTEL: Yes. Definitely after I say may be a rapist, for every boy, for every man, every — who’s not that kind of way, seeing a grown man following them, would they be creep out?

“And people need to understand, he didn’t want that creepy ass cracker going to his father or girlfriend’s house to go get — mind you, his little brother was there. You know — now, mind you, I told you — I told Trayvon it might have been a rapist.” 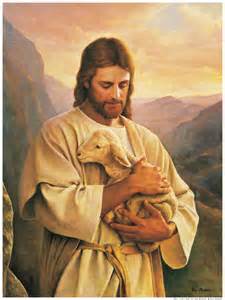