Calvin’s Commentary: Fifty Shades of Grey is not a book I have read or intend to read, nor am I advocating anything good about it or suggesting that anyone should read it. In fact, I think it is awful that Muslim men imprisoned in Gitmo because they are terrorists who would kill an American in an instant are allowed to read any kind of denigrating, pigsty material. It is like giving an American rapist in an American prison a porn magazine. In fact, I am saying just the opposite of supplying Fifty Shades of Grey to terrorists. No one should read Fifty Shades of Grey. It doesn’t matter if it’s on the best sellers list. Smut is smut. Evil is evil. Americans have lost their moral compass long ago.

Alas, if that’s the case that no one should read Fifty Shades of Grey, why am I posting this?

I want to demonstrate the duplicity of the Muslim religion – that unfortunately anti-American liberals in high influential places of government, and who are embedded profusely in academia, and in the left-winged mainstream media who collectively extol the virtues of the so-called Muslim “Religion of Peace”. Muslim men in Muslim countries treat women abominably. Muslim men treat women like they are sub-humans or even less. We here in the USA speak very negatively about the Jim Crow Laws concerning the denigration of black people. Almost all Americans know how blacks were considered less, in those days, than real human beings; for example, only being given two-thirds of a vote instead of a full vote like white men were given. For good reason, today, we do not approve of this abominable law and look back on our past with remorse, glad it is no longer acceptable to think of one human being as less than another.

In Muslim countries where Sharia Law is practiced, women are treated much worse than blacks were when they were regarded as being only two-thirds of a person. For example, women in Muslim countries, living under Sharia Law, are beheaded or stoned to death if they are raped – Why? Because women are considered to be at the fault of the rape, not the man. Why, how can that be you ask in an astounded voice? Simply because they are women, Muslims are taught that women’s looks, behavior, and their mere existence to be the reason the man was aroused; therefore, the man couldn’t help himself. He just had to rape her. The Muslim male perpetrator is excused and the female victim is stoned to death.

Having that knowledge, why would the American government, who should be teaching Muslim men to respect women, give Fifty Shades of Grey to Muslim terrorists who are already predisposed to violence, hate, and anti-female bigotry.

Please don’t ever forget this, all the Muslims in Gitmo are not just detainees, as the headline suggests, they are incarcerated terrorists! They are there because they want your daughters, your wives, your mothers and YOU dead!

What is the reason and the real purpose behind the US government giving Muslim males who are anti-American, hate-filled terrorists this book? Think about it and please comment.

BTW, there might be some other things you haven’t heard about Gitmo.

“Rather than the Quran, the book that is requested most by the [high-value detainees] is Fifty Shades of Grey. They’ve read the entire series in English, but we were willing to translate it,” the Virginia Democrat, who advocates for closing Guantanamo, told the Huffington Post. “I guess there’s not much going on, these guys are going nowhere, so what the hell.”

Military officials gave a tour of the camp that they won’t even acknowledge the existence of to the press. On the trip with Mr. Moran were Sen. Tim Kaine (D-Va.), Reps. Frank Wolf (R-Va.) and Gerry Connolly (D-Va.) and William Lietzau, the Pentagon’s chief of detainee policy, who just announced he is stepping down, the Huffington Post reported.

“We had everybody there, there was no dispute of that,” Mr. Moran said.

The Democrat said in a statement last week that “maintaining the detention center at Guantanamo Bay is more about politics than good policy.”

“I applaud the President’s commitment to closing this facility and will continue pursuing all legislative options that will allow for the transfer of the remaining 84 detainees who have been cleared,” he concluded.

There are believed to be 15 or 16 high-value detainees living in Camp Seven, The Post reported, but military officials wouldn’t confirm those numbers directly to the press. 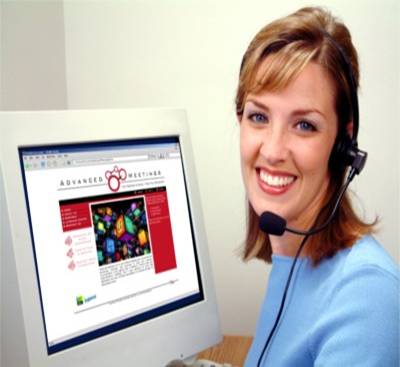 Now this is my kind of Customer Service! Enjoy!
archives most recent
More from Beliefnet and our partners
previous posts