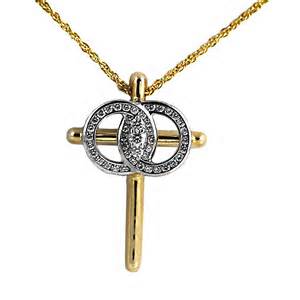 The Culture War Continues & How You Can Help Win It!

Today the Supreme Court handed down two decisions on the meaning of marriage. Here is my analysis with an action item at the end.

Many conservatives had feared the possibility of broad rulings from the Supreme Court today dramatically redefining the institution of marriage. In reality, the rulings were relatively narrow in scope. While we are relieved that the worst-case scenario did not happen today, it is nevertheless one more step toward the redefinition of marriage by judicial fiat.

Regarding the Defense of Marriage Act, the Supreme Court ruled in a 5-to-4 decision authored by Justice Anthony Kennedy that Congress could not deny federal benefits to married same-sex couples in states where such marriages are legal.

Justice Kennedy declared that the regulation of marriage was essentially a state issue and Congress had no authority to deny benefits to couples legally married. Therefore the Supreme Court declared Section 3 of the Defense of Marriage Act, which governed federal benefits, unconstitutional.

The Proposition 8 decision was a technical ruling on procedural grounds related to who had proper standing to represent the voters of California who approved the ballot initiative. The justices effectively punted and refused to decide the case. Chief Justice John Roberts, writing for the majority, declared: “We have never before upheld the standing of a private party to defend the constitutionality of a state statute when state officials have chosen not to. We decline to do so for the first time here.”

The irony of these two decisions is inescapable. In the DOMA case, the court’s majority clearly sided with the right of states to define marriage when they are choosing to let men “marry” other men. Yet in the Proposition 8 decision, the court decided not to decide when the people of the state have voted to uphold the normal meaning of marriage.

Our condolences to the people of California. They exercised their right of self-government only to have state officials ignore them and to have judges treat them like serfs and deny them the right to define marriage.

As sad as this is for the people of California, we have avoided at least for today the establishment by the Supreme Court of a constitutional right nationwide for men to “marry” men. There were not five votes on the high court willing to declare yet another non-existent right.

This guarantees that the battle will be fought out in state after state. It is a warning to our side that when you elect state legislators and governors you must get from them a pledge to defend your values and to appoint judges who will respect the will of the people.

Folks, make no mistake about it. While this effort is being driven by the left, there are Republicans (I debated one recently) who want this. And there is a larger group of Republicans who are privately relieved.

They will claim the issue is settled. “The court has ruled; what can I do?” they will argue. Cowardly politicians and anyone else tempted to think we should just concede do not understand that the attack will now only intensify against churches, schools, businesses and families who don’t share the left’s radical view of marriage.

Step by step, cultural extremists are ripping America away from its Judeo-Christian foundation. The radical movement that was somewhat successful in the Supreme Court today has essentially equated the Book of Genesis, where the notion of marriage being between a man and a woman originates, with bigotry.

Some may think the battle is over. It is not! And the battle is about more than just marriage. The whole concept of “We the People” was undermined.

Justice Antonin Scalia wrote in his dissent in the DOMA decision: “This case is about power in several respects. It is about the power of our people to govern themselves, and the power of this Court to pronounce the law.  Today’s opinion aggrandizes the latter, with the predictable consequence of diminishing the former.”

Religious liberty is also at stake. The militant homosexual movement will now increase its efforts to force those whose faith teaches them otherwise to embrace and subsidize what they find morally objectionable, just as Obama Administration is doing now to Catholic institutions and Christian businesses through Obamacare’s mandates.

What Will You Do?

Our phones are ringing off the hook. I have been doing interviews all day long. Left-wing reporters can barely contain their glee with today’s decisions undermining marriage.

I am pushing back against their spin and doing everything I can to make them realize that while today’s results were bad, this was not a catastrophic day for our values or the pro-family movement.

Today’s rulings are a clarion call for men and women of faith. If you are as angry as I am by the left’s use the of courts to thwart the will of the people and to bash our most cherished values, please let me know you are still in this fight!

Click here right now to give whatever you can — even if it is just $5 — to help American Values fight back.

“Organizing For Action” is already promising to “go state by state if we have to” to redefine marriage.

Are you prepared to fight back?

To be removed from Gary Bauer’s End of Day distribution list, please reply to this message with “Remove” in the subject line. 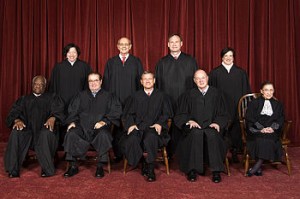