WASHINGTON (AP) — In the years before the Boston Marathon bombings, Tamerlan Tsarnaev fell under the influence of a new friend, a Muslim convert who steered the religiously apathetic young man toward a strict strain of Islam, family members said.Under the tutelage of a friend known to the Tsarnaev family only as Misha, Tamerlan gave up boxing and stopped studying music, his family said. He began opposing the wars in Afghanistan and Iraq. He turned to websites and literature claiming that the CIA was behind the terrorist attacks of Sept. 11, 2001, and Jews controlled the world.”Somehow, he just took his brain,” said Tamerlan’s uncle, Ruslan Tsarni, who recalled conversations with Tamerlan’s worried father about Misha’s influence. Efforts over several days by The Associated Press to identify and interview Misha have been unsuccessful. 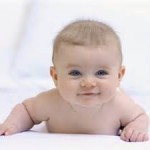