Calvin’s Commentary: Many of you got involved because of something from the early 1990’s called “Outcome Based Education.” You fought it and you thought you won, except you didn’t. It’s here and it’s worse than ever. It’s called Agenda 21 and Common Core. ▬ Donna Calvin ▬ Monday, April 8, 2013

If Common Core has its way the day will come when the parents of children indoctrinated by this hideous UN program will face a heartless, impossible to change enemy: their own children. Only parents can set their children free from Common Core indoctrination

Only parents can set their children free from Common Core indoctrination

The new battle-cry to save a disappearing Republic should begin with the words: “Set our children free”.

While the President Barack Obama-led Socialist regime in Washington calls the tune by keeping the bouncing ball over the concept of Government-Fighting-Patriots, the real battle is the one where it gets to take over your children.

With all eyes trained expectantly on the latest Obama executive order; with the definition of one man, one woman marriage being rewritten by the Supreme Court, progressives in office have been working out the details to come up with a way to capture your children. 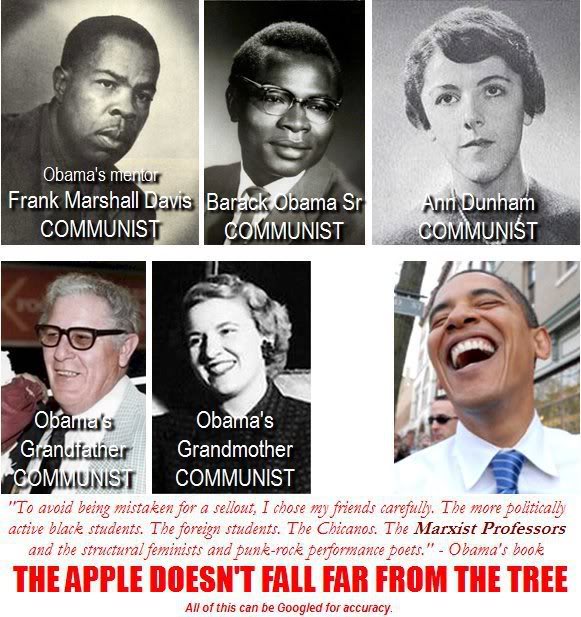 Millions of parents with school-age children will never know their children have been captured and led away.  The name of the program set up for the kidnap of all time is so innocent sounding: Common Core.  But in typical Marxist fashion, the name can be morphed into a myriad of others when it becomes expedient to keep parents in the dark.

Patriotic warriors like Glenn Beck, Michelle Malkin and CFP’s Ileana Johnson are shining light into the darkness.  But if the children of the day are ever to be set free, it will take parents opening the steel gates that now confine them.

Just as the United Nations Agenda 21 now controls every aspect of adult life, Common Core controls the instruction of the school child. 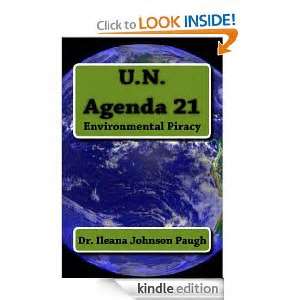 Finding the true intent of Common Core means getting behind the hype of its mask of innocence.

Middlemen advocates in the progressive infrastructure are now trying to palm off the universal standards of Common Core as a “state-led” initiative.

“No they were Gates-led, not state-led, writes Oak Norton at Deseret News.  “The Gates Foundation pumped $20 million into the National Governors Association and Council of Chief State Superintendents Organization to create those standards.

“They did it to fulfill a contractual obligation stemming from Microsoft’s 2004 contract with United Nations Educational, Scientific and Cultural Organization to create a global education system. (Italics CFP’s).

“Gates has paid $173 million so far to create and promote Common Core.  The Utah State Office of Education didn’t even know who was on the drafting committee until the standards were written, which happens to be after Utah adopted them.”

Bill and Melinda Gates have three children—and all of yours.

Key to Common Core’s con job is the fallacy that Common Core standards were internationally benchmarked.  They never were. 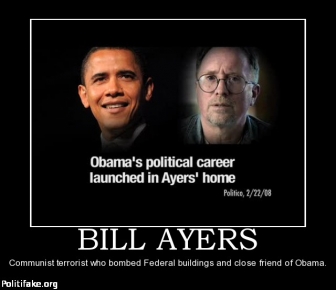 Lie-laden, too, is the progressive myth that adoption of the K-12 standards is in no way mandatory.

But try getting your children out of Common Core if you happen to live in one of the 45 states where it has already been implemented.

“As part of the 2009 stimulus legislation, the federal government created the so-called Race to the Top (RTT) Fund, $4.35 billion in competitive educational grants.” (Christian Post, Feb. 13, 2013).

Sounds nice but only available to states that adopt Common Core. 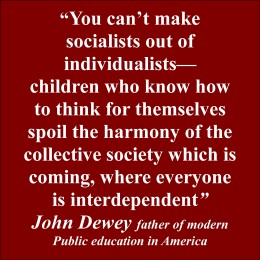 The long trail of the progressives in public education goes all the way from John Dewey, a major representative in progressive education and liberalism, to modern-day activists like Barack Obama and Bill Ayers, now in league with the deep-pocketed UN apostle Bill Gates.

Known as the power behind the Fundamental Transformation of America, Barack Obama had his nose in your children’s school books long before parental suspicion threw light on Common Core.

Back in the mid-90s, Obama invested his experience as an on-the-street community organizer to co-partner with unrepentant domestic terrorist Bill Ayers on the Chicago Annenberg Challenge. 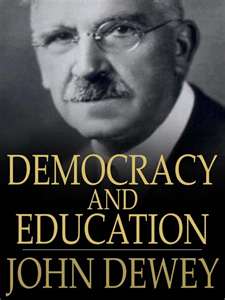 “Barack Obama, elected by the Board of Directors as founding chairman and president of the Chicago Annenberg Challenge (1995–1999), resigned as chairman and president in September 1999 to run as a candidate in the 2000 Democratic primary for the 1st Congressional District of Illinois, and was succeeded by Edward Bottum (1999–2001).” (Wikipedia)

The progressives‘ stranglehold on public education is where it lives, breathes and builds for the future.  Nothing is as vital to them as control of young minds.

Meanwhile, in a world that has gone bottom up, top down and inside out, finding others of like mind is essential to the survival of the American patriot.

If Common Core has its way the day will come when the parents of children indoctrinated by this hideous UN program will face a heartless, impossible to change new enemy: their own children.

Go back to Page 1 – MSNBC Ad says your kids aren’t yours, they belong to the collective
http://blog.beliefnet.com/watchwomanonthewall/?p=24002 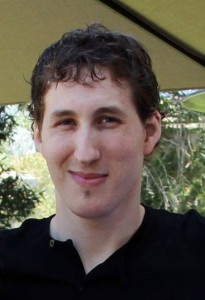