What’s behind the punishment for fake guns in schools?

Comment from the sane and reasonable woman who forwarded me the article, “What’s behind the punishment for fake guns in schools?”

As a matter of fact gun education should be added to the curriculum (not to mention studying the Constitution). After all, kids are gonna do it anyway so they might as well be trained to use guns responsibly and safely. (Place a condom over the muzzle?)

What’s behind the punishment for fake guns in schools?

In the latest episode of Ban Fake Guns, we have a boy suspended from school in Florence, Arizona, for carrying, yes, a picture of a gun on his computer. Screen saver. This is surely a sign of complete mental breakdown by school officials. And yet one more reason to home school. 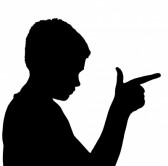 Should we assume that because cops and school officials can’t stop real crimes, they’re settling for stopping fake crimes?

Can you hear the typical response to these school suspensions and lockdowns? “Well, everybody in the community is on edge these days, after Sandy Hook.”

That remark garners a “Mmm, well, sure.”

Then, the follow-up: “It’s unfortunate that school officials and police MAY HAVE overreacted. Suspension from school is PROBABLY too much. These kids need some form of LESSER DISCIPLINE, and, of course, EDUCATION about the dangers of guns.”

And there you have it. It’s a sleight-of-hand trick. Go completely overboard with an officially certified insane action (suspension, lockdown), and people will ask for something slightly less insane instead.

“Well, shooting old Bob in the leg and blowing up his car because he was sitting on his back porch cleaning his rifle was probably a bit much. A few days in jail would have taught him the right lesson.”

In schools, the slightly less insane (but still quite insane) solution to fake guns might go something like this:

“Today, class, we’re going to learn about how dangerous it is to have a picture of a gun.” 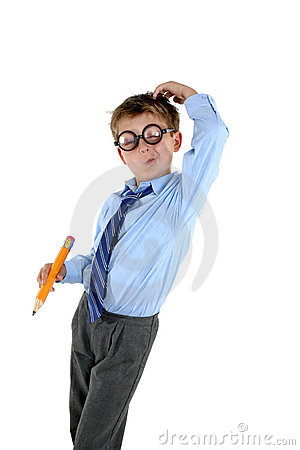 “You see, Jimmy, when you build a gun out of lego, you think it’s all right because you don’t know any better. But some other child might be terrified when she sees the gun. And that’s why we’re here. To protect everybody from bad feelings.”

Jimmy scratches his five-year-old head and wonders what world he was born into. He’s just been introduced to “greatest good for the greatest number,” “you have no freedom,” and “least bad for the lowest number,” all in five seconds.

What we’re seeing here is a mandate to change the culture. Teach these kids that any reference to, symbol of, or thought about guns is wrong.

Welcome to operant conditioning. [NOTE FROM WATCHWOMAN – IF YOU HAVE NEVER HEARD OF OPERANT, THERE’S A DEFINITION BELOW.]

These fake-gun busts are really about thought crimes.

We recently saw that with the passage of a New York State gun law. It requires psychiatrists to signal the police when they have a patient who may be “a danger to himself or others.” The patient is thereafter banned from owning a gun.

Any patient, any person has had thoughts of violence. Any psychiatrist can tease such thoughts out of a patient. And that can be sufficient to make a report to the police.

Eventually, the population can be directed to believe that “a bad thought” is a definite and inevitable precursor to a real crime. Therefore, nip things in the bud. Label thoughts themselves as crimes and the thinkers criminals.

“Well, Charlie has been having some very strange thoughts. Did you know that? I mean, he’s not the person we assumed he was.”

“Strange thoughts? You mean at the party last week? He was just kidding around.”

“Don’t be an idiot. Thoughts like that lead to serious crimes. Have you been living in a cave?”

And that’s what it feels like. You were living in a cave. When you came out, you discovered the public mindset had changed. All of a sudden, people were believing something new. In this case, they’re believing that “bad thoughts” always led to bad actions.

For example, remember crimes before there were hate crimes? Somebody killed somebody else and he went on trial for murder. Then the “hate conditions” were added, to increase the penalties. At that point, the court system was given the task of reading the criminal’s mind and deciding why he really did what he did. If he had the wrong thought before committing murder, he was a murderer-plus.

Soon, you’ll be hearing this: “Little Bobby brought that nerf gun to school. Twice! It’s incredible! So the school officials have referred him to a psychiatrist. And his parents are making a stink about it! Can you believe that? Obviously, the boy needs treatment. You know what? The parents do, too.”

Here’s what you won’t hear. Over the course of the next year, little Bobby is dosed with Ritalin, Zoloft, and Valproate. Driven into a psychotic state by the drugs, he stabs another child at school.

Then people will say, “Everybody knew this would happen. That nerf gun was the sign. The boy was having bad thoughts.”

Every special group in America with a social agenda is now committed to operant conditioning of the young. This means repetitive indoctrination in school and intense peer pressure. These groups aren’t messing around. They aren’t interested in rational dialogue between consenting adults. They’re going for the throat: brain-bend the young early and often.

I don’t care where you stand on any of these issues. That’s not the point. The point is, the presence of these agendas in schools reveals that those who control the public education system in this country, and those groups who can wheedle their way in, are truly heinous people who fervently believe children are blank slates, little machines waiting to be programmed, and nothing more.

We are talking about a most profound cynicism concerning human beings and what they are made of. We are talking about the view that humans are absolutely and only mind-controlled devices that require the proper software and the Go signal to live their lives and think their thoughts under the supervision of lines of code.

Get this straight. It doesn’t matter what software codes you might prefer. What matters is that children are being put at auction to the highest and most persistent bidder.

If you can’t grasp this big picture, I suggest you look and see what software is operating you.

References to guns, representations of guns, and thoughts about guns are now targets for a big-time purification/eradication campaign in schools. It’s an innovation in the mass hypnosis operation. It’s happening in schools because that’s where the children are. That’s where they can be corralled and controlled. That’s where the federal money keeps the lights on and the toilets flushing and the checks coming. It’s called leverage. Behind their big bucks, the feds play a tune, and the teachers repeat it, over and over and over.

Catholic Church, "No Deal, Obama" (on abortion and contraceptive mandate)
archives most recent
More from Beliefnet and our partners
previous posts