Calvin’s Commentary: How can this be? I know that I heard that Obama was going to make America beloved by the entire world, if we just elected him. After all, he is the neo-messiah.  (wink, wink) Must be Bush’s fault. ▬ Donna Calvin ▬ Tuesday, February 5, 2013 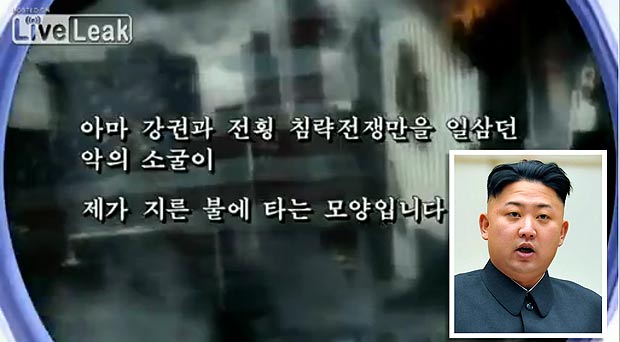 Kim Jong-un, the Supreme leader of North Korea pictured left above →↑
Video is captioned in the Korean language – Video poached Michael Jackson’s peace anthem “We Are the World”

Chilling … video shows city being attacked, with flag in the background

NORTH Korea has poached Michael Jackson’s peace anthem “We Are the World” to soundtrack a chilling video showing a US city under missile attack.

The propaganda movie depicts a smiling lad dreaming of a regime rocket being launched into the air and travelling to America.

The three-and-a-half minute vid then shows a mystery city full of skyscrapers being attacked with multiple explosions, while the Stars and Stripes flag flutters in the background.

Captions on the screen written in Korean say: “Somewhere in the United States, black clouds of smoke are billowing.

The Video below that I found on You Tube does not carry the audio of Michael Jackson’s “We Are the World” in the background.

NOTE: To see and hear the video with the Jacko’s copyrighted song “We Are the World” that the North Koreans stole, you’ll have to watch it by clicking the hyperlink below; however, there’s a note on that web site about accepting cookies.
http://www.thesun.co.uk/sol/homepage/news/4779745/north-korea-releases-video-of-missile-attack-on-america.html#ixzz2K4gq8x8a

“It seems that the nest of wickedness is ablaze with the fire started by itself.”

The video ends with the lad concluding that his dream will “surely come true”.

“Despite all kinds of attempts by imperialists to isolate and crush us… never will anyone be able to stop the people marching toward a final victory,” it said. 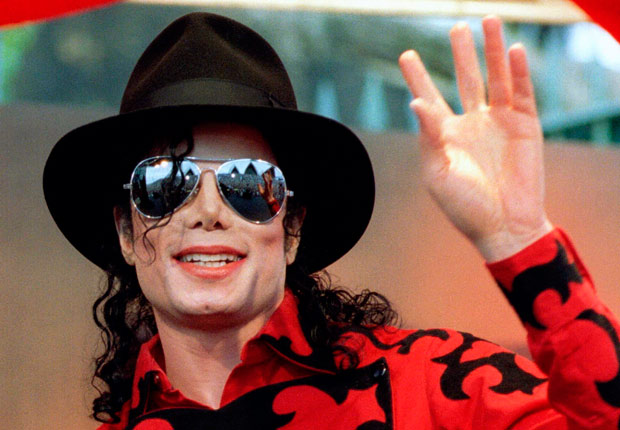 Tune … North Korea video has Jacko song in background
The film has emerged on the day that South Korea warned that a nuclear test by the North “seems to be imminent”.

We Are the World was written by Michael Jackson and Lionel Richie in 1985 and recorded as a charity single by USA for Africa.

It sold more than 20 million copies and topped charts throughout the world.