Calvin’s Commentary: Who wants insane people to have access to guns! No one, but hold on a second! Consider this…If you have an elderly parent you’re caring for with Alzheimer’s, this could enable Obama’s Jack-Booted Nazi Thugs to come for your guns. If you have a teen who makes a crazy Facebook post and is on Ritalin, here come the BATF to confiscate your guns and ammo! Think not? Wait and see! Remember Ruby Ridge and Waco!  The fundamental changes coming to America are going to be so far reaching they will become unbearable – and when you’re finally so overburdened, you won’t be able to do a thing about it because you’ll be like the unarmed Jews in Hitler’s world. I’m not suggesting you fire on a government official, but I do say this, “Take them to court.” Impeach Obama! Do everything in your legal and legitimate powers to stop this madman with a madman’s agenda to destroy and take away all your unalienable rights and freedoms! Organize your neighbors. Teach your children the truth! Get involved in a pro-life, conservative, active Bible-preaching-teaching church.  Listen to Pastor Ernie Sanders radio program, “What’s Right, What’s Left, the voice of the Christian Resistance.” (See right-hand → sidebar → under “disclaimer” → for links to What’s Right, What’s Left radio program.) Go to “The Blaze” < http://www.theblaze.com/ > and read what Glenn Beck has to say.  Listen to Quinn and Rose, America’s Morning Show – go to www.WarRoom.com they are terrific! – Time is growing short and every second wasted is another second you’re losing your God-given, U.S. Constitutional Rights!!! ▬ Donna Calvin ▬ Wednesday, January 16, 2013

President Obama is using the national debate over gun violence to push for further action on his health care law, including insisting on the kind of mental health coverage states must provide under their Medicaid programs.

Mr. Obama, unveiling his gun proposals Wednesday barely a month after the deadly school shooting in Newtown, Conn., will make it clear that his health law, known as the Affordable Care Act, allows doctors to ask patients whether they have guns in their homes, and will tell them they are able to report any threats of violence they hear to police.

The president also will lay out the mental health coverage that all insurers will be required to provide under his signature-achievement law.

Those are some of the 23 executive actions Mr. Obama plans to take whether or not Congress acts on his broader recommendations, the White House said.

Other moves including offering incentives for schools to hire police; finally naming a new director of the Bureau of Alcohol, Tobacco, Firearms and Explosives (ATF); and requiring federal authorities to trace all guns recovered in their criminal investigations.

Mr. Obama also will call on his secretaries of education and health and human services to hold a national dialogue on mental health. 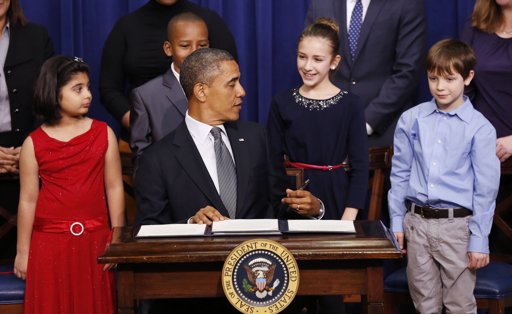