Calvin’s Commentary: I hate cigarettes. I do not smoke! I don’t like being anywhere in the same area where people are smoking. It smells horrible and it chokes me. Moreover, my daughter has asthma and it is even worse for her. HOWEVER!!!!!!!!! I do not want any government jerk saying that cigarettes should be a banned substance and the smokers should have to spend money going to a doctor to get an Rx to get their cigs. More than smokers and smoke, I loathe the overbearing government who think they should run our lives. Moreover, it will start with cigs and then progress to diabetics or obese people needing an Rx from their doctor to eat at McDonalds or buy potato chips, butter, or too much red meat. I’m tellin’ ya’, that’s around the corner! There is no end to what the government stalinists want to control in our lives. And with Obama-Kill’em-All-Uncare, imagine how long it will take you to get into see a doctor for real troubles if you have to get in line to see your doctor behind those seeking medical marijuana and cigs! And do you really want your doctor having to report to the bureaucratic spies (that is already currently required by every doctor under Obama-Kill’em-All-Uncare for every one of your ills and Rx’s) in DC that you smoke or eat something unhealthy? It’s none of their darn business! And think of this, you think we have road rage and mass murder now, think of all the people who are going to be going whacko for a hit of nicotine if their Rx runs out and they can’t get into see their doc because of long Obama-Kill’em-All-Uncare lines!  Consider the state of mind of someone you might unknowingly cut off on the Interstate and think of what those consequences will be if his Rx ran out and he’s without cigs for any length of time!  What a bunch of idiots?  Who elects these jerks to office anyway?  BTW, Mitch Greenlick, the debrained-democrat-jackass who thought this one up is a member of the Democratic party!  What else you’d expect him to be, one of the 1%? There is nothing in the Constitution to allow this kind of oversight by government!  It’s just plain NUTS!  Also, to sell cigs, you’d have to end up getting a license, so the Democrats have found another way to get more taxes and enlarge their already massive obese government!  ▬ Donna Calvin ▬ Thursday, January 24, 2013

SALEM, OR (KPTV) – If you’re a regular smoker, you may want to keep an eye on a new bill in the Oregon Legislature.

Rep. Mitch Greenlick, from Portland, is sponsoring a bill that makes cigarettes a Schedule III controlled substance, meaning it would be illegal to possess or distribute cigarettes without a doctor’s prescription.

Under the proposal, offenders would face maximum punishments of one year in prison, a $6,250 fine or both.

Other drugs and substances that are considered Schedule III controlled substances are ketamine, lysergic acid and anabolic steroids.

“The State Board of Pharmacy may adopt rules placing requirements and limitations on the sale or transfer of products containing nicotine,” the bill’s text says.

“I think it’s pretty crazy,” said Juan Silva of Salem. “I don’t see it going through. It’s going to be something to watch for, but I don’t think it’ll pass.”

Others see the proposal differently.

“I hope it passes and I hope people actually think about it,” said Rick Cannon of Salem. “You know there’s less and less smokers everyday because they know how bad it is for them, so I just hope people wake up and realize how bad it actually is for them.”

Greenlick also made headlines this week by suggesting a state committee look into the hiring procedure used by the University of Oregon when it named Mark Helfrich the new Ducks head coach. 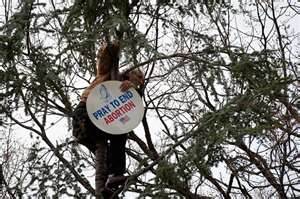