Terrorist Attacks by Muslims Continue: Islam the Religion of Peace? They Crucify Christians in Egypt!

The Muslims Call Themselves The Religion Of Peace – When There Is No Peace!

FIRST – From the Word of God – [Jeremiah 8:5-7, 9, 11-14] Why then is this people of Jerusalem slidden back by a perpetual backsliding? they hold fast deceit, they refuse to return. [6] I hearkened and heard, but they spake not aright: no man repented him of his wickedness, saying, What have I done? every one turned to his course, as the horse rusheth into the battle. [7] Yea, the stork in the heaven knoweth her appointed times; and the turtle and the crane and the swallow observe the time of their coming; but my people know not the judgment of the LORD. [9] The wise men are ashamed, they are dismayed and taken: lo, they have rejected the word of the LORD; and what wisdom is in them? [11] For they have healed the hurt of the daughter of my people slightly, saying, Peace, peace; when there is no peace. [12] Were they ashamed when they had committed abomination? nay, they were not at all ashamed, neither could they blush: therefore shall they fall among them that fall: in the time of their visitation they shall be cast down, saith the LORD. [13] I will surely consume them, saith the LORD: there shall be no grapes on the vine, nor figs on the fig tree, and the leaf shall fade; and the things that I have given them shall pass away from them. [14] Why do we sit still? assemble yourselves, and let us enter into the defenced cities, and let us be silent there: for the LORD our God hath put us to silence, and given us water of gall to drink, because we have sinned against the LORD. (emphasis added)

Calvin’s Commentary: Although the following item posted lists Muslim terrorist attacks from the past and doesn’t list any of the attacks by Muslim terrorists from more recent days, it is timely because it shows how blind the America people are to what is taking place right before their eyes and they are ignoring it. Instead they buy that Islam is the Religion of Peace even after all these Islamic terrorist attacks committed by Muslims who hate the west and the Judeo-Christian God of the Bible Who promotes freedom, not destruction and death, and our western form of governance that was set up to uphold that worldview. The religion of Islam, which the liberal left in the USA, the politically correct, the criminally negligent U.S. media, the members of the Muslim-sympathizing U.S. Democrat Party, all agree that it is to be called the Religion of Peace. Meanwhile, the Joe-6-Packers who are absorbed more in the most recent football game and latest sport’s talk show and soccer moms who are absorbed in the Oprah’s and Ellen Degenerous’ don’t even question why, just like at the massacre at Ft. Hood by a Muslim terrorist who infiltrated the U.S. Military, a psychiatrist, who slaughtered 13 unarmed military personnel and 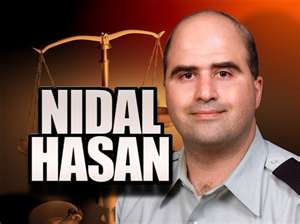 wounded many others, was able to accomplish his heinous act. Why? While the Islamic terrorist was armed, our military personnel weren’t allowed to carry loaded weapons at Ft. Hood. [Sidebar: Unfortunately heaven help us Joe 6-Packers and soccer moms still vote – and they vote for Obama and the Democrat Party!] The slaughtered at Ft. Hood were helpless then, just like the Marines at our U.S. Embassy in Benghazi, Libya, were unarmed and helpless, when they were murdered along with Ambassador Stevens by more Muslim terrorists AGAIN! Oh, what a Religion of Peace. Note the word of God above ▲. God says that He will not tolerate an abomination and Obama has turned our military into an abomination. Recently Obama, Secretary of Defense Leon Penetta, and the Pentagon said that sodomy in the U.S. Military personnel is allowed and even ogled over them who perform these abominations. They said that the U.S. Military could march in the sodomite parade in California in June Sodomite Pride Month, 2012, wearing full military uniforms. Leviticus 18:22 says that sodomy is an abomination. Read the above ▲ Word of God again and think about how stupid the U.S. has remained since the early onset of the Islamic terrorists attacks – and we aren’t getting any smarter as the attacks continue and intensify! Obama supports the Muslim Brotherhood. The Muslim Brotherhood is at the base of these Islamic terrorist attacks. Moreover, most Americans have no clue that the Muslim Brotherhood has endorsed and supports Obama! We have an axis of evil stretching from Washington DC to the Middle East where the headquarters for the Muslim Brotherhood is located in Cairo, Egypt! In Egypt at the epicenter this Axis of Evil, the Muslim Brotherhood is where they are torturing then crucifying Christians naked before the palace, Jews and any Muslim dissenter who say anything against the Muslim Brotherhood that Obama supports!  ▬Donna Calvin ▬ Monday, September 17, 2012

CRUCIFIXIONS ARE HAPPENING IN EGYPT – CARRIED OUT BY THE MUSLIM BROTHERHOOD 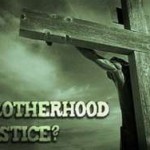 A lot of Americans have become so insulated from reality that they imagine that America can suffer defeat without any inconvenience to themselves..

Pause a moment, reflect back.

These events are actual events from history… 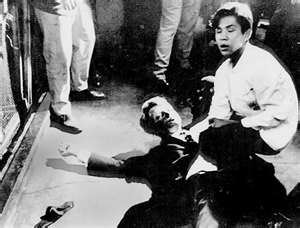 2. In 1972 at the Munich Olympics,athletes were kidnapped and massacred by Muslim males. 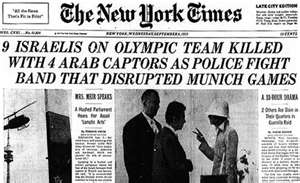 3. In 1972 a Pan Am 747 was hijacked and eventually diverted to Cairo where a fuse was lit on final approach and it was blown up shortly after landing by Muslim males. 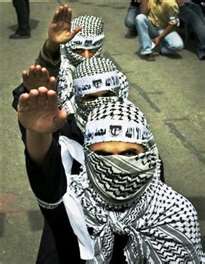 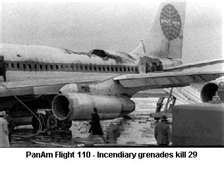 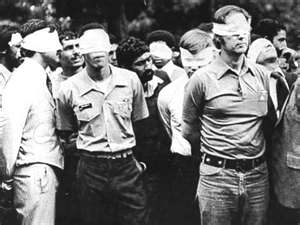 6. During the 1980’s a number of Americans were kidnapped in Lebanon by Muslim males. 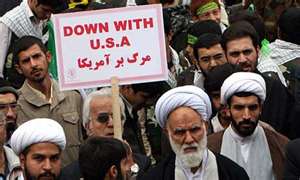 7. In 1983, the US Marine barracks in Beirut was blown up by Muslim males. 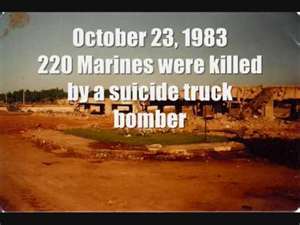 8. In 1985, the cruise ship Achille Lauro was hijacked and a 70 year old American passenger was murdered and thrown overboard in his wheelchair by Muslim males.

9. In 1985, TWA flight 847 was hijacked at Athens , and a US Navy diver trying to rescue passengers was murdered by Muslim males. 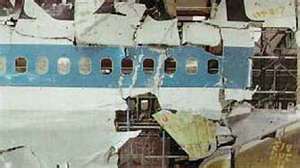 11. In 1993, the World Trade Center was bombed the first time by Muslim males. 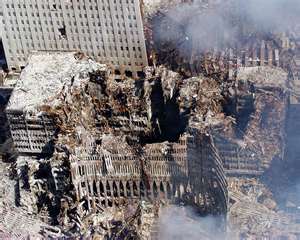 12. In 1998, the US embassies in Kenya and Tanzania were bombed by Muslim males. 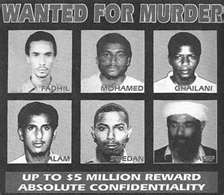 13. On 9/11/01, four airliners were hijacked; two were used as missiles to take down the World Trade Centers and of the remaining two, one crashed into the US Pentagon and the other was diverted and crashed by the passengers. Thousands of people were killed by Muslim males. 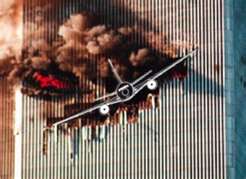 14. In 2002, the United States fought a war in Afghanistan against Muslim males. 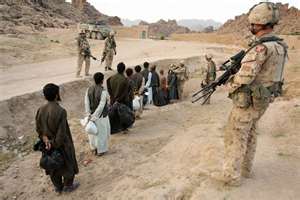 15. In 2002, reporter Daniel Pearl was kidnapped and beheaded by — you guessed it — Muslim males.

No, I really don’t see a pattern here to justify profiling, do you? So, to ensure we Americans never offend anyone, particularly fanatics intent
on killing us, airport security screeners will no longer be allowed to profile certain people…

They must conduct random searches of 80-year-old women, little kids, airline pilots with proper identification, secret agents who are members of the President’s security detail, 85-year old Congressmen with metal hips, and Medal of Honor winner and former Governor Joe Foss, but leave Muslim Males alone lest they be guilty of profiling.

Have the American People completely lost their Minds,

or just their Power of Reason???

Let’s send this to as many people as we can so that the Gloria Aldreds and other stupid attorneys along with Federal Justices that want to thwart common sense, feel ashamed of themselves — if they have any such sense.

As the writer of the award

so aptly put it,

‘Stupid Is As Stupid Does’

Each opportunity that you have to send this Watchwoman on the Wall post it to a friend or media outlet…do it!

Words of Winston Churchill in a speech before the British Parliament in 1939 ring true today:

Links – Sodomy in the Military

(if links do not work, copy and paste)

DISCLAIMER: Beliefnet puts paid advertisements on “Watchwoman on the Wall” blog site including some that would never be approved of by the King James Bible, Pastor Ernie Sanders of Doers of the Word Church, What’s Right-What’s Left Radio Ministry, the Voice of the Christian Resistance, Geauga County Right to Life and Donna Calvin.  We at www.WRWL.org do not condone, endorse, adhere to, practice or believe in many of the topics and some of what other bloggers promote or their religions at Beliefnet.  However, Mrs. Calvin has no control of what Beliefnet displays.   She blogs at Beliefnet because she is in the missionary field ministering to true believers posting articles and commentaries informing pro-life, conservative Christians of recent anti-Christian acts and hostile legislation to God’s Agenda and His Will for the world.  Hopefully, unbelievers will read these along with the salvation message of Jesus Christ as written in the Gospel of John, Chapter 3, according to the King James Bible, and be saved.  A missionary must go into the unbelievers’ territory to reach them.  Her mission is to Proclaim Warning to a Nation that has forgotten their Lord and Savior Jesus Christ, the only Truth, the Life, and the only Way to the One God the Father. (Posted 09/17/12) 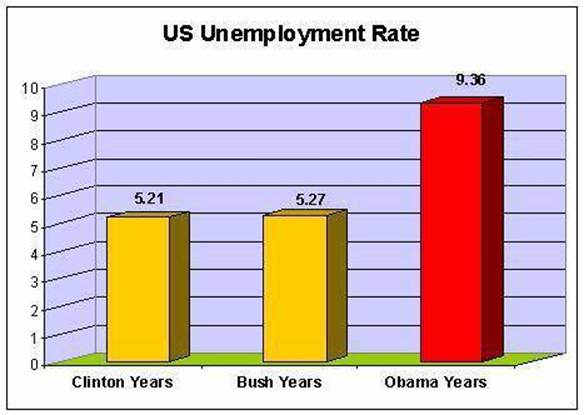