Watchwoman’s Comments: Just remember, today it is Pastor Salman, tomorrow it could be your Pastor, and this could be you the next day! The hostility towards Christians is mounting daily and it’s mounting exponentially! The longer Obama and his crew of sodomites and Christian-haters are in power, the more evil and bolder they are becoming! If we Christians don’t take action now, tomorrow it will be too late. If you don’t like the thought of sleeping on a thin mattress cot with an open toilet in your cell, you had better take action now before you won’t be able to! Remember, the $12,180 fine and 60 days in jail is not the end. He is on probation for 3 years so anything he does will be subject to worse fines and jail time. ▬ Donna Calvin ▬ Wednesday, July 11, 2012

Pastor Michael Salman of Phoenix, Arizona has just been sentenced to 60 days in jail and fined over $10,000 for conducting home church services with about 20 people on weekends. He did refuse to apply for “dozens” of permits in order to hold such services. If you care to do anything proactive, send the Phoenix City Government a message that you are outraged. The email addresses for the Phoenix Mayor and City council are here. Just copy and paste them in your email BCC:

[Note – Depending on your email program, you might have to change the semi-colon separators ; to a comma , ]

I am disgusted after reading the national reports about Phoenix, Arizona jailing and fining a Christian minister for having worship services in his home, where 30 or 40 Christians could gather, just as much as his neighbors could have regular poker parties – on their private property.

According to news reports, you have demanded that Pastor Salman apply for “dozens” of city permits before he be allowed to worship on his property. These actions performed by Phoenix – including the jailing and fining of the minister – are certainly a blemish, a stain, and shameful.

(Reword to fit your own experience) I have been to Phoenix, once, and have friends in the area, and I will avoid doing business with, or traveling to Phoenix for this outrageous action. And, I notice that you have just proudly given some sort of extra benefit to gay partners, as well as display, in your local museum, a city sponsored art exhibit titled, “Day Of The Dead” – how fitting.

Information compiled that Watchwoman found in a Phoenix newspaper item from Thursday, Jan 17 2008 and some additional comments: Salman, is called by his neighbors, a “religious fanatic,” who believes in creation, not evolution.  According to county records he paid $707,000 for the property that is in dispute.  Being a pastor isn’t his full-time job.  Salman works at a family-owned credit-card processing company; his wife, in addition to raising four kids (in 2008), is a licensed real estate agent.  Currently, according to the most recent news item I found, from June, 2012, Salman is the owner of Mighty Mike’s Burgers — as well as being an ordained pastor, which he studied for in prison and where he got his ordination papers. He and his wife have been hosting Bible studies on their 4.6 acre property since 2005.  One of Salman’s neighbors dug up his past and found that he had spent time in prison for a drive-by shooting and got his other neighbors aroused enough to sign a petition against him and offers everyone they can find information on every thing that they consider outrageous that he has ever done or said.  In prison he was saved by the Lord Jesus Christ in his cell while in solitary confinement.  He was no angel in prison and was accused of selling drugs.  He was also in trouble (a misdemeanor charge) for impersonating a police officer when he dressed up like one to tell an older man to keep away from one of the children of his “parishioners” at the request of the girl’s parents — even after he had been a pastor.  Salman wasn’t always a pastor; in fact, in my observation about him, he reminds me of having the zeal of a ministry that ministers to those in prison and who are on the streets because like the harlot in the Bible who was forgiven of so much they have an ardor far beyond the goodie-two-shoes who grew up in a church all their lives and got saved from never having committed very many sins.  It reminds me of the type of the Nicky Cruz’s, who have been saved by the likes of the Pastor David Wilkerson’s in his ministry to New York City gang members.  Wilkerson successfully changed through the Gospel of Jesus Christ, many gang-bangers from the wrong side of life to God’s Side of the Law that was written about in a book, “The Cross and the Switchblade,” and later a movie, starring Pat Boone as David Wilkerson and Erik Estrada (in his screen debut) as Nicky Cruz.  Cruz was a very evil gang-banger in New York City, a teen gang member whose life was transformed by Wilkerson’s ministry. The book was written in 1962 and was made into a movie in the 1970’s.  Before Salman’s current troubles, he was a very troubled youth, a real gang banger, but after he got saved, he got on fire for the Lord and has been scrapping with the law since, but for a much different cause.  Also, it sounds like Pastor Salman may have gotten involved with a group like the “Freemen,” because in 1994, Salman had filed paperwork claiming that he belonged to the Embassy of God. That meant, the document claimed, that he didn’t need to follow United States law.  For the rest of the January 17, 2008  story, go to … http://www.phoenixnewtimes.com/2008-01-17/news/michael-salman-wants-to-build-a-church-in-his-backyard-his-neighbors-aren-t-buying-it/

I wrote a cover story more than a year ago about the dispute between Salman and his neighbors. At the time, Salman publicly spoke of building a big church in his backyard; he was thinking 4,200 square feet. Petrified about the impact that such a big project could have on property values, the neighbors did whatever they could to stop him, from lobbying City Hall to hiring a lawyer.

The neighbors dug up Michael Salman’s criminal history — he did time for a drive-by shooting before finding Christ while in prison — and accused him of preaching at a neighborhood park with a megaphone, aiming the speakers toward their homes. He fired back by producing witnesses who attested that Councilman Claude Mattox had branded him a “religious zealot” at a neighborhood meeting. It was bad blood all around.

TOMORROW CHECK BACK WATCHWOMAN ON THE WALL BLOG FOR A VIDEO OF PASTOR SALMAN’S MESSAGE OF SALVATION IN HIS OWN WORDS.

DECIDE FOR YOURSELF IF PASTOR SALMAN IS A FANATIC! 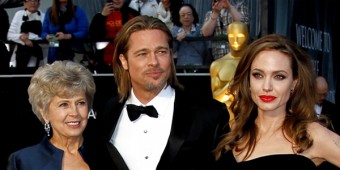