Farrakhan: ‘My God Will Wipe This Country (USA) From the Face of the Earth’

The Real Louis Farrakhan in His Own Words on GBTV

Glenn Beck’s highly anticipated special exposing the true face of Nation of Islam leader of over 30 years, Louis Farrakhan, aired Thursday evening on GBTV. What was revealed might shock you.

When weighing the idea of featuring an expose on this notorious figure, security experts expressed concern over Beck’s desire, given the Nation of Islam’s violent history. As such, there could very well be consequences for telling truths such as this.

After careful consideration, Beck and his team decided to move forward and examine “one of the most dangerous organizations in America.” Since the fall-out could be great, however, Beck said the benefits must then outweigh the risks. “The benefits rely on you,” he told the audience. He said that if the information conveyed in this special is not disseminated by viewers to their friends and family, the risk taken will have been in vain.

In fact, so important to Beck is the following profile of Farrakhan, that portions of the special will be made available without subscription on both The Blaze and GBTV so that viewers can share the information freely.

“Tonight you will see the enemy within our own walls,” he began.

Putting Farrakhan and the Nation of Islam in Context

Despite Farrakhan and Nation of Islam’s goal to destroy America, Beck said the group manages to stay largely “beneath the radar,” garnering little attention from the media. Yet there are likely few people who have not heard of Westboro Baptist Church, which the mainstream media has managed to use as the “poster child of Christianity.” Ironically, Westboro Baptist church boasts a meager membership of roughly 40 people, most of whom are family members. Compare these numbers with the Nation of Islam, which maintains a staggering 50,000 active members.

So, tens of thousands of people with a militant-bend are being indoctrinated with a barrage of race-fueled venom. In the special, Beck uncovered the Nation of Islam’s history of violence, its ties to the left, and its engagement in a rabid strain of anti-Semitism and anti-Americanism.

All are different groups with different paths to travel, but, according to Beck share a common goal. Islamists seek to establish a caliphate, and thus, an authoritarian state, but can only do so through the annihilation of the West. Anarchists, on the other hand, seek to realize utopia through the destruction of Western government. Meanwhile, socialists and Communists consider their public enemy No.1 to be the West. Farrakhan, too, has been an outspoken critic of the West and has even vowed that “his Allah” would wipe it “from the face of the Earth.”

Historically, strange bedfellows have banded together to defeat a common enemy — in much the same way as Islam’s Grand Mufti conspired with Adolf Hitler to annihilate the Jewish race. Beck believes Farrakhan has found such strange bedfellows in other radical movements across the country.

A mentor and role model for militants

Some might ask why, after Farrakhan’s peak in the 1970s and early 1980s, is Beck focusing on the controversial Nation of Islam leader now. Surely, Farrakhan’s hate-filled rhetoric is no longer shocking. But Beck explained why Farrakhan is still relevant on the world stage, namely as a powerful role model and influence for a growing movement of black radicals — in particular the New Black Panthers.

Beck revealed to viewers an interesting fact about the Black Panthers, in particular that much of the militant group’s growth and power can be directly tied to the Nation of Islam.

A protégé of Farrakhan’s, a young Khalid Abdul Muhammad would go on to become the Nation of Islam leader’s personal assistant, and later, leader of the New Black Panthers.

For reference, Khalid’s real name is Harold Moore Jr. “Khalid” was a name given to him by Farrakhan himself, meaning “warrior.”

Muhammad gave a speech at a New Jersey college in 1993 in which he called Jewish people “bloodsuckers,” criticized the pope and accused Jews of being responsible for the slave trade. Sound familiar?

While Muhammad was forced to step down, he landed on his feet, quickly rushing to the aid of the then-floundering New Black Panthers and growing the movement to a presence in 40 cities around the world.

Malik Zulu Shabazz is the current chairman of the New Black Panthers and another rising militant mentored by Farrakhan.

Malik Zulu did not fully denounce the call to “kill cracker babies,” nor did he fire King Samir. All have remained in good stead with the Nation of Islam. Being unable to even bring themselves to denounce calls to murder babies is, as Beck pointed out, a nod to “how warped” this group of subversives really is.

While America surely has enemies outside its borders, what concerns Beck at present, are the enemies within them. The mainstream media is in denial about these homegrown enemies, even though they walk the same streets as everyday Americans.

Considered by many to be the man who ordered the assassination of Malcolm X, Farrakhan has not shied away from his past ill deeds. It is for this reason, perhaps, the content of this special was not difficult to unearth. Below, Beck delves into the long and tarnished history of the Nation and its flagrantly bigoted leader:

From embracing anti-American forces in Iraq, to receiving the Moammar Gadhafi Prize for Human Rights; from denigrating American hallmarks like the pledge of allegiance and Star Spangled Banner to saying “his god” will “wipe” America “from the face of the earth,” Beck reveals how Farrakhan is a clear and present danger.

A history of anti-Semitism

Farrakhan is also perhaps best known for is his animus for the Jewish people and Israel. Even a rudimentary online search will yield dozens of quotes in which Farrakhan denigrates Jews, reducing them to “dogs,“ ”leeches,“ the spawns of ”Sodom” and worse.

In another clip, Farrakhan’s rampant Holocaust denial and anti-Semitic vitriol is uncovered. He also believes “the Black Holocaust” is far worse than the “Jew Holocaust.”

Below is a sampling of just a mere fraction of his typical vitriol. Most of the remarks were made over the course of years during Farrakhan’s “Saviours’ Day” rally hosted in Chicago:

“In 100 years, they [Jews] control movies, television, recording, publishing, commerce, radio, they own it all. Magazines. Why do you want all, everything?”
“Did you know that the Koran says that Jews are the most violent of people. I didn’t write it, but I’m living to see it.”

Farrakhan has also attempted to undermine the relationship between Jewish people and African Americans, saying Jews have only pretended to aid blacks in their “civil rights struggle.“ He has gone on to claim Jews ”leech” off black entertainers by becoming their managers, and later, draining them of all their money. Another of Farrakhan’s familiar narratives, other than his affinity for Holocaust denial, is his conspiracy theory that Jews were slave owners and traders who dehumanized blacks.

During the night’s broadcast, special guest Erick Stakelbeck joined Beck to discuss the Nation of Islam leader and the movement’s checkered past. He said that while Muslim leaders around the world do not condone Farrakhan, Islamists will work with him simply because they share common enemies.

According to Stakelbeck, the Nation of Islam was a movement spawned in prison and comprises hardened ex-convicts. As a movement, it has, “always been violent.” One of the Nation’s tenets states that white men were “created in a lab” by a “mad scientist,” Stakelbeck informed.

Malcolm X was one of the movement’s “leading lights,” but broke from the movement. After his Hajj to Mecca, X saw that the Nation of Islam was not operating in accordance with what he came to view as the true nature of a “peaceful” Islam. Malcolm X’s house was subsequently firebombed and later, he was assassinated. Many believe Farrakhan was the one behind the murder, and while never proven, the Nation of Islam leader rejoiced in X’s death and openly called him a traitor. He also never denied playing a part in the assassination.

The Nation employs a tactic of “dividing and conquering” Stakelbeck said, particularly where 9/11 is concerned. Farrakhan said the terrorist attack that claimed the lives of 3,000 was actually engineered by the United States government to launch a war against Islam.

America is a “greedy, devious aggressor,” according to Farrakhan.

Ties to the American Left

Obama said he found Christianity through Reverend Wright, yet Wright and Farrakhan traveled to Libya together to meet with Gadhafi and each have claimed to be one another’s friends. They are “thick as thieves in Chicago,” Stakelbeck said. Chicago, of course, is both Wright and Farrakhan’s hometown.

Beck and Stakelbeck break down the connections — from Farrakhan‘s support of Occupy Wall Street to Al Sharpton’s support for the New Black Panthers — and some startling ties are revealed. 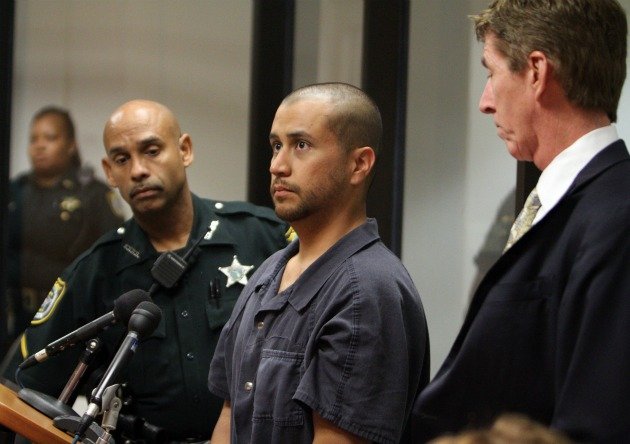