Watchwoman: Thinking about it from another vantage point  …….   HEADS UP KARL ROVE!!! ……..  Dems Throw Hispanic Vote Up for Grabs bringing Black Martin’s parents to Capitol Hill while throwing Hispanic Zimmerman under the bus while a $10,000 Black Panther Bounty offered up for Zimmerman, DEAD or ALIVE  …….  If Republican strategists are any way savvy, they should be jumping all over this making a convincing argument showing how the Democrats are racists and bigoted towards the Hispanics and how this will cost Democrats and Obama the Hispanic vote they covet, even more than Clinton lusted for Monica!  Republican strategists should show Obama in a hoodie throwing Hispanics to black panthers ripping them to shreds!  That’s what the Dem’s would do??? Aye?  ▬ Donna Calvin

Family of shooting victim to testify to House committee

Martin’s parents and family attorney are expected to attend a forum on racial profiling, hate crimes and “stand your ground” deadly force laws, sponsored by Democratic members of the House Judiciary Committee.

The shooting has generated outrage across the country, with 18 rallies Monday alone and more on Tuesday.

Members of Mt. Ennon Baptist Church in Clinton, Maryland, marched in front of the Department of Justice on Tuesday, calling for charges against Zimmerman.

“We want to keep this issue before the public because if it goes away, we believe what happened to Trayvon Martin could go away, as well,” said the Rev. Delman Coates, the church’s pastor.

Members of a home school association for high school students also marched in Washington, calling on President Barack Obama to demand a full-scale civil rights investigation into the incident.

One student marcher carried a sign reading, “It could have been me.” Others carried Skittles, the candy Martin had when he was killed.

Martin died February 26 when neighborhood watch volunteer George Zimmerman shot him after calling police to report him as a suspicious person.

On Tuesday, some members of Congress took to the House floor to speak about the case ahead of the afternoon forum.

“Trayvon Martin is one of the two people who at least deserve a fair trial,” Rep. Al Green, D-Texas, said. “He deserves a fair hearing on what happened that day. He cannot speak for himself but there is evidence that speaks volumes about what happened on this occasion.”

House Speaker John Boehner, R-Ohio, called the case tragic, but declined to comment beyond that.

“It’s being investigated by state and federal officials, which I think is appropriate, and I think I’ll leave it at that,” he said.

Tensions continue to simmer over the case, with a new flare-up in New Orleans, where the NAACP asked the organization’s national leaders to come to help defuse anger over the comments of a New Orleans police officer.

“To say that I’m angry is an understatement. I’m furious,” Serpas said.

New Orleans NAACP President Danatus King said the organization was planning a rally on April 7 and a march April 21.

Meanwhile, the special prosecutor in the case continued efforts to sort out the facts of the February 26 incident.

Zimmerman has said he killed Martin in self-defense after the 17-year-old attacked him. Martin’s family and supporters said they believe race played a role in the shooting. Zimmerman was questioned, but has not been charged, because police said they did not have evidence to contradict his account.

Martin, who was unarmed, was African-American. Zimmerman is a white Hispanic. His family has said he has been wrongly portrayed as a racist.

In a recording of his call to police, some people hear what sounds like a possible racial slur. CNN enhanced the sound of the 911 call and several members of CNN’s editorial staff repeatedly reviewed the tape, but could reach no consensus on whether Zimmerman used a slur.

On Monday, more questions arose in the already murky case, with Sanford police confirming the details of an Orlando Sentinel report, which cited unnamed authorities saying Zimmerman told them Martin punched him in the nose after the two exchanged words.

Police said Monday the Sentinel account is “consistent with the information provided to the State Attorney’s office by the police department.” The newspaper reported that Zimmerman said Martin then repeatedly punched him and slammed his head into the sidewalk 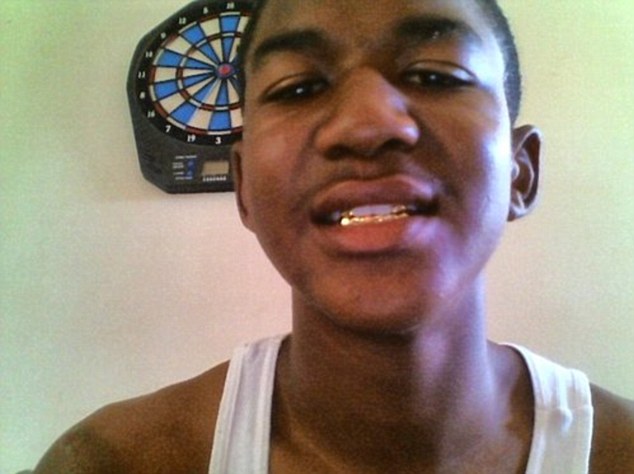