Watchwoman: I cannot use the term “Planned Parenthood” with a good Christian conscience remaining intact.  PP has nothing to do with parenthood and every thing to do with destroying the possibility of being a parent! They are Planned Predators!  They prey upon the most innocent and quiet of all, the unborn children.  I didn’t think this new policy of Komen’s would hold together.  I didn’t trust Susan G. Komen and neither should you!  They caved to the pressure.  Here in Cleveland, OH, for example, Cleveland City Councilman, Democrat Zach Reed, promised on the TV news last night that he would immediately introduce a bill that would band the issuing of any permit for the Susan G. Komen foundation to have another fund raising event on the streets of Cleveland!  I mean Planned Predators went all out and rallied their evil, blood-thirsty troops of witches to make sure the murdering and bloodletting continue in their abortion mills of death, destruction, mayhem and unimaginable torture. Like Rose and Jim Quinn < www.WarRoom.com > say, “The blood of the innocent babies murdered in abortion mills is the unholy eucharist of the feminists.” (unquote)  Murdering babies, that’s the real hate crime!  The bullying the sodomites claim is done by youngsters who act strange in public government schools is more often done by the leftist hate groups of greed than by children in schools to other children. Murder is illegal. Why should the age of the person be determinate in the punishment or lack thereof?  Does that mean if someone murders your 2-year old child they should get less punishment than if they murder your 50-year old child?  And remember, Obamacare pays for murdering the unborn!!!!!!!!  This is another reason why abortion has to be deemed illegal once again like it was always in the USA prior to Roe v. Wade, 1973.  What is the matter with you deadheads who can’t figure it out saying, “I’m not for abortion, but I believe that every woman should have a right over her own body.”  Well, brainless and brainwashed, what about the unborn baby girl?  ▬  Donna Calvin

Just days after earning nationwide applause for severing its ties to Planned Parenthood, the breast cancer charity group Susan G. Komen for the Cure announced Friday it has revised its grant-making policy in a way that will allow the abortion megaprovider to remain eligible for funding.

After top board members resigned in protest and more than 50 liberal members of Congress complained, Komen founder Nancy Brinker issued a statement saying the group “will amend the criteria to make clear that disqualifying investigations must be criminal and conclusive in nature and not political.”

Abortion advocates claim the current congressional investigation of Planned Parenthood is “political,” because, according to The Huffington Post “some of its clinics offer abortions.”

Stearns made it clear what actions led to the investigation.

“I will continue the investigation into Planned Parenthood’s use of taxpayer funds,” he said in a statement today. “This oversight is necessary because of its record of fraud discovered through state Medicaid audits and its other abuses and illegal activities such as ignoring state reporting requirements on sexual abuse.”

The Komen Foundation left unaddressed its other reason for the short-lived announcement that it would no longer fund Planned Parenthood: The abortion seller does not perform mammograms. Instead, it takes the money Komen provides and refers women to other clinics; until today, the Komen Foundation thought it would be more fiducially responsible to fund mammogram providers directly.

“It is truly unbelievable that the nation’s largest abortion provider has been able to take what has been considered one of America’s most well respected and beloved organizations and demonize it overnight for simply making their grants results-oriented. Planned Parenthood is putting their abortion ideology above the health of women,” said Jeanne Monahan, director of the Family Research Council’s Center for Human Dignity.

Americans United for Life President Charmaine Yoest, whose life was saved after a mammogram revealed her breast cancer, described abortion advocates’ response to Komen as “an ugly and disgraceful shakedown that highlights Planned Parenthood’s willingness to pursue a scorched-earth strategy to force compliance with their pro-abortion agenda.”

“It’s mystifying how an organization can fully articulate sound reasons for eliminating a funding relationship, then turn around and capitulate on that reasoning within days,” she said. “This is an example of how difficult it has become for organizations to take a morally principled stand. It’s also evidence of the strong-arm tactics employed by pro-abortion allies of Planned Parenthood. Komen would do well to remember who is it partnering with — a group that will stop at nothing to keep its funding.”

Austin Ruse, president of the Catholic Family and Human Rights Institute, urged the life advocates who’ve been applauding Komen this week to take a wait-and-see approach.

“At this point, pro-lifers should cease their support of the Susan G. Komen Foundation. We know there are five more Komen grants to Planned Parenthood in the pipeline,” he concluded. “If any more come up, we will know we have lost and Planned Parenthood has won.”

Read The Washington Post’s story about how the American Association of University Women blacklisted the Komen Foundation from participating in its community service programs unless they fund Planned Parenthood. 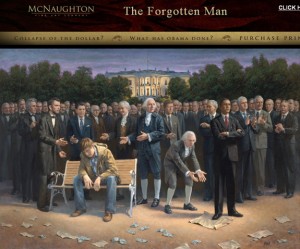