Watchwoman: The out-of-control government will only start here banning sugar tasty treats because in this group of food stamp receivers is where hardly anyone is, so this group has few, if any to stage a major complaint campaign, so the legislators know they can get away with it and not be opposed.  They are merely caving into the much more powerful food Nazi’s lobby.  The people in the category of food-stamp recipients don’t wield enough power or money to wage a campaign against the food police, but the food Nazi’s do have money and power from the media, to Hollyweird, to the educrats, to Michelle Obama.  Listen up, my friends, I guarantee it — this won’t be the end of the food wars, not until every piece of sugar and butter, i.e. trans-fat, are banned from your local supermarkets and will only be available to the wealthiest people who can afford to pay almost $800 a pound for butter, like they do in Norway. This government wants absolute power over everything you do including your health care and what you’re allowed to eat and who you’re allowed to pray in the name of.  You can take it to the bank, my freedom loving silent friends, this controlling communist government has to be stopped and only you and you and you and you and you can do this, first by getting educated, then educating others, and by voting for freedom-loving, constitutional abiding lawmakers; otherwise, you’ll find yourself living in the clutches of the evil government’s hellish plan to continue taking piece by piece complete control of your life and every decision.  Freedom is found in Jesus Christ and no other way.  Our country has to repent of it’s evilness and it’s national sins of abortion and the wide acceptance of sodomy — or — this country is doomed! Why?  Just read the two Bible verses below and the quote below.  I pray for you, dear readers, “Please, God open their ears and drop the scales from their eyes, in the Name of Jesus!”

Spengler’s Universal Law #20: Democracy only gives people the kind of government they deserve. If people are evil,  the expression of their will through democracy may produce an evil government.
— David P. Goldman
Source: How Civilizations Die, pg. 128

Know this, too, that it is not only Democrats that have the evil agenda of controlling every one and every thing on planet earth. Note below it is a Republican in Florida introducing this evil take over your choices bill. — Donna Calvin 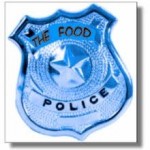 Bill: No sweets with food stamps

Cookies, cakes, more would be banned from Florida program

FORT LAUDERDALE, Fla. – A Florida lawmaker is pushing a bill that would ban the use of food stamps to purchase snacks and sweets, such as cookies and cakes.

Republican State Sen. Ronda Storms, of Valrico, says her goal is to stop a small percentage of recipients who misuse food stamps.

Her bill would also require food stamp recipients to take state-run classes on healthy eating and how making your own baked goods is cheaper than store-made sweets.

The bill is moving through state committees in Tallahassee.

Critics say the government shouldn’t be telling people what to eat.

Democratic Rep. Gwyndolen Clarke-Reed, of Pompano Beach, also says the educational provision is demeaning to minorities and the poor by implying they aren’t smart enough to make their own choices.