In a recent email, I read about a woman named Pam, who knows the pain of considering abortion.

More than 24 years ago, she and her husband Bob were serving as missionaries to the Philippines and praying for a fifth child.

Pam contracted amoebic dysentery, an infection of the intestine caused by a parasite found in contaminated food or drink.

She went into a coma and was treated with strong antibiotics before they discovered she was pregnant.

Doctors urged her to abort the baby for her own safety and told her that the medicines had caused irreversible damage to her baby.

She refused the abortion and cited her Christian faith as the reason for her hope that her son would be born without the devastating disabilities physicians predicted.

Pam said the doctors didn’t think of it as a life, they thought of it as a mass of fetal tissue.

She recalled making a pledge to God with her husband: If you will give us a son, we’ll name him Timothy and we’ll make him a preacher.

Pam ultimately spent the last two months of her pregnancy in bed and eventually gave birth to a healthy baby boy August 14, 1987.

He preaches in prisons, makes hospital visits, and serves with his father’s ministry in the Philippines.

His current role as quarterback of the Denver Broncos has provided an incredible platform for Christian witness.

As a result, he is being called The Mile-High Messiah.

Tim’s notoriety and the family’s inspiring story have given Pam numerous opportunities to speak on behalf of women’s centers across the country.

Pam Tebow believes that every little baby you save matters.

I pray her tribe will increase!

May the peace of our Lord Jesus Christ be with you always!

Tim Tebow Related posts: (If hyperlinks below fail to work or you get a message saying, “not found,” copy and paste  the line beginning with ” http:// etc.” into your web browser’s window.) 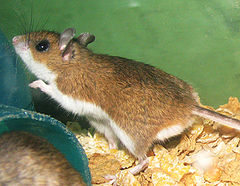 DC Law Mandates Rats Cannot be Exterminated, but Relocated Alive with Their Family
archives most recent
More from Beliefnet and our partners
previous posts