…before they get returned to the library and I forget about them. Although this first one might get purchased at some point: 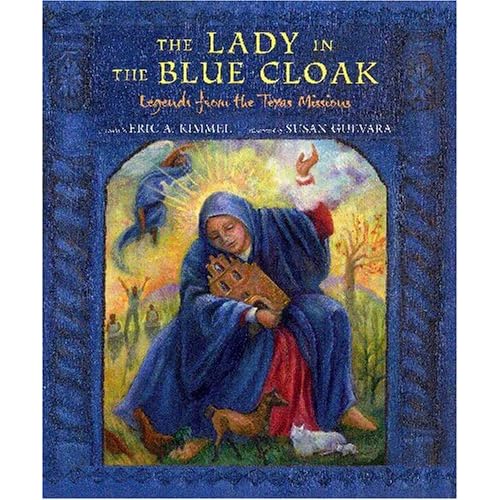 This book was published this summer – it is really lovely, and I’m sort of surprised no one thought of doing this before – a collection of legends from the Texas missions. Kimmel culled Adina de Zavala’s classic collection History and Legends of the Alamo and Other Missions in and around San Antonio for the 6 stories he retells and that are wonderfully illustrated  by Susan Guevara. Not exactly 5-year old friendly – I only read Joseph a couple – most of the others wouldn’t interest him too much, and there’s only one picture per story – Joseph loves to examine the pictures in books carefully, searching out suprising details and funny jokes.  I’d say this was more an 8 and up kind of book.  Up to your age, perhaps? 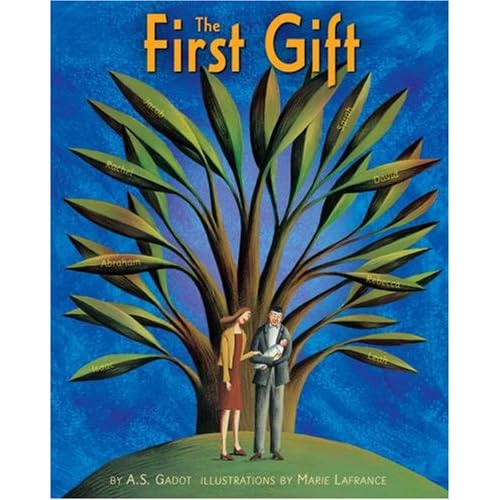 This one was 5-year old friendly. Short and gentle, woven in a Jewish framework, a simple book about the "first gift" parents give their children – a name. It begins with David, then jumps back to Adam, who was named by God and given the job of naming the animals, and then forward to the child today – the child reading the book, children around the world, and then another, modern child, also named David. It could probably be a bit longer, but we liked it. Finding "Joseph" in the text – always a big thrill – probably contributed a great deal to that, I’ll admit.