Update: Turns out I was right.

This year’s Coachella music festival has been quite the success.  From an inspiring performance by Radiohead to a surprise song from Tupac, it has been… wait, Tupac?  Tupac is dead, right?  It’s true, he is, but, he rose from the grave in 3D hologram form to perform for the first time since, well since he died I guess.  He appeared to the audience and rapped right alongside Snoop and Dre, though he had aged a lot less.  Reactions to this tremendous occasion have ranged from creeped out to thrilled beyond all measure, but what is shocking is how seemingly accepted it was by the crowd. 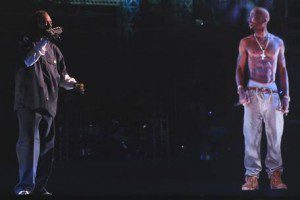 Sure, it is an interesting novelty, like Elvis appearing at the Grammys a few years back, but is this where it ends?  This event isn’t the first to showcase people’s acceptance of holograms in place of real people – megachurch pastors have been at this for years – but it’s the first time I have seen it done for a live, reactionary concert audience.  Seeing it only evoked one reaction in me – fear.  Fear because the Tupac tour, or the Amy Winehouse tour, or the Johnny Cash tour, or even the Michael Jackson tour, those things are probably coming.  If you think there isn’t someone seeing dollar signs while watching this video then you just haven’t been paying attention to the state of the industry. 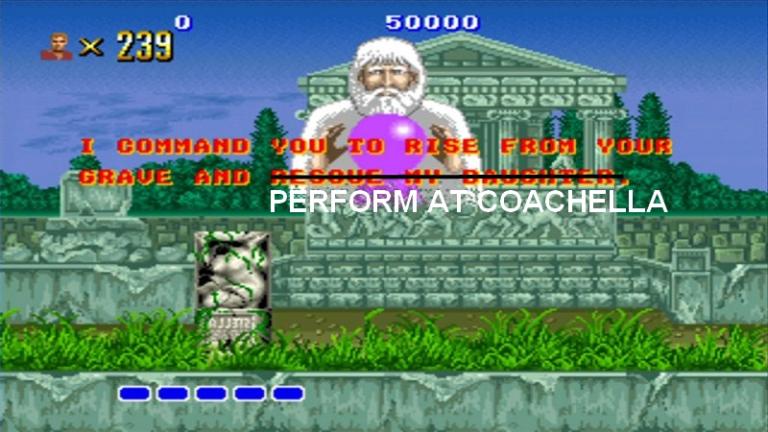 Many artists get exploited throughout their careers, but never in such obvious ways.  Can’t we let them have peace?  Or is the current landscape of major label music so downtrodden that we have to dig up holograms to be entertained?  I imagine that the audience who would fork over hundreds of dollars in ticket sales to Ke$ha would probably do the same for a hologram of Michael Jackson.  At some point, what’s the difference?  Such a plan may not be sustainable into the next generation, but that isn’t usually something that the moneymakers are concerned with.

Perhaps bringing artists back from the dead is just the thing that will put the major record labels to death.  How poignant would that be?

The Sing-Off Episode 2!!
archives most recent
More from Beliefnet and our partners
previous posts