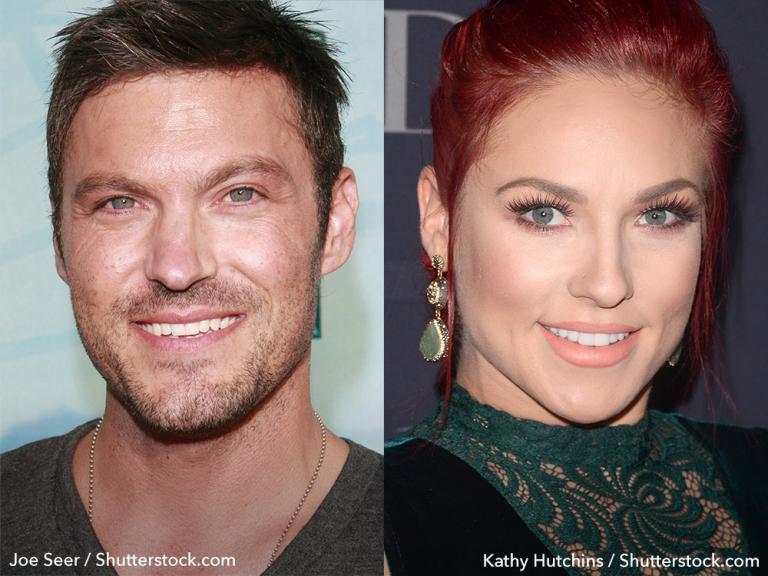 “Dancing with the Stars’” Sharna Burgess announced the birth of her first child with boyfriend and actor Brian Austin Green in an Instagram post on June 30th. The baby, Zane Walker Green, was born on June 28th, and the dancer shared that, “My heart is now forever outside my body.” The image on her post shows the baby’s hand holding Green’s finger.

Green and Burgess began dating in 2020 after Green officially finalized his divorce from actress Megan Fox, after over 10 years of marriage. There were a few bumps, however, before the pair wound up together. Burgess and Green had been originally slated to be partners for season 29 of “Dancing” but Green pulled out, leaving Burgess to partner with Hallmark’s Jesse Metcalfe. Burgess considered this a good thing for her and Green’s relationship because, as she told Parade.com, “I don’t ever get romantically involved with my partners.” Yet despite that miss, it seemed fate would connect them through more traditional means.

In an interview with People, the couple stated that they had been introduced by a mutual business manager for a coffee date.  “On our first date, we just completely lost track of time and the same thing happened the next time. It became something noticeably different from anything I’d ever experienced before,” said Green. Their budding relationship was soon tested as they quarantined together through the pandemic. “I was grateful for that because it allowed us to really take our time and it was really awesome,” said Burgess in regard to the experience. The relationship became Instagram official January 2021, with the couple documenting their romance with various posts ever since. In February of this year, Burgess first shared that she and Green were expecting a baby through an Instagram post while they were vacationing in Maui. The baby was delivered via C-section about a week before his due date and Burgess has shared about her post-partum recovery through Instagram.

This is Burgess’s (37) first child. Green, who will be 49 on July 15th, shares three children with his ex-wife Megan Fox, as well as his oldest, Kassius, with ex-girlfriend, Vanessa Marcil. Burgess shared the first full image of baby Zane on Sunday and gushed over him in a caption, saying, “I don’t yet have words that can do this justice. I know I look at him and well up with tears at how cracked wide open my heart is and how deeply and unconditionally I love him. I know I’ll never be the same again, ever.”

“They said it wouldn’t last!” Victoria and David Beckham Celebrate 23 Years of Marriage
archives most recent
More from Beliefnet and our partners
previous posts

Actress Mila Kunis sat down with “Entertainment Tonight” to discuss her new film, Luckiest Girl Alive and also talked about her husband, Ashton Kutcher’s, recent health scare. In an episode of “Running Wild with Bear Grylls” last month, Kutcher revealed that he had recently suffered from a rare form of the disease vasculitis. “[It] […]

Hailey Bieber Denies Rumors She Dated Justin Bieber While He Was With Selena Gomez: “…it was very much completely closed.”

Hailey Bieber joined the “Call Her Daddy” podcast with host Alex Cooper Wednesday. One area, in particular, Cooper and Bieber discussed were the rumors of a rivalry between Hailey and Selena Gomez, Bieber’s former on-again-off-again girlfriend. “I respect her; there’s no drama, personally,” Hailey said after stating she had in fact talked to Gomez […]