Unhappy Marriages Can Lead to Death

After conducting research that contained over 30 years of data, researchers concluded that men who are unhappily married or even think they have a bad marriage are at a higher risk of death due to conditions such as a stroke or blocked arteries.  They also noted that the rate at which these conditions developed was similar to that of tobacco smoking and men who had an inactive physical lifestyle.

‘Our study shows that the quality of marriage and family life has health implications for life expectancy,’ said study author Dr. Shahar Lev-Ari.

When the study began in the 1960s, participants were in their 60’s and were asked to rank their marriage with 1 being satisfied and 4 being unsatisfied. The participants who had responded that they were unhappy were almost 70 percent more likely to die from a stroke. The authors of the study found that overall 19 percent of the unhappy participants risked premature death versus the satisfied participants.

It is crucial for a couple to seek out counseling when issues arise in the relationship to preserve mental health and increase the chance of a longer life.

The study had 10,000 participants of which over the course of 40 years, 5,736 participants died and 595 of those participants died from a stroke. The younger participants were seen to have a higher risk than that of the older subjects possibly due in part to just accepting things in life and adjusting to the relationship.

These findings are consistent with studies that shown how we handle stress can help prevent premature stress. By looking for ways to alleviate or reduce the stress in your life you are essentially saving your own life.

Arguments that can be identified as emotional distress can and will lead to health problems. In a study conducted by Jessica Chiang of Northwestern University with fellow researchers concluded that people who activated their “fight or flight” system repeatedly experienced a greater risk of developing health issues ranging from chronic illness to depression to premature death.

It is important for couples to keep their communication open and their mental wellness transparent. If your spouse is showing signs of unhappiness, then your marriage is at risk which then threatens your very base of security being the health of both partners. By ignoring the conflicts that arise you and yo0ur partner will head down a spiral of trauma that will slowly tear you both apart.

The best solution is to find a trained specialist for counseling or therapy who can support you both on the road to recovery and better health. Research on Emotionally Focused Therapy found that 70-75 percent of couples moved from distress to recovery within 10-12 sessions and overall 90 percent were shown to have significant improvements.

You may be determined to stay in your relationship, but that willpower alone will not save you or your partner.  Equipping you and your partner with the tools you need to resolve the conflicts will help repair the damage and give you a healthier, happier, and longer-lasting marriage. 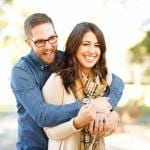 The Secret to a Stronger Marriage: Focus on Your Wife This Mother’s Day
archives most recent
More from Beliefnet and our partners
previous posts